It's time to rewrite the Constitution: Why our governments ability to decide war & peace is totally broken

When we go to war with ISIS, Congress does not declare it. When we try to make peace with Iran, Congress refuses 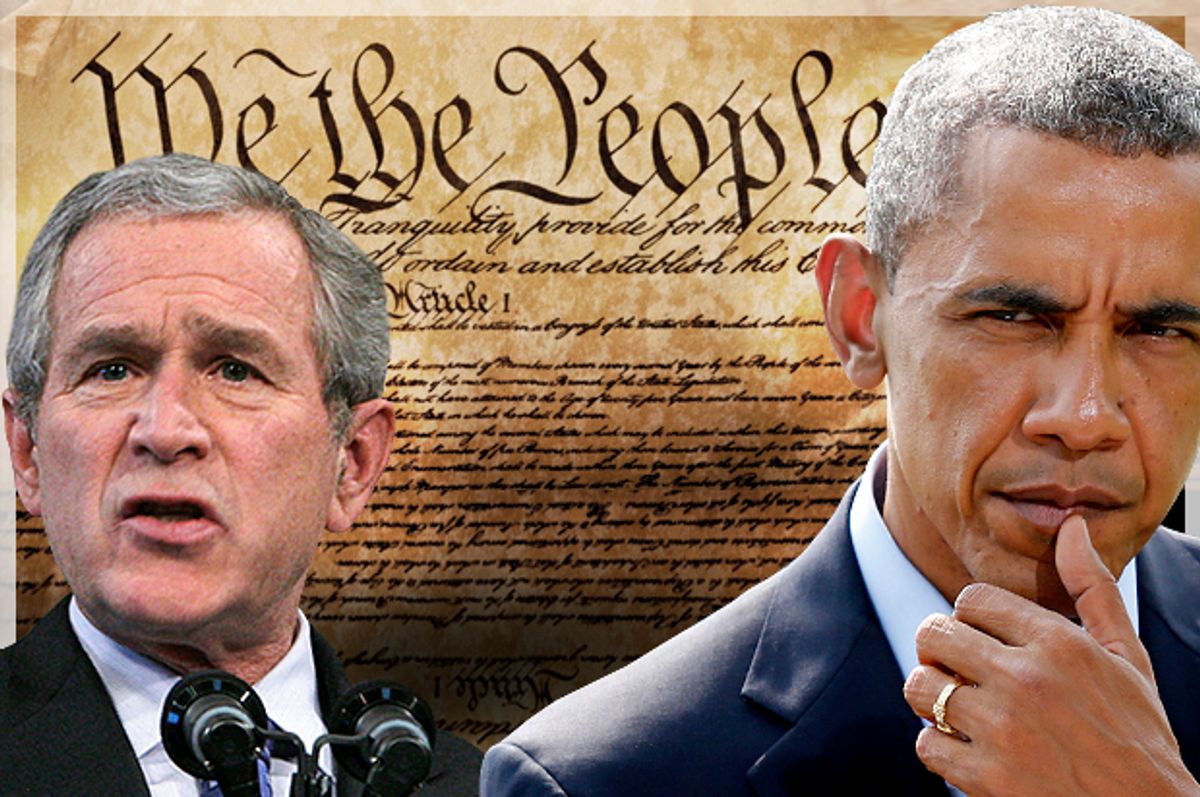 After all, while most members of Congress have proven completely disinterested in declaring a war on the Islamic State -- even though we've been at war against them for almost a year -- a large percentage Congress seems intent on squelching President Obama's  nuclear deal with Iran.

Let's deal with that first part up front: It took Obama six months before he asked Congress for an "Authorization to Use Military Force" against ISIS. But it was framed such that both Democrats, trying to place real limits on the Executive, and Republicans, pushing for ground troops, had reason to oppose it. When Congress held hearings in March, some were unhappy with the Administration's admission that they had written the AUMF to preserve flexibility. Predictably, Congress refused to pass the AUMF in that form. Republicans asked the Administration to write a new draft -- but why would they? So in spite of ongoing efforts from a few in Congress -- who believe the Legislative Branch should fulfill the role enumerated in the Constitution to declare war -- to generate some enthusiasm for actually authorizing the war that has been going on for 11 months, it is just not happening.

So, for political and legislative reasons, Congress seems unlikely to ever actually authorize this war. But unless they defund it, that won't stop the Administration from doing what it wants in the name of fighting ISIS.

Meanwhile, even before the Administration and its allies finalized the deal with Iran to limit that country's nuclear development on Tuesday, Congress passed the Iran Review Act, which gives it a review period before the Administration can remove sanctions against Iran. Because of delays in the deal, that review period will be 60 days, which means it will extend into the August recess, which has been a volatile period in recent political fights.

The Administration built in means to undercut Congress there -- the UN will get a chance to review the deal before Congress, for example, which raises the likelihood the international community will have committed to remove its sanctions on Iran before Congress gets its say about U.S. sanctions. In addition, it's likely that enough Democrats will support the bill to sustain any presidential veto over an effort to kill the deal.

So it's unlikely those in Congress who want to quash this deal will succeed, they will insist on exercising the prerogative to weigh in they guaranteed with the Iran Review Act. That is their prerogative won through earlier legislation.

But many of the same members of Congress are refusing to fulfill their duty enumerated by the Constitution: to declare war (and set some limits about the targets and geographic bounds of the war).

It's a really telling set of priorities.