The latest Donald Trump stunt: When politics becomes a sideshow, is the circus still politics?

The Huffington Post will only cover Trump's campaign as "entertainment" now. Cute. But what does that even mean? 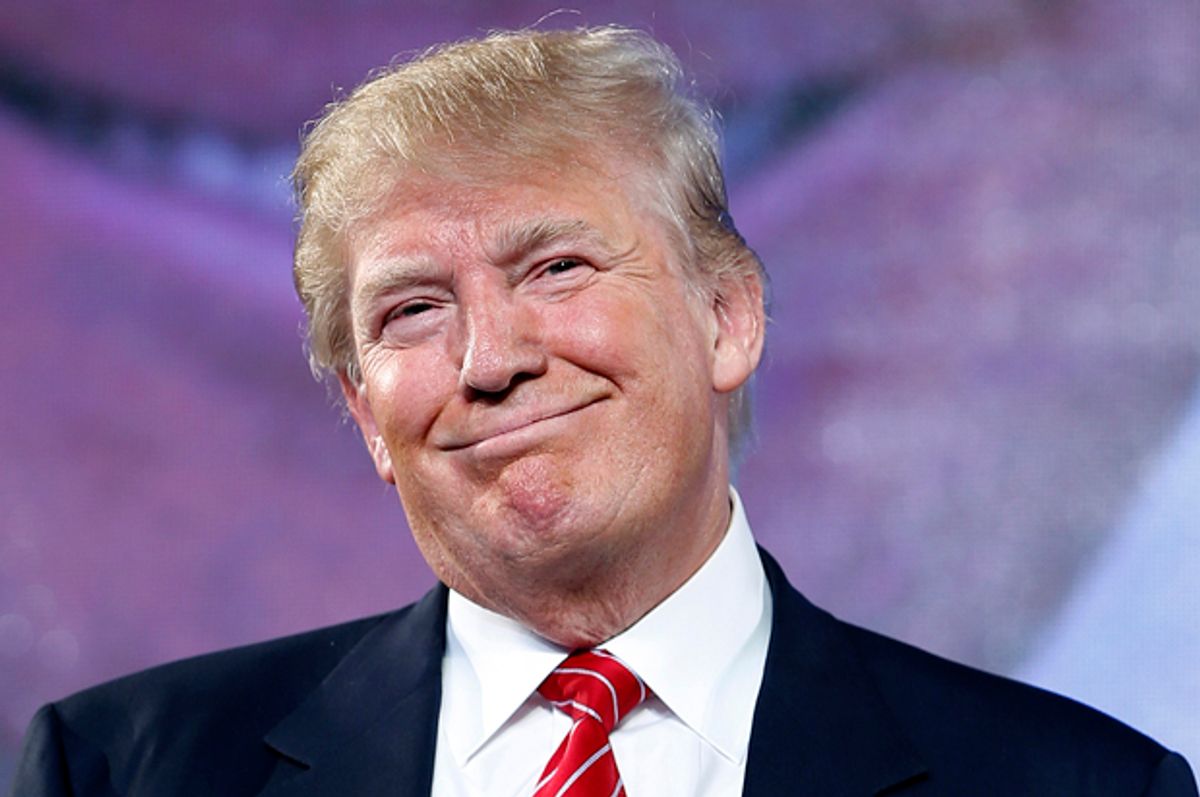 Arianna Huffington's The Huffington Post has made a big coverage decision that we shouldn't waste any time writing about but we're going to write about anyway, because hey, why not, it's Friday:

After watching and listening to Donald Trump since he announced his candidacy for president, we have decided we won't report on Trump's campaign as part of The Huffington Post's political coverage. Instead, we will cover his campaign as part of our Entertainment section. Our reason is simple: Trump's campaign is a sideshow. We won't take the bait. If you are interested in what The Donald has to say, you'll find it next to our stories on the Kardashians and The Bachelorette.

The Huffington Post has an excellent team of political reporters and writers, so it's a shame that their editors are no longer going to let them cover the figure who's leading most Republican primary polls, nationally and statewide, who's at the center of all sorts of spats with the other candidates, whose (however incoherently articulated) political statements about immigration and trade clearly resonate with a not-insignificant sector of Republican voters, who's already changed the way that other candidates talk about these issues, and who will be a central figure in the upcoming series of GOP presidential debates.

Except those reporters will, so it seems, still cover Donald Trump. They will indeed "take the bait." Here is a story from senior political reporter Scott Conroy today, filed under Entertainment, covering Trump on the ground in New Hampshire. Here is a story from associate editor Igor Bobic yesterday about Trump's donors,filed under Politics. Both of them are fine stories and very much coverage of Trump's political endeavors. It would make sense for both of them to be filed as part of their political coverage, because that's explicitly what the stories are. Stuff about Trump's television shows or beauty pageants or feuds with some celebrity or another would make sense as part of their Entertainment coverage. But keeping political reporters covering Donald Trump while filing it under Entertainment means that they think some sort of political expertise is needed in the Huffington Post's coverage of these stories.

Here's further comment from HuffPo's Ryan Grim, though, going further into what Trump stuff they will and will not cover:

"Now, the impact he's having on the Republican Party and the immigration debate is itself a real thing, and we'll cover that as substance, but anything that tumbles out of his mouth will land on the Entertainment page," Grim said.

So if he calls Rick Perry or Jeb Bush a silly butt or whatever, that will be covered as... Entertainment? Politics? It would seem like politics, since it would be one presidential candidate calling another one a silly butt. I mean, this would be a hot story -- very classy, very big ratings. But they will file it under entertainment because why?

When, say, Scott Walker says that the ban on gay troop leaders in the Boy Scouts should be kept to "protect children," is that just something entertainingly dumb that "tumbles out of his mouth," or is that a political statement intended to sway people who might be politically-minded to agree with him whose votes he needs in the midst of a political campaign? Why would pure clowns that have an even lesser effect on the race, like Mike Huckabee or Bobby Jindal, be covered at all -- under either politics or entertainment? We would not go so far as to say that "on a larger level... [the Huffington Post editors] seem to miss the point that all politics is theater." It's more that words matter in politics, and Donald Trump's words have proven to matter quite a bit in this race, so it's strange now to sideline them as pure folly.