How Cosby did it: His method of pursuing, drugging and paying off women, in his own words 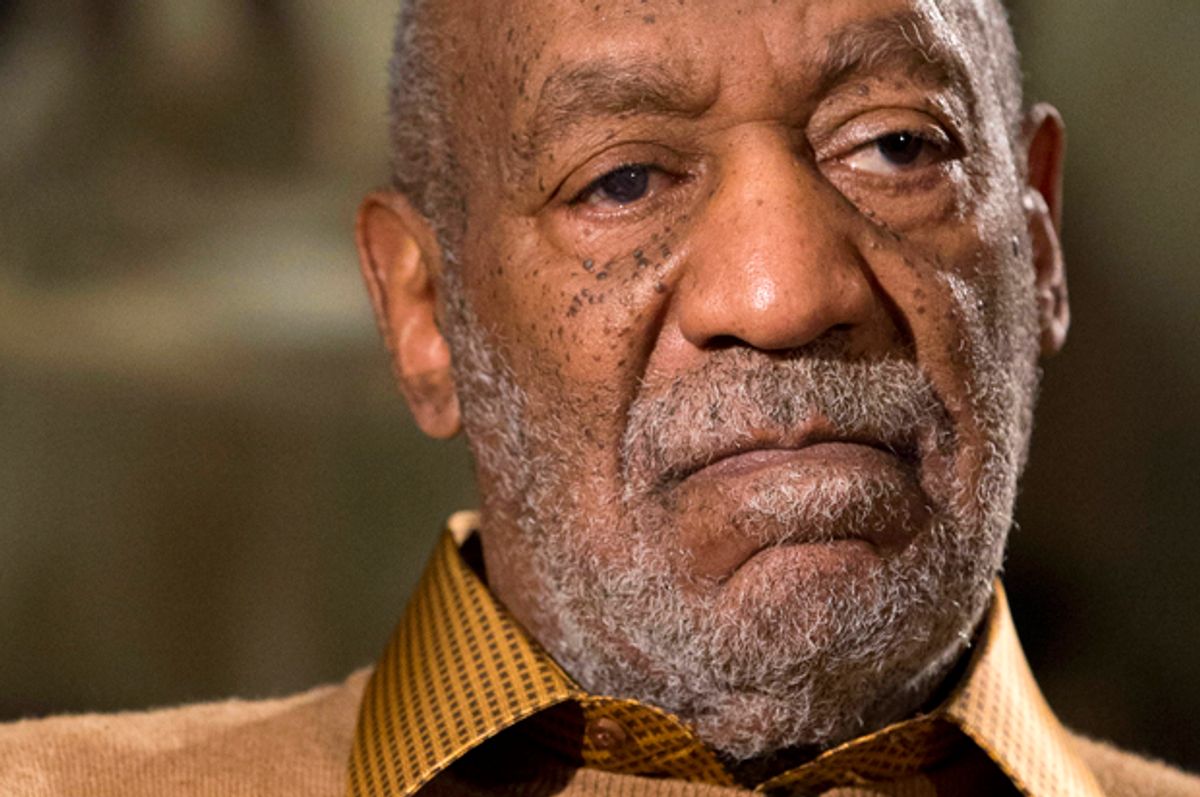 Yesterday evening, the New York Times published details from Bill Cosby's deposition for the 2005 civil lawsuit filed by Andrea Constand, a Temple University employee who accused Cosby of drugging and sexually abusing her. This deposition is related to the trial documents only recently unsealed which reveal Cosby's admission of obtaining quaaludes with the intention to give them to women before pursuing sexual contact with them.

In the deposition, Cosby admitted to pursuing young women for sex by offering them mentorship and career advice, giving them sedatives and using what the Times calls "financial sleight of hand" to conceal his activities from his wife, Camille.  The Times characterizes Cosby's attitude during the deposition as "cavalier":

He talked of the 19-year-old aspiring model who sent him her poem and ended up on his sofa, where, Mr. Cosby said, she pleasured him with lotion. He spoke with casual disregard about ending a relationship with another model so he could pursue other women. “Moving on,” was his phrase. He suggested he was skilled in picking up the nonverbal cues that signal a woman’s consent. “I think I’m a pretty decent reader of people and their emotions in these romantic sexual things, whatever you want to call them,” he said.

The details of his interest in Constand reveal an intentional pursuit of the younger woman. He described his role as a mentor, and said he would invite Constand to his house to talk to her about "personal situations dealing with her life, growth, education":

Early on in his courtship, he arranged an intimate meal alone with her at his Pennsylvania home, complete with Cognac, dimmed lights and a fire, he said. At one point he led her to his back porch, out of sight from his chef. “I take her hair and I pull it back and I have her face like this,” he said. “And I’m talking to her ...And I talked to her about relaxing, being strong. And I said to her, come in, meaning her body.”

Cosby says he later gave Constand one and a half tablets of Benadryl "to relieve stress," and that they kissed and had sexual contact. Constand then moved home to Canada, and Cosby eventually spoke with Constand's mother on the phone, because "he said he was worried that Ms. Constand’s mother would think of him as a 'dirty old man.'"

Cosby's plans to conceal his extramarital activities from his wife included "funneling money to one woman through his agent so 'Mrs. Cosby' wouldn’t find out," according to his testimony. Read the full story.