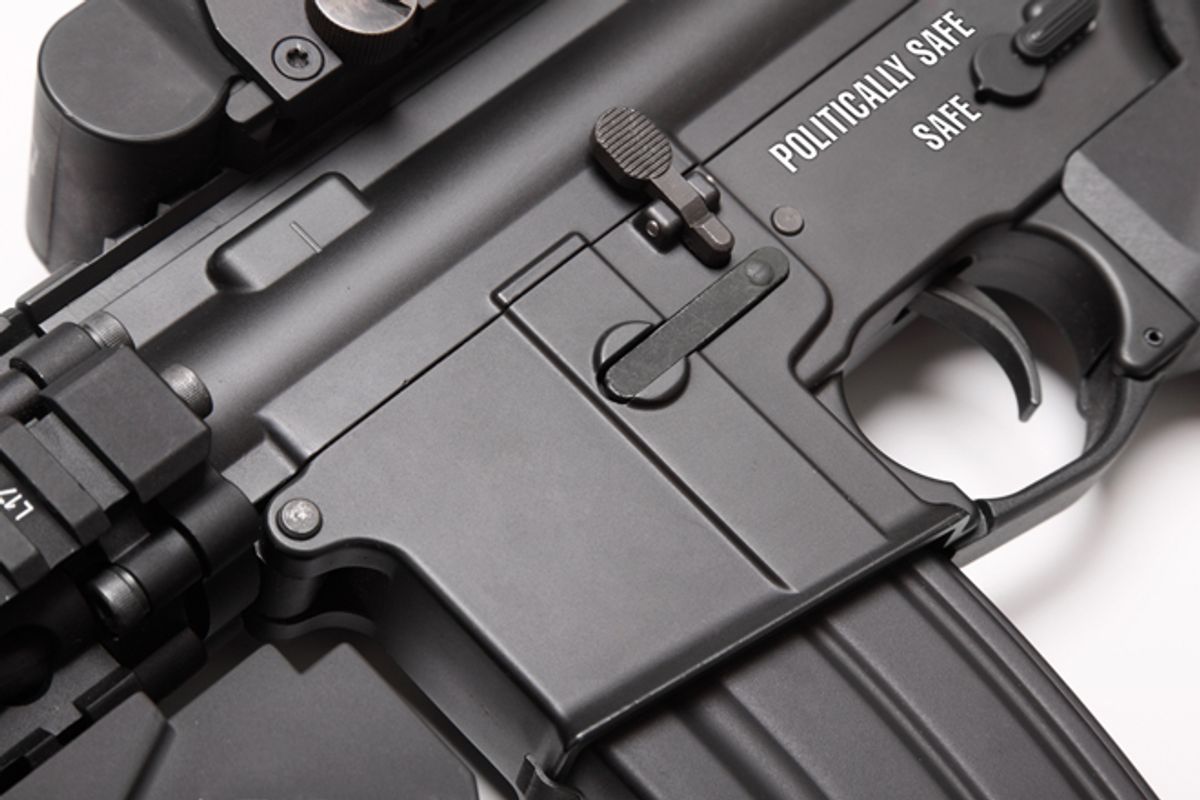 Taking a note from the disgraced California attorney who recently proposed a measure to shoot all the gays, a former evangelical pastor has recommended using guns to fight ever-expanding LGBTQ civil rights across the country. Joshua Feuerstein, a Facebook personality known for his vitriolic talk radio-style tirades, implied earlier this month that the Second Amendment is the best protection from "bigoted" anti-discrimination measures and legalized same-sex marriage.

The closely zoomed video backs up at the mention of the Second Amendment, so that Feuerstein can reveal he's holding what appears to be an assault rifle, which he brandishes close to his face. He then urged his viewers to "stand up and say 'no more.'"

"We’re not backing up any farther," the former pastor said. "We’re not going to allow a tyrannical government to try and strip away our rights as Christians and try to demonize us so that they can make the Bible bigoted.”

As the Huffington Post notes, Feuerstein cites several instances of supposed "bigotry" that are actually rather dated; most of the situations have been resolved already:

Feuerstein, who has about 1.6 million Facebook fans, mentions a man suing two Bible publishers to get the word “homosexuality” removed from the text, an Idaho pastor he says might get arrested for refusing to perform gay weddings and Oregon bakers getting fined $135,000 for refusing to bake a wedding cake for a lesbian couple. [...]

It should be noted that the "government" is not doing anything to change the text of the Bible. The lawsuit Feuerstein mentions actually took place in 2008 and was dismissed by the courts, Snopes points out.

The angry evangelist’s complaint about a pastor's arrest is also inaccurate. He’s referring to ministers Donald and Evelyn Knapp, owners of the Hitching Post Wedding Chapel in Couer d'Alene, Idaho, who filed a federal lawsuit last year claiming that the city’s non-discrimination ordinances would force them to face jail time if they refused to perform same-sex weddings.

However, the Knapps were never actually threatened with arrest or fines, city officials said at the time. Additionally, the Knapps registered their business as a religious corporation, making it explicitly exempt from the non-discrimination law in the first place.

Truly, though, it's not just Feuerstein's references that are a little off -- it's still not entirely clear what he's recommending with that assault rifle. We can only hope no one acts on their inferences.