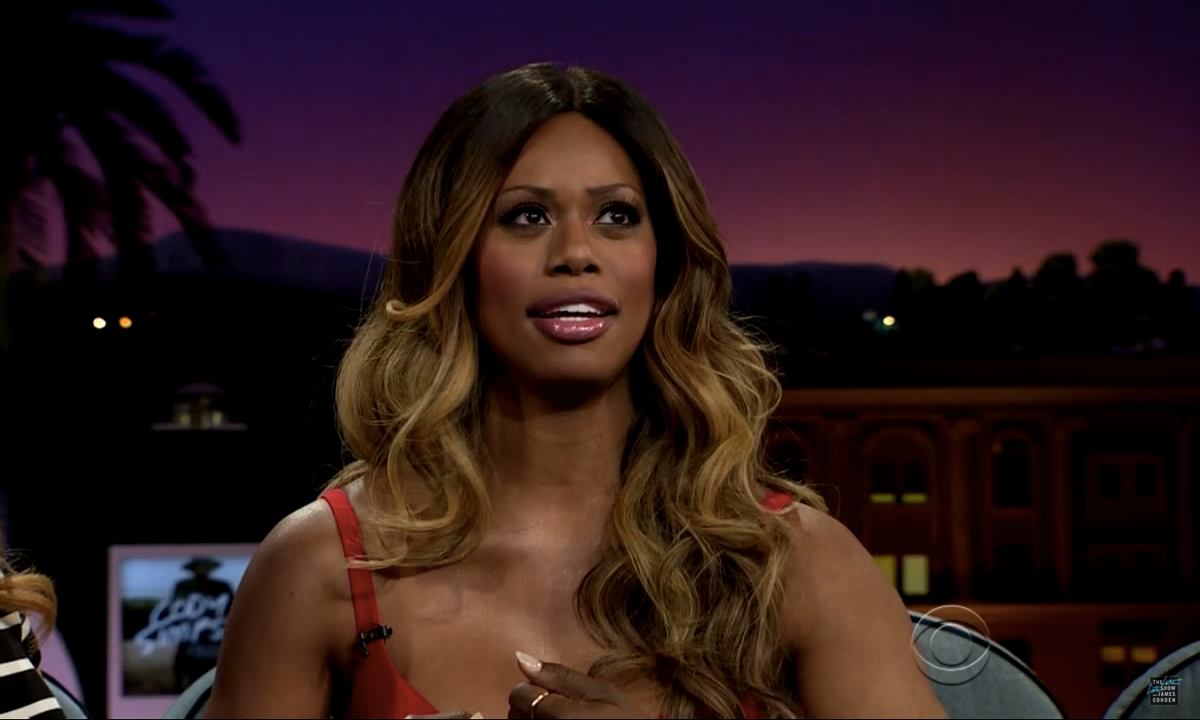 On last night’s “Late Late Show,” James Corden asked Laverne Cox what it felt like to be dubbed a trailblazer for the trans movement during Caitlyn Jenner’s instantly iconic ESPYs speech. After demurring that she was “way too young” to be a trailblazer, Cox echoed a sentiment she has been vocal about before, which is the need for diverse representations of trans people in the media. “[My experience transitioning] as a black transgender woman who was working-class and struggling to make it in New York City is completely different from Caitlyn's very public experience,” said Cox.

Cox added that she met Jenner for the first time last night, and called her “such a sweet woman,” although she says she doesn’t envy the media scrutiny that comes with being a part of the "Keeping Up With The Kardashians" clan. “Just thinking about the paparazzi life she has, I don't want that life…You’ll see in the first episode of [Jenner's new E! docuseries] that she sometimes has to change cars multiple times to dodge the paparazzi, which is just an insane way to live. There’s no way she could have transitioned privately and I think she’s doing it very eloquently and beautifully publicly."