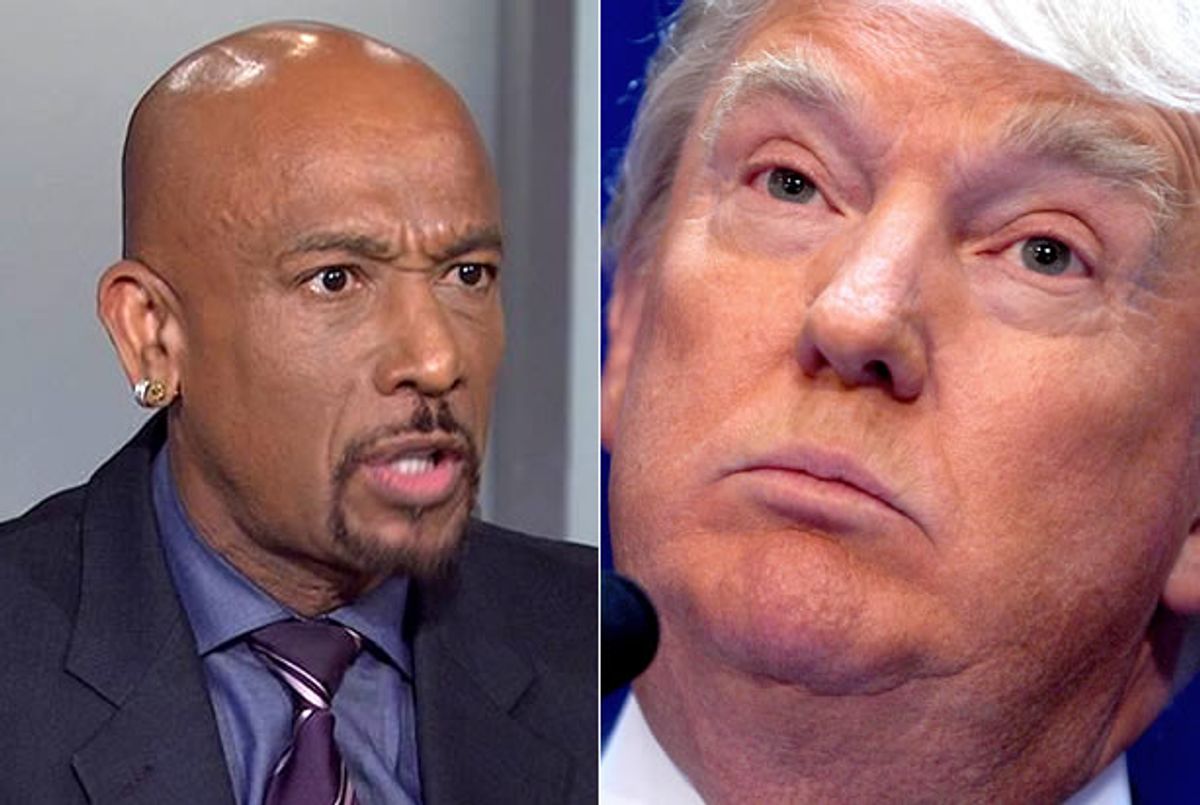 Navy veteran Montel Williams was not the least bit pleased with Donald Trump's attempt to diminish the heroism of Arizona Senator John McCain, writing on Facebook that the real estate tycoon "is a carnival barker and a punk."

He prefaced a short video -- embedded below -- by telling Trump that he shouldn't "ever disparage the service of a POW" and then claim "you will be greatest President ever for the military after you did so."

Williams said that he's never agreed with McCain's politics, but that questioning the "valor" and "dignity" with which McCain served is simply beyond the pale. "For you to make it appear that [by becoming a prisoner of war] he did something wrong -- you are besmirching the character of every veteran who has fought for your opportunity to run for president."

"I'm trying to deal with Amir Hekmati," the former Marine currently under arrest in Iran as an alleged spy. "Do you mean to tell me it's his fault that he's there now?"

"Say what you want about anything," he concluded, "but never besmirch the character of someone who put on the uniform that you punked out and didn't wear yourself."

Donald Trump is a carnival barker and a punk. Don't ever disparage the service of a POW and don't tell me you will be greatest President ever for military after you did so. Trump didn't have the courage to serve and he pulls this?Don't agree with John McCain's politics much of the time - WILL NEVER disrespect his service or question his courage.