Of course, POTUS wasn't going to leave "The Daily Show" without being asked about Stewart's favorite topic, Trump 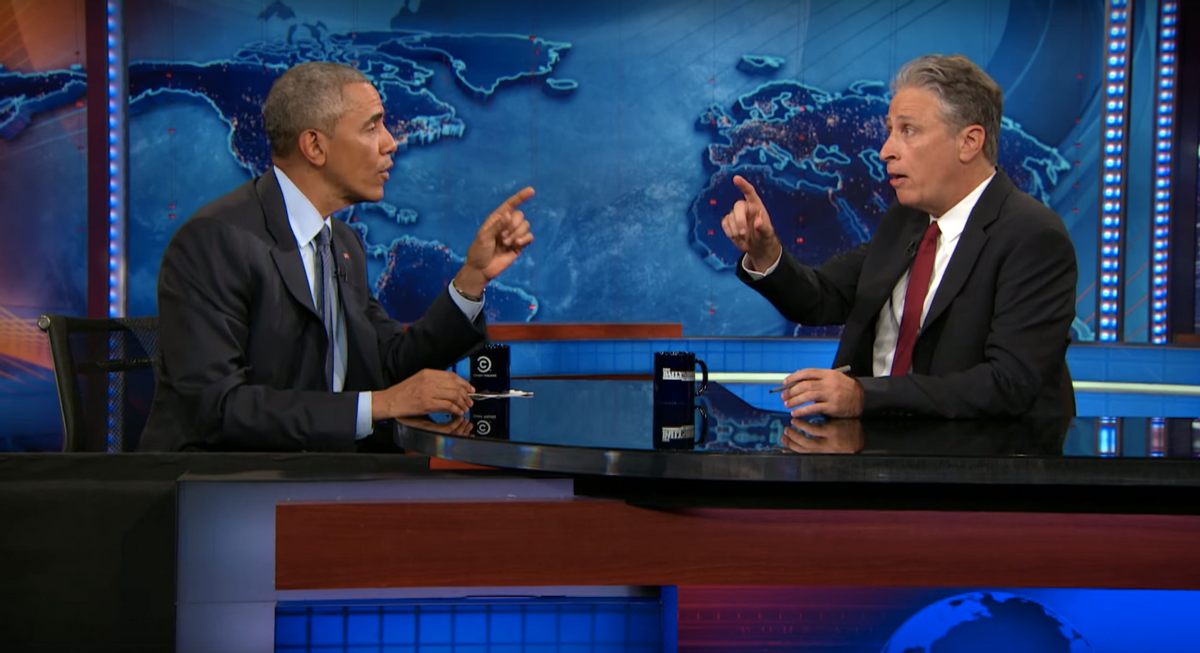 Jon Stewart quipped yesterday that, if elected, Donald Trump would become the country's "first openly asshole president." With President Barack Obama in "The Daily Show" hot seat Tuesday night, Stewart wasn't going to wrap the segment without asking him what his thoughts were on his favorite segment subject, The Donald, taking over the White House in 2016.

At the end of his "Daily Show" interview, Stewart asked Obama what advice he would "bequeath to future president Trump."

Obama restrained himself, responding calmly and tactfully: "I am sure the Republicans are enjoying Mr. Trump's current dominance in their primary."

"Anything that makes them look less crazy," Stewart fired back.