Katy Perry has entered the fray 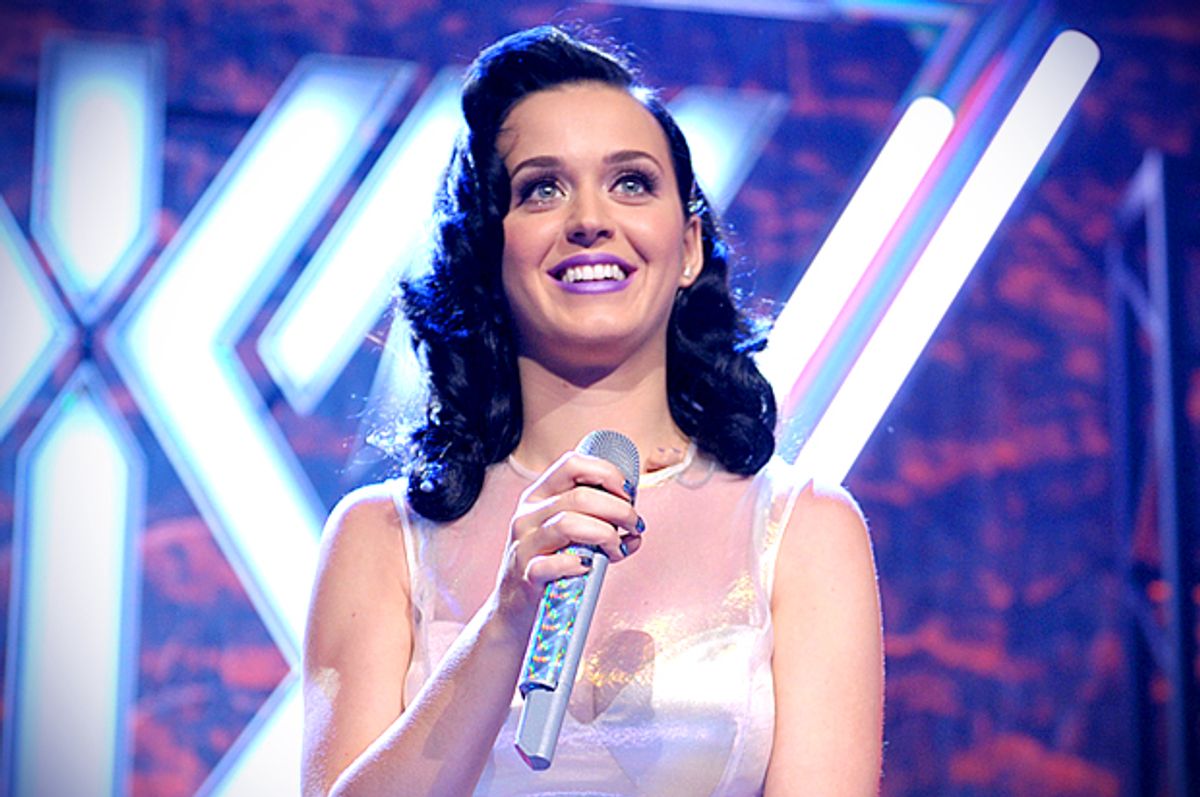 Taylor Swift and Nicki Minaj got into a little Twitter dust-up earlier today after Nicki Minaj criticized the VMAs for failing to recognize artists of color, writing “when the ‘other’ girls drop a video that breaks records and impacts culture they get that nomination" and “if your video celebrates women with very slim bodies, you will be nominated for vid of the year.”

Swift, who got nominated for "Bad Blood" in the best video category where Minaj's "Anaconda" got snubbed -- and whose video happens to feature a whole bunch of very slim women -- thought Minaj was subtweeting her, and responded “It’s unlike you to pit women against each other. Maybe one of the men took your slot.” Minaj said she wasn't referring to Swift, but that Swift should still "speak on this" (this being entrenched racial bias in the music industry). It was a whole thing.

Anyway, now Katy Perry is entering the fray, calling out Swift for being a hypocrite.

As you probably know, Perry was the target of Taylor Swift's track "Bad Blood" and the cameo-filled revenge video it spawned, after Perry allegedly betrayed Swift by stealing her backup dancers. So basically, Perry is calling Swift a hypocrite for accusing Minaj of pitting women against each other, when she just made a mega-successful music video that involved all her famous friends indirectly dissing Katy Perry.

At least, I think that's what it means, having not completed a full diagram of the sentence. Katy Perry: First in left sharks, last in grammatically coherent shade tweets.