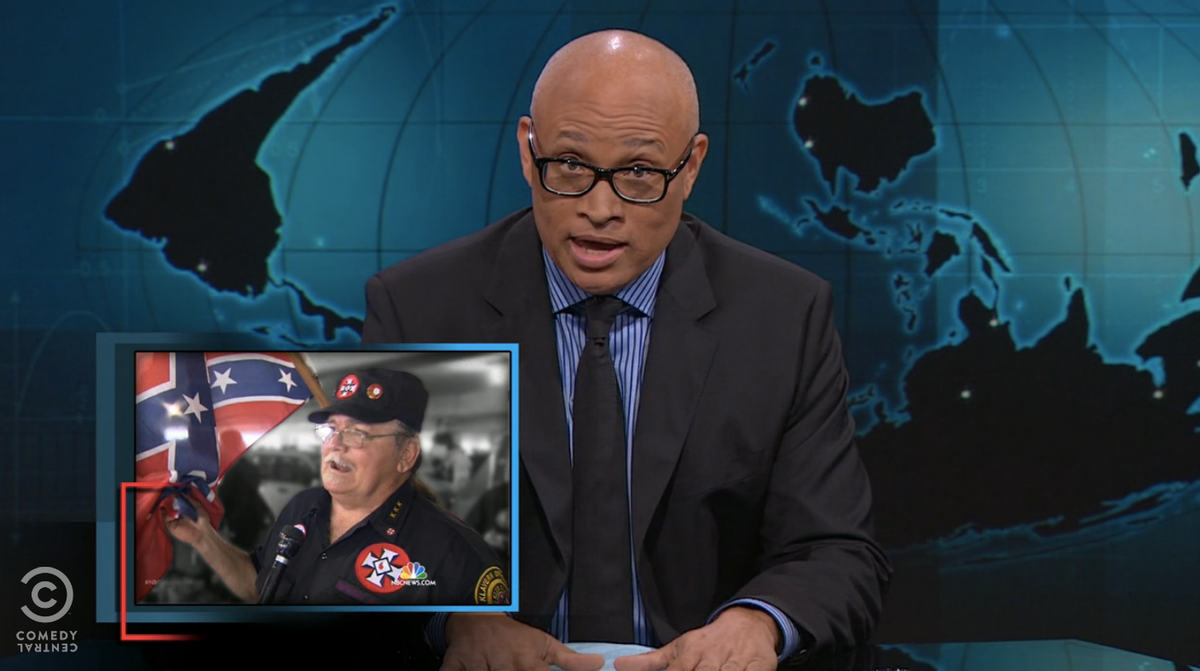 Last weekend, Ku Klux Klansmen decided to be awful, rallying around the South Carolina statehouse just right around the corner from a Black Educators For Justice meeting, a radical offshoot of the New Black Panther Party.

Larry Wilmore blasted the hate-group on Tuesday's "Nightly Show" and even found a way to slyly incorporate a Bill Cosby dig into his takedown, because this is Wilmore after all -- the host who, just yesterday, devoted two whole segments (including a rap) to the comedian.

“The Black Panthers and the Klan got booked for the same spot on the same day?” Wilmore said. “Seriously? This is the worst booking error since Cosby was tapped to give the keynote address at the spring narcolepsy convention.”

Wilmore, observing that many of the KKK supporters were missing a not-insubstantial number of teeth, slammed one of the Klansmen for saying that he chose to rally around the Confederate flag that day because "his forefathers had died under" it.

“I guess your dentist died under that flag, too,” Wilmore said.

Watch the full segment via Hulu below: