Breitbart's Ben Shapiro: You're "stupider than a three year old" if you believe trans people should be accepted 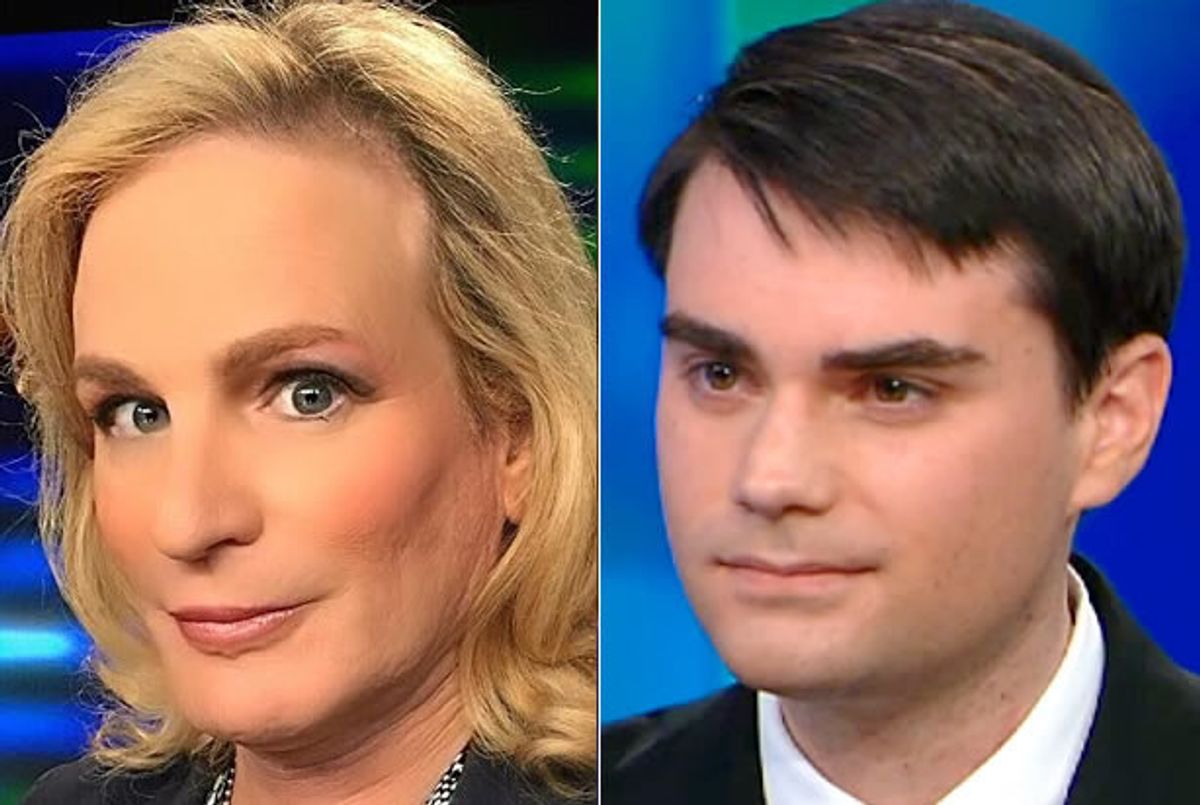 For someone who felt threatened enough to file a police report alleging battery against trans woman Zoey Tur, Breitbart Editor-at-Large Ben Shapiro certainly seems to be enjoying himself, as evidenced by how he continued to mock the trans community on "The Morning Answer" Wednesday.

He was evidently annoyed -- but given the tone of the conversation with its frequent punctuation of laughter, clearly not threatened -- by statements Tur made to KFI AM 640's Bill Carroll on Tuesday, in which she accused him of "acting like a little brat" when they appeared together on "Dr. Drew On Call."

"I came so close to putting him over my knee and spanking him," she said, adding that she behaved "like your mother would when you've been bad."

When asked whether she has been contacted by the Los Angeles Police Department, Tur replied, "Come on! How can you not laugh at this? How could a detective or the police department keep a straight face? You saw the videotape. If he had felt assaulted, if he thought there had been a battery, he would have said something."

"Instead," Tur noted, "he said this is 'mildly inappropriate.' He's a wimp. You go onto a show and start being racist or transphobic -- look, I'm Jewish, and even Jews have our racists and homophobes, and Shapiro is one of them."

"Words have power, words can do great harm," she added, "and Ben Shapiro is doing great harm. So he almost got spanked, what do you expect?"

Tur later noted that Shapiro is an ultra-Orthodox Jew, and she characterized his religion as "a very misogynistic cult anyway, where women are treated differently -- they’re not allowed to touch men."

Writing on his editor's behalf, Brietbart's Daniel Nussbaum claimed that Tur was "tripling down" on her threat to send him home from "Dr. Drew On Call" in an ambulance. In the article -- which followed its editor's lead and referred to Tur by masculine pronouns throughout -- Nussbaum also alleges that Tur "leveled anti-Semitic insults at Shapiro" when she commented on his faith.

"The transgender suicide rate is approximately .8 in every 100," he said on "Dr. Drew On Call," and "the only comparable suicide in human history is Jews living under Austrian and German rule during World War II." Of course, he doesn't seem to realize that in his own analogy, he's not the Jew -- he's the Nazi.

Listen to Shapiro and his co-hosts mock trans individuals beginning approximately 24 minutes into the clip from "The Morning Answer" below.