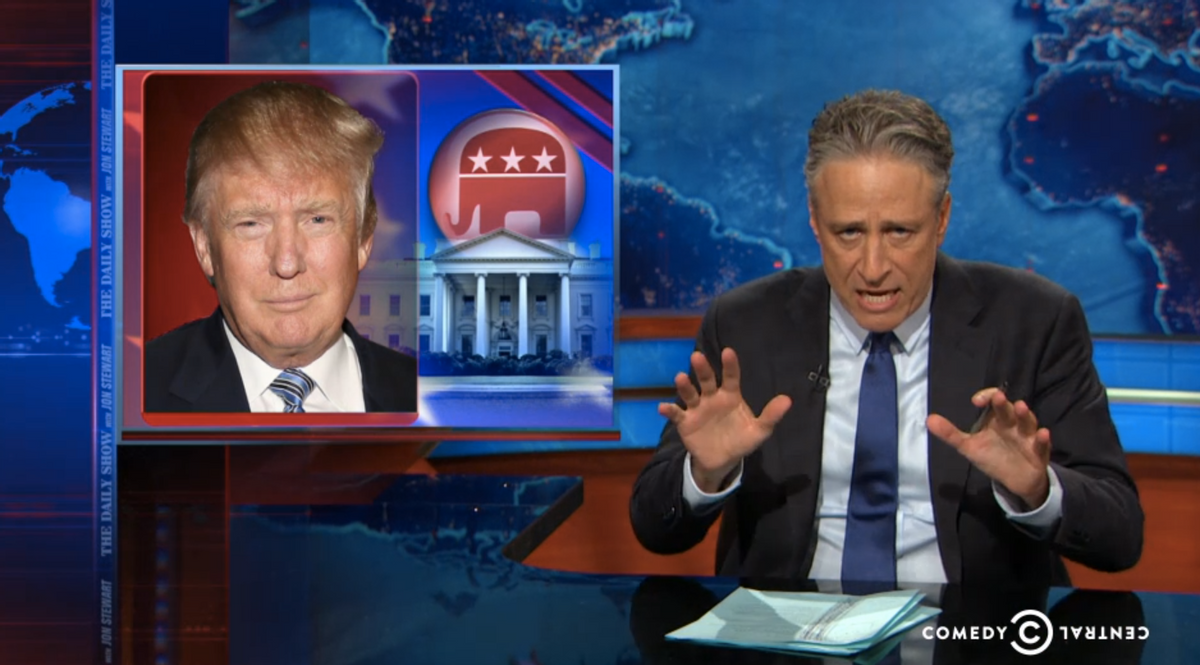 Stewart, of course, was referring to the significant amount of time he's spent mocking Donald Trump in the weeks since the business magnate and unhinged Twitter personality announced his 2016 bid mid-June.

The "Daily Show" host admitted that, in his efforts to unpack every little Trump blunder (of which, there have been many), he's glossed over some huge national news. For example: the Iran nuclear deal.

Playing a bit of catch-up, Stewart explained that GOP candidates have been pretty uniformly anti-nuclear deal -- sure, fine, OK. But one thing Stewart conceded was simply unforgivable: some of the loudest opponents of the deal, he found, hadn't even read the details of the agreement.

"You didn't even read the deal?" Stewart said, focusing his scorn on Senate Majority Leader Mitch McConnell (R-KY.) and Sen. Lindsey Graham (R-S.C.), in particular. "Basically, you're treating this critical international accord like some kind of bizarro iTunes user agreement — Blah blah blah blah just skip all the details, go to the bottom, and click 'Disagree.'"

After rolling a clip of McConnell failing to offer specifics on how he'd improve the agreement ( “a deal under which Iran would not be able to acquire nuclear weapons!”) Stewart gave viewers an exceptional impression of the" turtle flipped on its back."

We all know being tight-lipped about The Donald -- for even just one episode -- is no easy feat for Stewart but, with the exception of one minor blip, I think we can all agree he really came out on top. Baby steps!