He has thousands of hours of footage from the "long-term, in-depth, comprehensive investigative journalism study" 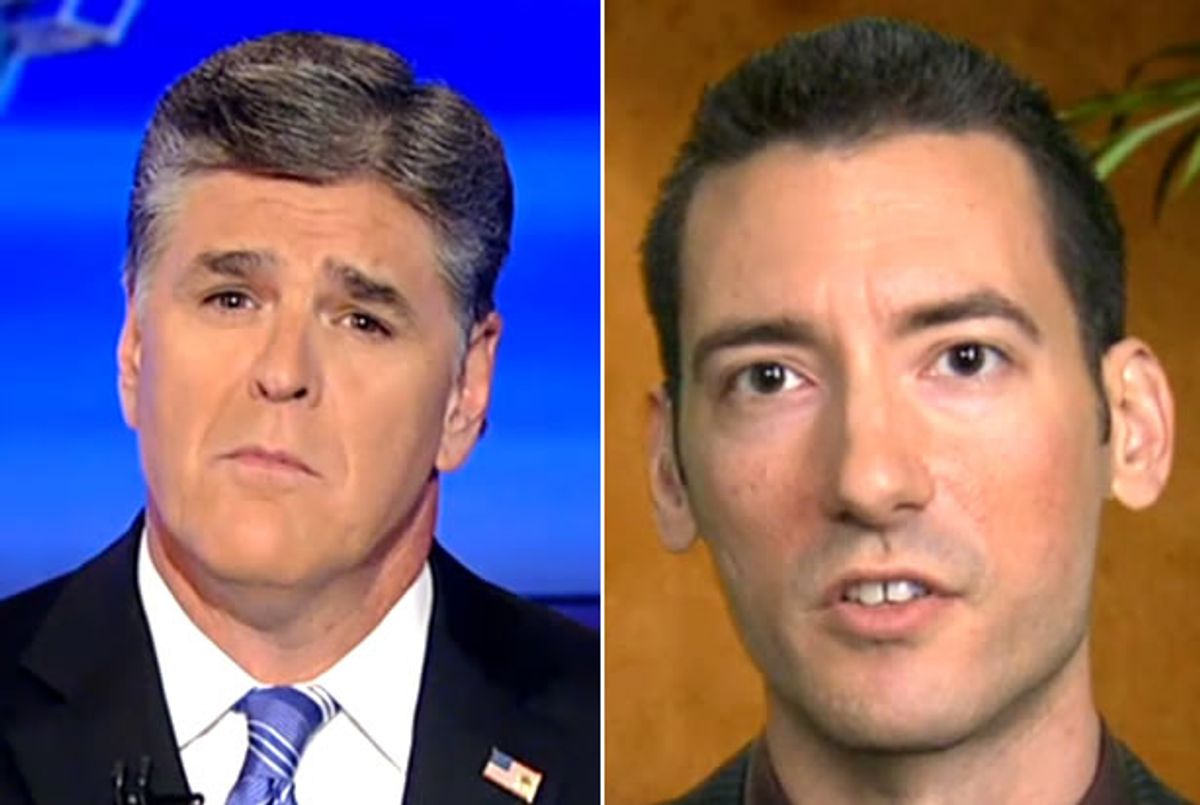 On "Hannity" Wednesday night, host Sean Hannity spoke to the man behind the Planned Parenthood hoax, and as you can probably guess, the conversation wasn't going to be about the way in which the videos were deceptively edited.

"For the past two-and-a-half years," David Daleiden said, "the Center for Medical Progress conducted a long-term, in-depth, comprehensive investigative journalism study," a self-assessment that rivals Jonah Goldberg's claim that "Liberal Fascism" would be "a very serious, thoughtful, argument that has never been made in such detail or with such care." Patent overcompensation notwithstanding, Daleiden said that the purpose of this "study" was to determine "how exactly Planned Parenthood harvests and sells the body parts of the babies they abort."

That those body parts aren't actually sold -- Planned Parenthood is reimbursed for expenses related to the delivery of the specimens -- isn't the point. Hannity didn't invite Daleiden on to interrogate him, after all.

Daleiden claimed that Planned Parenthood admitted in its press releases this week that it engages in these practices, and "that the only bone of contention is whether or not they receive a financial benefit for those payments and exactly how much the profit is." That statement is, of course, intellectually dishonest on its face, as Daleiden wants to know if they benefit financially and how much they do. The latter is the base assumption, the former a question tossed in to make him appear as if he's undertaking an earnest investigation.

Moreover, as Bob Cesca noted, Planned Parenthood certainly isn't profiting off the sale of these specimens. "The price range of the organs described by [Planned Parenthood Senior Director of Medical Services Deborah] Nucatola is, in reality, the reimbursed expenses accrued in the delivery of the specimens," he wrote, "[w]hich makes sense: $30 to $100 is hilariously below the going rate for human organs."

Daleiden sees it differently, however, saying that the most recently released videos demonstrate that Planned Parenthood doesn't spend that much money on these procedures, because "they don't have any costs when they have to harvest the specimens, so the money that they're getting is straight-up profit to their bottom line."

As to the possibility that his organization edited the videos in an unethical manner, Daleiden said that there's "simply some information we have to leave out for time reasons," but that if you watch the unedited versions of the conversations on YouTube, "it just continues to confirm our case."

Hannity agreed, saying "there's nothing that I saw that indicates that these were taken out of the proper context," which is as much as admitting he wasn't actually paying attention to anything outside the right-wing echo chamber.

"Exactly," Daleiden replied. "Even worse." Later, he claimed that "no none has held [Planned Parenthood] accountable, they've held themselves above the law, and this is something that is offensive to the American public."

"I'm glad you were able to expose this," Hannity said. "We'll be waiting for the next tapes to be revealed."