Chris Matthews calls out Ted Cruz for surge in right-wing "support" for Bernie Sanders: "I know what you're up to"

"It's called trouble-making," he said 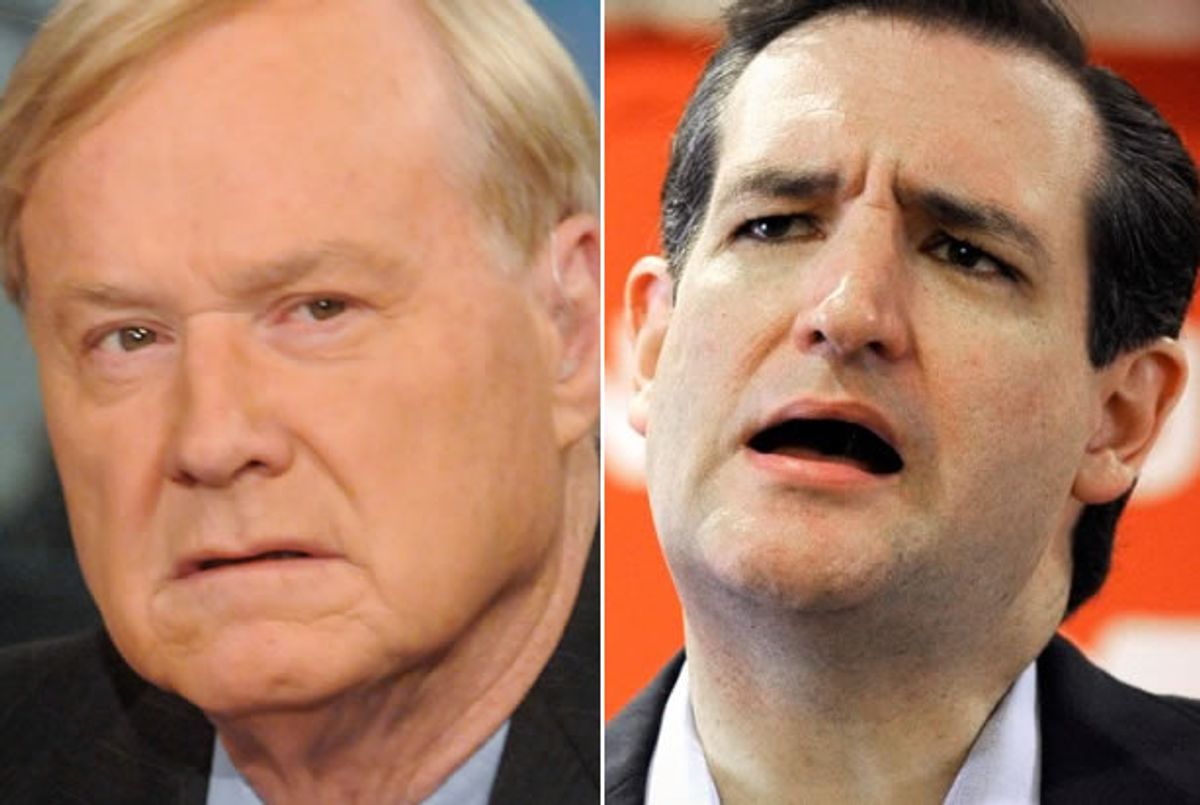 On "Hardball" Thursday, Republican presidential candidate Ted Cruz told host Chris Matthews that he is "in complete agreement" with fellow senator Bernie Sanders on a number of issues, including corporate welfare.

"Far too many Democrats -- and I will readily admit far too many Republicans -- are supporting hundreds of billions of dollars of loan guarantees to giant corporations at the expense of the taxpayers," Cruz said. "I think people are fed up with that. They want someone who will stand with the working man and woman against the bipartisan corruption of Washington."

Matthews sensed that Cruz's support of Sanders originated from a place of deep dishonesty, and asked, "is that a strategy on the right, to build up Bernie Sanders?"

"I've said it for a long time," Cruz replied, "I like and respect Bernie Sanders."

"Yes," Matthews said, "but you're building him up. You just did it. You took an opportunity there to build him up. What is the strategy to build up Bernie Sanders from the right-wing perspective?"

Cruz replied that "Bernie admits he's a socialist, we can at least have an honest debate" -- suggesting that it's impossible to have "an honest debate" with covert socialists like President Barack Obama or Democratic front-runner Hillary Clinton.

"You're a Tea Party guy!" Matthews shot back.

Matthews later noted that he understood why conservatives were suddenly so enthusiastic about the Vermont senator. "I know what you're up to," Matthews said. "It's called trouble-making."

Watch video of the entire interview below via MSNBC.