"Is this your car?": Like Sandra Bland, I confronted an officer who pulled me over for driving while black

I was driving in my Jeep when he stopped me. I wasn't speeding, but I did commit a sin: I called him on his mistake 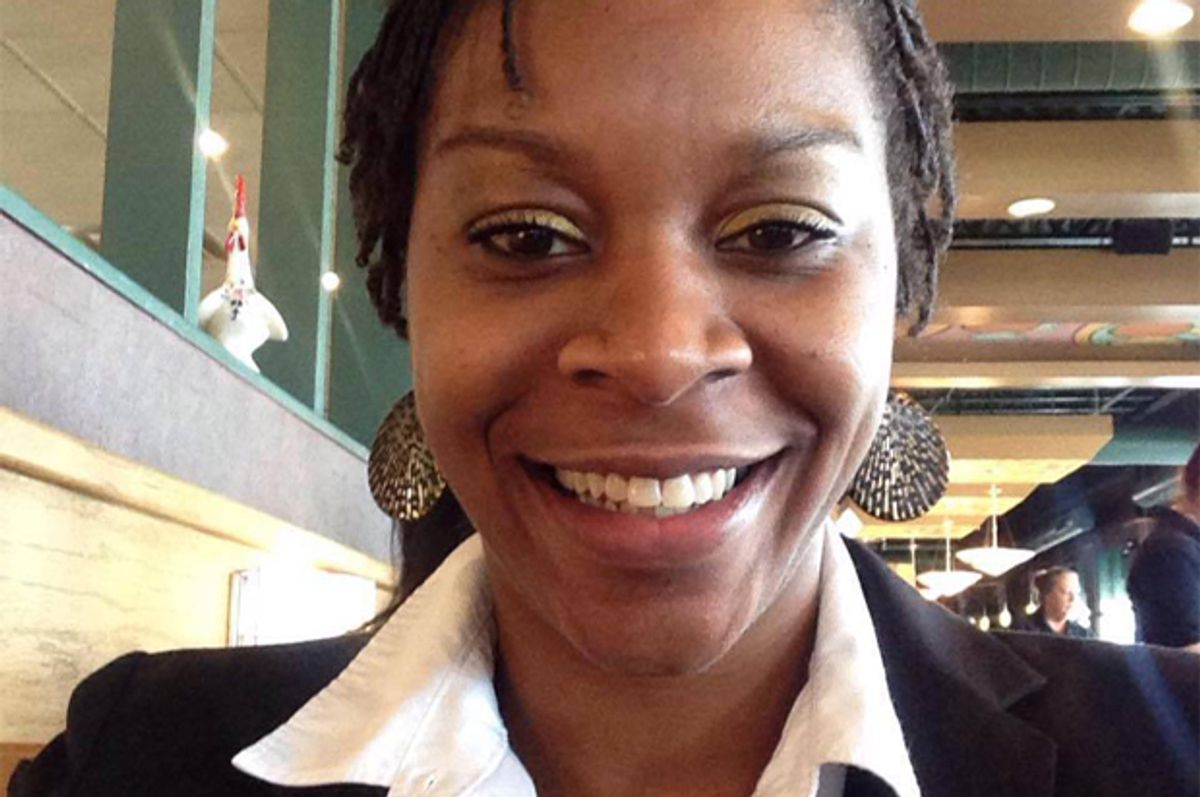 When I first heard that 28-year-old Sandra Bland was found dead in a Waller County, Texas, jail cell after an episode that began as a routine traffic stop, I was not shocked. I was depressed. I knew women like her intimately. She was my daughter, a young person I have mentored, a college student from church or one of my neighbors.

Like millions of others, I want to know what happened in the hours before Sandy was found, asphyxiated by a plastic bag. Unlike millions of Americans who have no clue, I do know what it is to have run-ins with the police while driving. I was forced into harsh acquaintance, at an early age, with traffic stops and trying to survive them.

Here are some of the tired phrases that cops have actually greeted me with after pulling me over: (1) “Are you lost?” (2) “Do you work over here?” (3) “We had a report of a stolen vehicle this morning.” (4) “Is this your car?” To item number three, I had the audacity to ask the color of the car they were looking for. The cop told me a green Jeep. I was driving one whiter than him.

It was nearly 4 a.m. A black woman alone in an affluent Dallas suburb seemed suspicious to the officer, who wondered if my vehicle could be a paint job. It was 1999, before cell phones could record videos. The lone witness at that hour of the morning was too far away to be credible as he watered down the parking lot of a convenience store. The officer went back to his car and told me to stay in the stolen Jeep. I was blinded by the massive bright light he kept constantly shined onto me. I was ever fearful that I could be shot for stealing a car that bore no match in plate or color to the one he was searching for.

In another routine traffic stop, around the same wretched time of morning, I was stopped again. I had no clue about the traffic infraction that might render my two sons motherless. This time, I was openly agitated because the officer should’ve understood I was working. I had a tough job to do that required my being out in the wee hours. He didn’t want to hear it.

I guess a black woman in a Jeep (think soccer mom) must’ve been a big deal in 1999. I wasn’t speeding. I didn’t change lanes without signaling, insurance was in order, my license current. However, I did commit the sin of challenging the officer’s lie when he said I’d made an illegal U-turn going 60 mph.

Before my racial filter kicked in, I laughed out loud and told the man he was lying because anyone who’s ever driven an SUV knows that particular feat would be a rollover begging to be taped. Next thing I heard was the polite request to shut up and stay in the vehicle. Damn. Me and my big mouth!

His floodlight stayed aimed on me several minutes and I could tell he ran my plates, my life. The three work phones I had on the front seat were ringing non-stop and gave credence to his unmentioned, stereotypical guess that the black woman he pulled over for a routine traffic stop was probably a prostitute or a drug dealer. From his vantage, the cop could plainly see me answering the phones and arguing with someone about my chosen profession.

When he returned to the driver's window, I calmly informed the cop that he was making me late for work. He smirked. I asked if I could exit the vehicle to show him something. He thought that was funny: a gainfully employed black woman with a job she deemed worthy enough to leave the sanctuary of her car for. Curiosity put a silly smile on his face. He authorized me to get out.

We walked to the rear of the Jeep where I usually kept my expensive work equipment. He thought I was joking. What kind of equipment could a hooker possibly have that wasn’t already on her person? That’s how the cop sized me up. I asked permission to open the hatch, always careful to be slow and steady. He told me to go ahead. Raising the hatch, officer…

There in the darkness was a bundle of wires and electronic gadgets. The cop shined his big flashlight into my Jeep. Before he knew what hit him, I grabbed the microphone attached to my recording devices and stuck it right in his face, asking him to comment on the fact that three of the top 10 “most dangerous intersections” in America were in the Dallas area. All the blood drained from his face as he shouted, “Get back into the vehicle!”

This cop, on this particular morning, had stopped a reporter for CBS Radio out in her nocturnal world of business bothering no one and obeying the laws of the land. I was legally detained because of a deranged accusation that I, in Richard Petty fashion, had hoisted a Jeep on two wheels to make a 60-mph U-turn. The story I was dispatched to do was my not-too-willing placement at one of the intersections so listeners would be able to hear the cars whizzing by as I reported live for New York and for my local affiliate in Dallas.

I didn’t get a ticket or an apology or even a "have a nice life." The officer said I was free to go. When I explained to news editors in both cities why I was late, the only other black in our Dallas newsroom said, “D-W-B. Driving While Black.” The incident only left me about 20 minutes to arrive at the dangerous intersection, interview a motorist witness, set up, edit and go live. I did it, but I have never forgotten that the real danger that morning had nothing to do with a list of streets where people were notorious for running red lights and causing accidents.

Joyce King is a native Texan, born in Houston, and the author of the critically acclaimed "Hate Crime: The Story of a Dragging in Jasper, Texas" (Random House, 2002). King also recommends reading "Deliberate Indifference" by Howard Swindle about the 1987 death of Loyal Garner, Jr., after his arrest in Sabine County. Her website is writerjoyceking.com.