The horrific irony is that if he hadn't assaulted so many women, none of them would have been believed 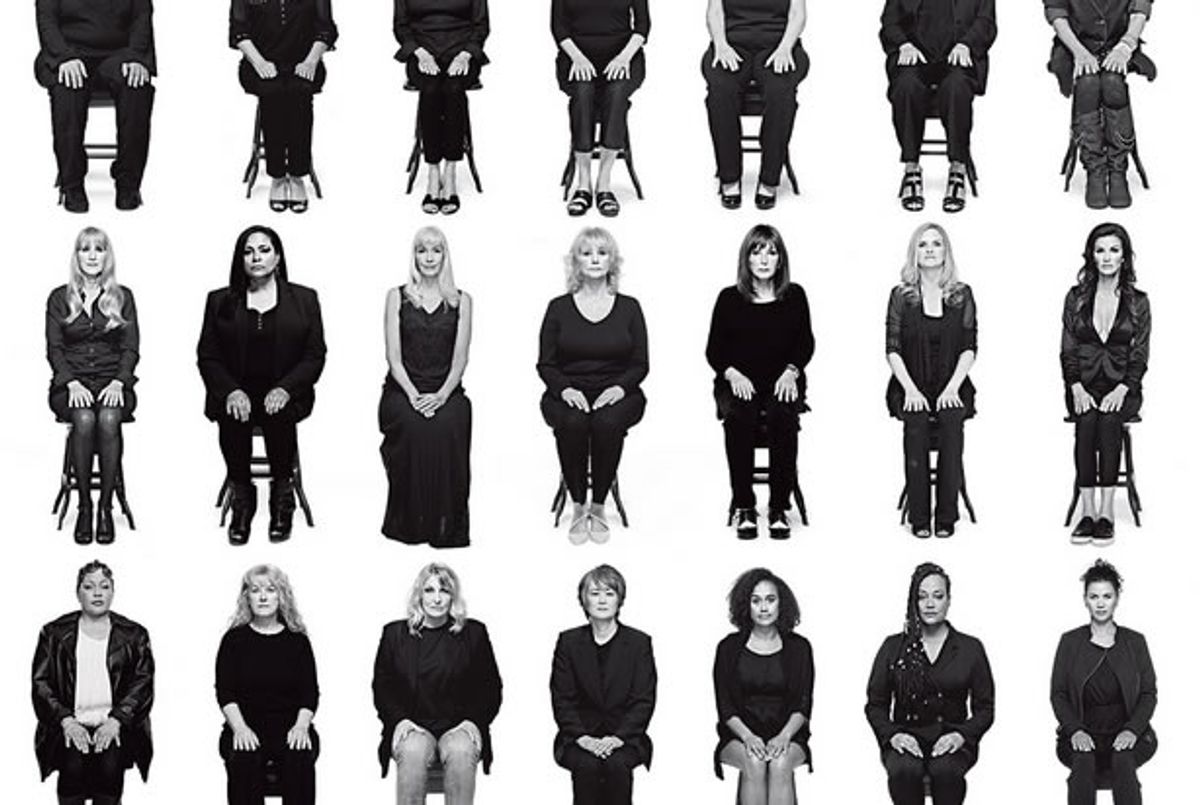 The latest issue of New York features a powerful article -- which can't be read as of the writing of this piece, but should be available shortly -- in which 35 of the women sexually assaulted by Bill Cosby share stories about their encounters with the once-beloved comedian.

Many of these stories are already in the public record in one form or another, but gathered all in one place and accompanied by Amanda Demme's composite photographs of them seated in a stark wooden chairs against a white background, the magnitude of Cosby's many crimes is ripped from a half-forgotten past into an unforgiving present.

Individual stories of being drugged and raped in the 1960s or 1970s or 1980s, or while working as Playboy bunnies, feel like they belong to another era -- and that's largely because they do. Their belated quality necessarily diminishes their immediacy, as does the fact that the manner in which these women were assaulted so often involved drug-induced memory loss. There's a haziness to these individual stories, like history as observed through a scrim, but the sheer accumulation of the details these women do remember cuts through that haze, as author Noreen Malone explained.

"All 35 were interviewed separately, and yet their stories have remarkable similarities, in everything from their descriptions of the incidents to the way they felt in the aftermath," she wrote. "Each story is awful in its own right. But the horror is multiplied by the sheer volume of seeing them together, reading them together, considering their shared experience."

The horrific irony presented by the article is that if Cosby hadn't raped so many women, his reputation could have remained intact. Speaking of the piece's genesis, Malone noted that she "started contacting the then-30 women who had publicly claimed Cosby assaulted them, and it snowballed in the same way that the initial accusations did: First two women signed on, then others heard about it and joined in, and so on."

The women have become, as Joan Tarshis put it, a "sorrowful sisterhood" united by a sense of vindication and, increasingly, social media. "In 2005, Bill Cosby still had control of the media," Tamara Green said. "In 2015, we have social media. We can’t be disappeared. It’s online and can never go away."