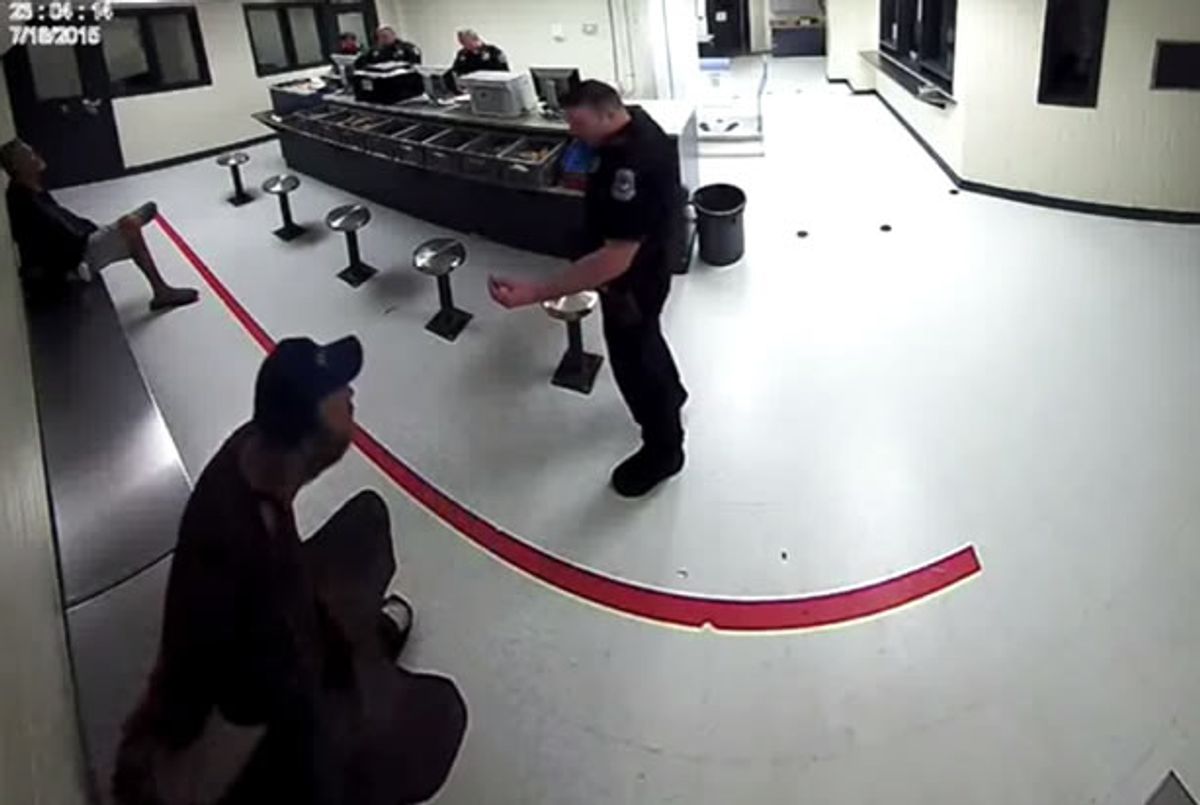 An officer in Sarasota, Florida eahas been placed on administrative leave after police were alerted to the existence of a video in which he can be seen treating a homeless man as if he were an animal at the zoo, the Herald-Tribune's Lee Williams reports.

Randy Miller was sitting handcuffed on a bench after having been booked for trespassing when Officer Andrew Halpin began tossing peanuts into Miller's mouth. When they failed to hit their mark, Halpin kicked the peanuts closer to Miller to that he might eat them off the ground -- which he proceeded to do.

According to a source familiar with the incident, Halpin was prompting Miller with "dog commands" during the incident -- which only came to the attention of the Sarasota Police Department after the Herald-Tribune acquired a copy of the booking video via a public records request.

Halpin might not be the only officer facing discipline, however, as several other deputies appear in the background observing his interaction with Miller, but doing nothing to stop it.

The vice president of the American Civil Liberties Union of Florida, Michael Barfield, said he wasn't surprised by the incident. "It's this kind of egregious conduct that gets Sarasota labeled as the 'Meanest City in the USA' towards the homeless," he said.

"Florida law allows for enhanced penalties when crimes are committed that show prejudice against the homeless. Instead of wrist-slapping officers, Chief DiPino and the State Attorney's Office need to send a message that this conduct won't be tolerated."

Watch video below the Herald-Tribune.