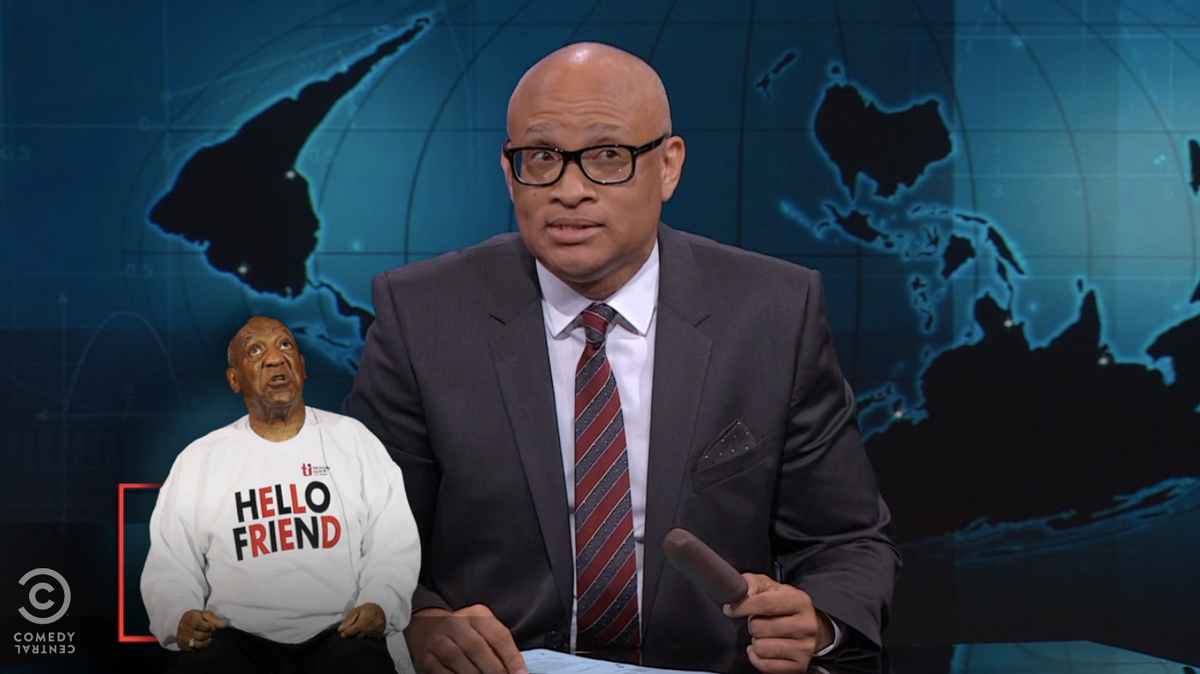 Larry Wilmore isn't laying his Bill Cosby jokes to rest until justice has been served and the 78-year-old comedian has been thoroughly humiliated.

"The Nightly Show" host devoted a segment on Monday night's program to dissecting three public defense strategies Cosby's team is rolling out this month (and deflating each with a pudding pop).

One of the defenses, as the New York Times reported last week, will be aggressively promoting the idea that drugging women for sex was an "accepted practice" four decades ago. "The problem is that nonconsensual sex has never been a widely accepted practice,” Wilmore fired back.

Monique Pressley, the attorney Cosby hired this month, has already appeared on Good Morning America to put some fires out. She told NYT: “There has been a good deal of confusion, and perhaps a better word would be misrepresentation, regarding the deposition testimony which has been filtering out in excerpt form.”

"If there’s one thing people hate, it’s the truth getting out," Wilmore said.