The "influx" of LGBT people in a small Arkansas town has made it much less "family-oriented," one pastor says 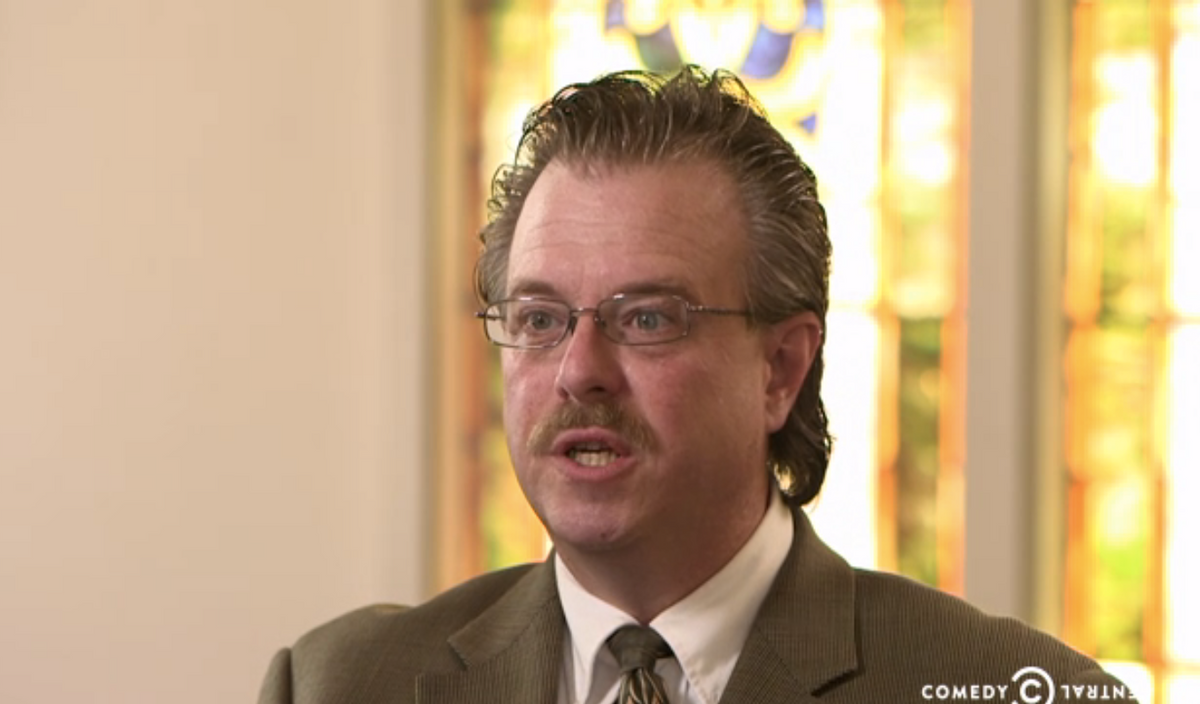 Jon Stewart will walk away from "The Daily Show" Aug. 6, and when he does, he'll be feeling pretty okay with the social good he's done during his 16+ years on the fake-news program. In his words, he'll have "solved many of the world's problems." One problem, he admits, remains unsolved: Eureka Springs, the small city in rural, red-state Arkansas that "refuses to open its eyes to [its] bigotry."

In a segment that aired during Wednesday's "Daily Show," Stewart sends correspondent Jordan Klepper (who, good news, will be sticking around post-Stewart) off to the city to get a pulse on the place. In the wake of the recently passed anti-discrimination Ordinance 2223,  he wants to understand exactly how ignorant and in denial the townspeople are.

Klepper sits down with Pastor Randall Christy, a vocal opponent of the ordinance, who tells him that, as a Christian, he's felt "deliberately discriminated" against  in Eureka Springs. The city, FWIW, is made up of 88% Christians. He goes on to explain that the "energy" has changed quite a bit in the town because of the influx of LGBT people and that "family-oriented" shops have been replaced by "gay-oriented" ones. Asked for examples of "gay-oriented" shops, a long, uncomfortable silence ensues.