Bill O'Reilly: #BlackLivesMatter when I say they matter, not when "irrational loons" do 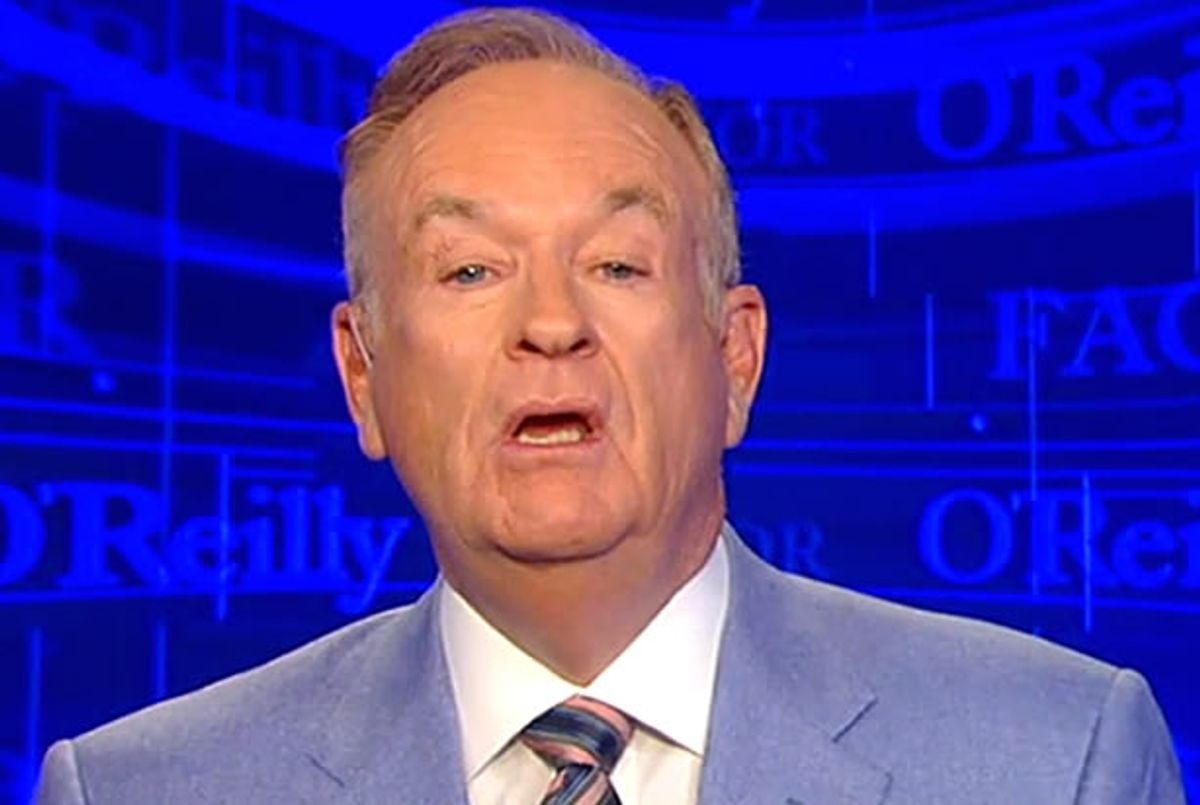 Bill O'Reilly, the self-styled champion of black America, refused to allow one of the #BlackLivesMatter network's co-founders to have the last word about the organization she helped create, and so he devoted his "Tip of the Day" segment to smugly dismissing her concerns about his perpetually overheated rhetoric.

"When loons strike" is the name he gave Thursday's tip, he said, because after he "accurately reported about the group #BlackLivesMatter" -- which, it goes without saying, he didn't -- co-founder Patrisse Cullor spoke to HuffPost Live and said that the "anti-black racism" inherent in rhetoric like O'Reilly's provides "ammunition" to the likes of Charleston, South Carolina shooter Dylann Roof. She also challenged O'Reilly on a number of facts in his "accurately reported" segment on her organization, but he didn't bother disputing those.

Instead, O'Reilly played a clip of her condemning his rhetoric, then said that "I get well-paid for having to deal with that kind of insanity" -- because when isn't it a good time to boast about the size of your of bank? -- "but you should not deal with it." He implored viewers that when they encounter people making what they believe to be "irrational" arguments, they should do as he says, not as he does, and "just walk away."

If nothing else, it saves them the trouble of responding to legitimate criticisms of their poorly sourced, shoddily researched "reporting," especially when -- as is the case here with O'Reilly -- they know they can't actually muster a substantive response.