Larry Wilmore's brutal response to the latest horrific police shooting: "In the cop’s defense, he thought he could get away with it" 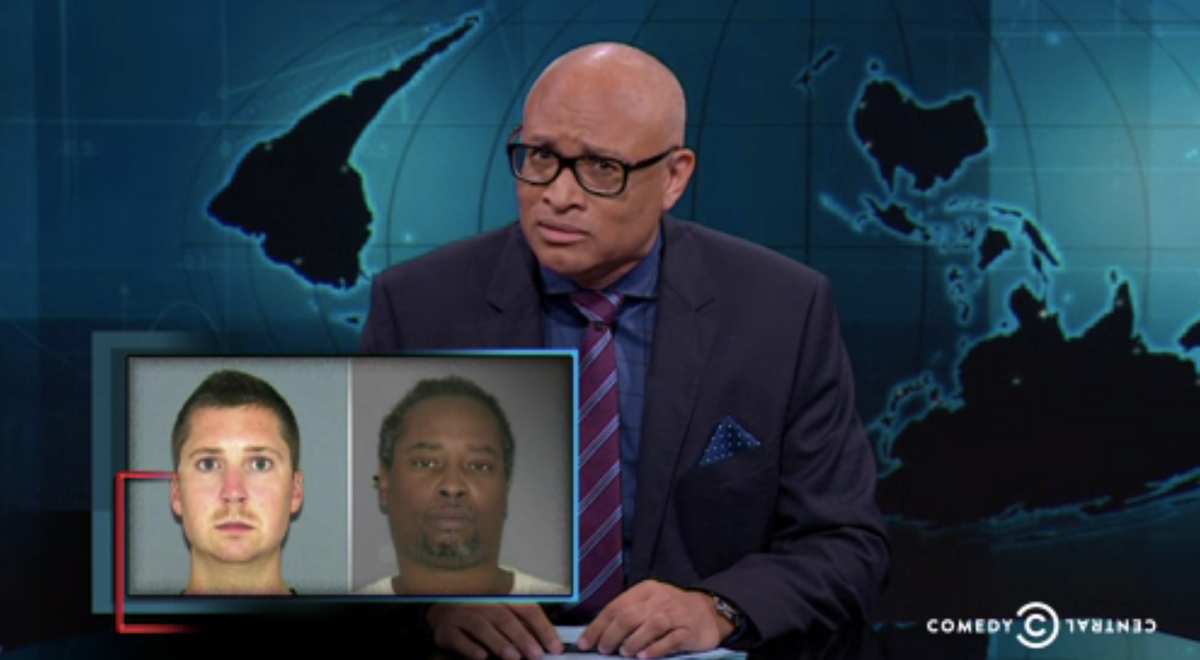 On Thursday's "Nightly Show," Larry Wilmore said that police shootings of unarmed black people have become so commonplace that his writers are basically just tasked with filling out a Mad Libs sheet every night.

That latest case, Wilmore discussed,  was the story of Ray Tensing, a University of Cincinnati police officer who was indicted for the murder of Sam Dubose.

“But in the cop’s defense — he thought he could get away with it,” Wilmore quipped.

Wilmore went on to share a sample of his very own "Larry Libs": “I’m furious about the video of (name of the victim) the unarmed black (gender) being murdered by a white cop with the (city) police department. It makes me want to (verb) all over everything with a big (vegetable)."