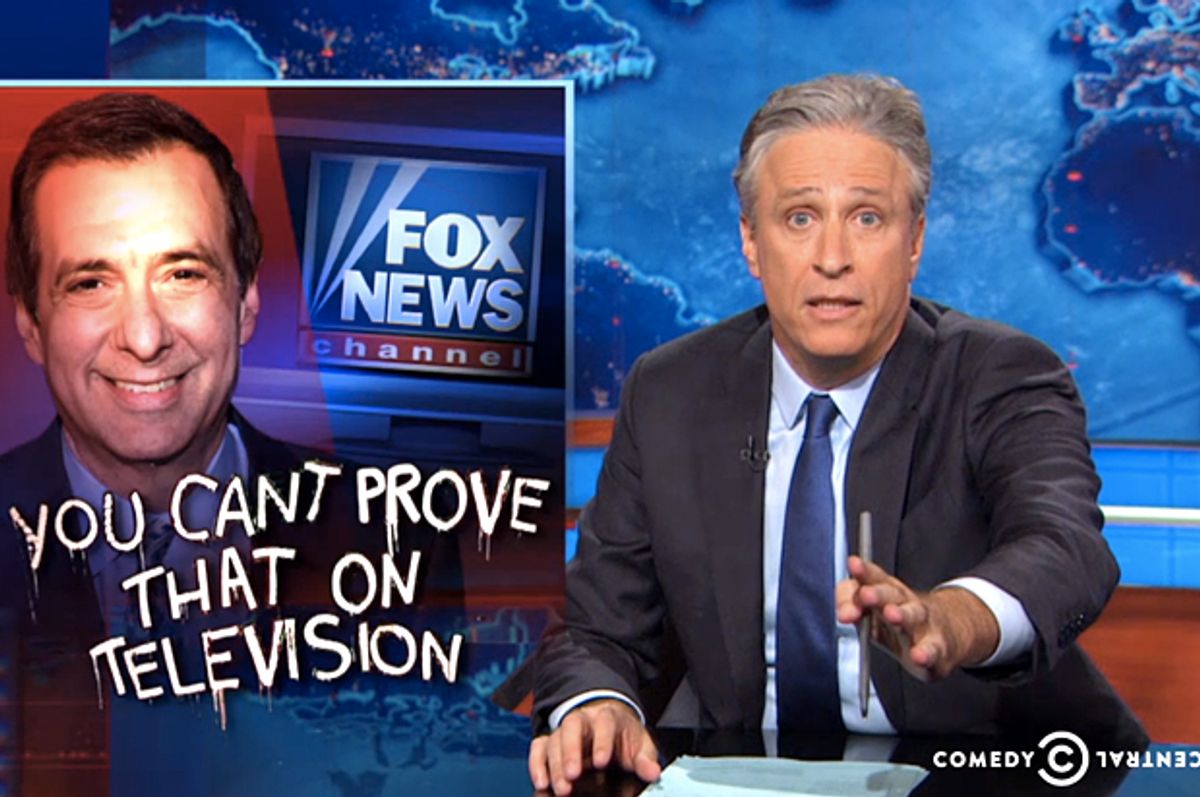 With still three shows (including the hour-long finale) remaining, Stewart couldn't help himself from issuing a premature goodbye to the conservative news network -- while the display behind him became engulfed in flames.

There's a good reason Stewart is all fired up: More than a week after news broke that he'd met up with the president for a "secret meeting," Fox News analyst Howard Kurtz is still harping on the matter.

Stewart was ready to fire back (sorry): “Your hypocrisy isn’t a bug in the Fox model; it’s the feature," he said. "Your job is to discredit any source of criticism that might hurt the conservative brand by angrily holding them to standards you yourselves jettison in your news network’s mission statement.”