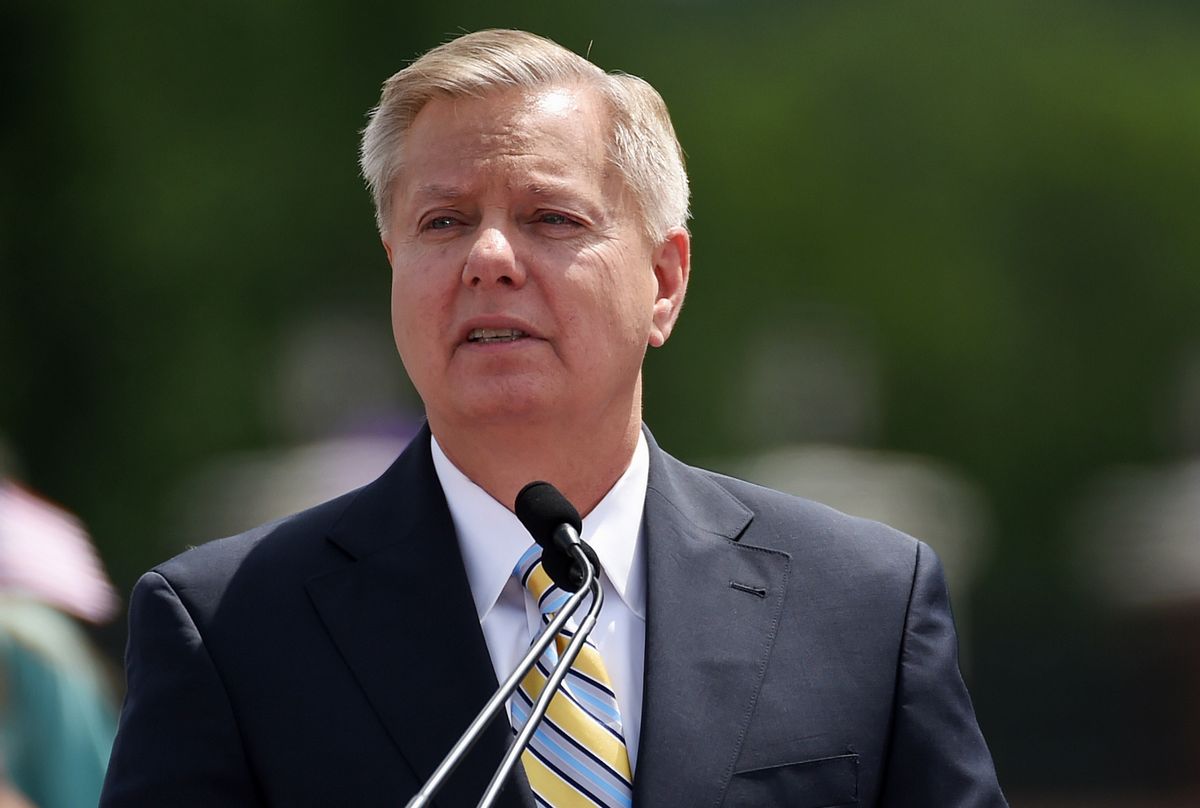 Republican presidential hopeful and South Carolina Senator Lindsey Graham attacked Democratic front-runner Hillary Clinton by dusting off a twenty-year-old script and reading it like it was fresh off the presses.

In what will surely not be the final recapitulation of the Republican morality play that dominated American politics during the 1990s, Graham judged Hillary Clinton to be "the last person in the world you want to send into the arena with the Russians."

"As to the Clintons," he continued unprompted, "I've been dealing with this crowd for the past twenty years. I'm fluent in Clinton-speak."

"You want me to translate?" he asked a chuckling crowd. "When Bill says, 'I didn't have sex with that woman,' he did."

"When Hillary says 'I'll tell you about Bill and the pipeline when I'm president,' she won't. And when she tells us, 'Trust me, you've got all the emails you need,' we haven't even scratched the surface."

"I understand this crowd," he concluded, "and I can beat them. Because if we can't beat them, it doesn't matter."