The conservative plot for more abortions and bigger government: The surprising consequences of defunding Planned Parenthood 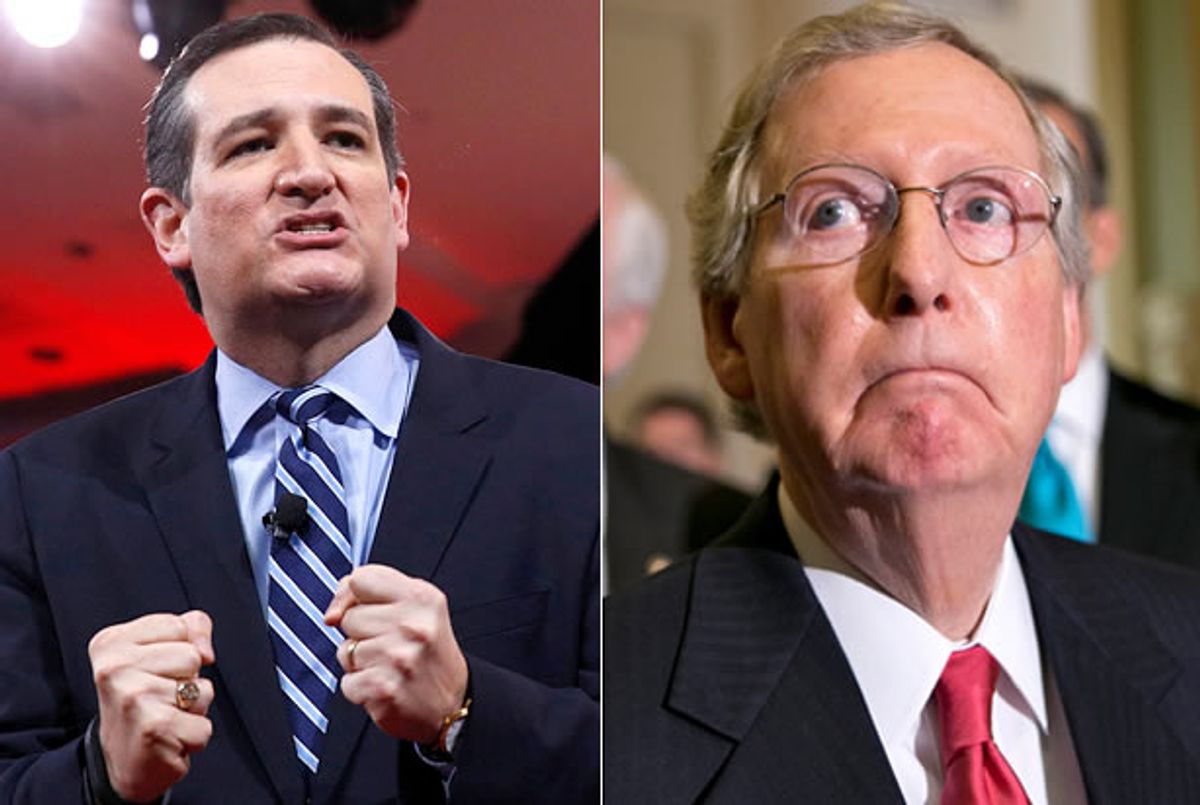 Anti-abortion lawmakers say they'll stop at nothing to defund Planned Parenthood. Energized by dubious claims that the venerable health-care organization is “selling baby parts,” 18 of them vowed last week to shut down the entire federal government rather than give it so much as a penny from the public trough.

The great irony is that if these conservative hard-liners actually got their way, it would result in many, many more abortions in the US. They can rail about “killing babies” from the floor of Congress, and they can compare abortion to the Holocaust, but in the real world, this is the only possible outcome.

It's easy to understand why. By law, Congress doesn't give Planned Parenthood a dime for abortion services. The organization is the top recipient of Title X grants, which subsidize an array of family planning services for low-income women. Among other things, Planned Parenthood's grants cover some (but not all) of the cost of providing contraceptives to 2.5 million women who happen to be at the highest risk of an unintended pregnancy.

According to the Guttmacher Institute, around one-third of sexually active women of childbearing age don't use contraceptives, or use them inconsistently, and this group accounts for 95 percent of all unintended pregnancies. Almost half of those pregnancies end with an abortion.

It's impossible to say exactly how many additional abortions would result if this latest crusade against Planned Parenthood succeeds. A study by the Brookings Institution found that poor women are five times as likely to accidentally get pregnant than wealthier women. At the same time, those women are less likely than affluent women to terminate a surprise pregnancy.

We also know that many low-income women already have a hard time getting birth control.

And in Texas, where right-wingers defunded Planned Parenthood back in 2011, it's only made it that much harder.

In 2012, researchers conducted a series of focus groups with low-income women in the Lone Star State. They found that while most of them “were not aware of the legislative changes” made a year earlier, the women reported that “they had had to pay more for previously free or low-cost services, use less effective contraceptive methods or forgo care.” As a result, many “experienced unplanned pregnancies and were unable to access screening services and follow-up care.” This is not a model for sound policy nationwide.

There's a further irony. This campaign was spurred by conservative outrage over a series of videos that were carefully edited to make it appear that Planned Parenthood personnel talking about the widespread practice of donating tissue for medical research were actually discussing a nefarious scheme to get rich off of aborted “babies.” While no supporter of abortion rights wants to see more pregnancies terminated as a result of an ideological campaign to kill off Planned Parenthood, the only potential upside is that more fetal tissue might be donated to advance vital research into vaccines, birth defects, spinal cord injuries, Parkinson's disease and a bunch of other medical conditions.

And here's the kicker: Killing funding for Planned Parenthood is certain to increase federal spending for the poor – something else those 18 lawmakers oppose. That's because the American taxpayer picks up 68 percent of the costs of all unintended pregnancies in this country, mostly through Medicaid. And while contraceptives are relatively cheap, it costs more to give birth in the United States than anywhere else on Earth (in 2012, it averaged $9,775 for a vaginal delivery and $15,041 for a C-Section). That explains why, according to a study by the Guttmacher Institute, the government saves seven dollars for every dollar it spends on family planning.

So the campaign to punish Planned Parenthood for donating tissue for use in biomedical research is completely incoherent. But at least it's consistent. When conservatives squawked about having to pay for slutty women's birth control under Obamacare, they never grasped that, on net, insurers were saving some serious money by cutting down on unplanned pregnancies. And they spent years promoting “abstinence-only” sex ed to encourage teenagers to hold off until marriage, only to find that young people did the deed at the same age as kids who got comprehensive sex-ed, but were more likely to do it without condoms. It's one reason why teen pregnancy rates are consistently higher in red states than in blue.

It's also important to note that while conservatives are battling to eliminate Title X dollars, the program is already seriously underfunded. Congress only authorizes the resources to help around 5.2 million  of the estimated 17 million women who need access to subsidized birth control.

According to the Guttmacher Institute, “the US unintended pregnancy rate is significantly higher than the rate in many other developed countries.” If anti-choice lawmakers were to prevail, they would only make a bad situation worse.