Denis Leary's departing words to Jon Stewart: "What the f**k is wrong with you?"

With just a day left, Leary is still trying to convince Stewart to stick around 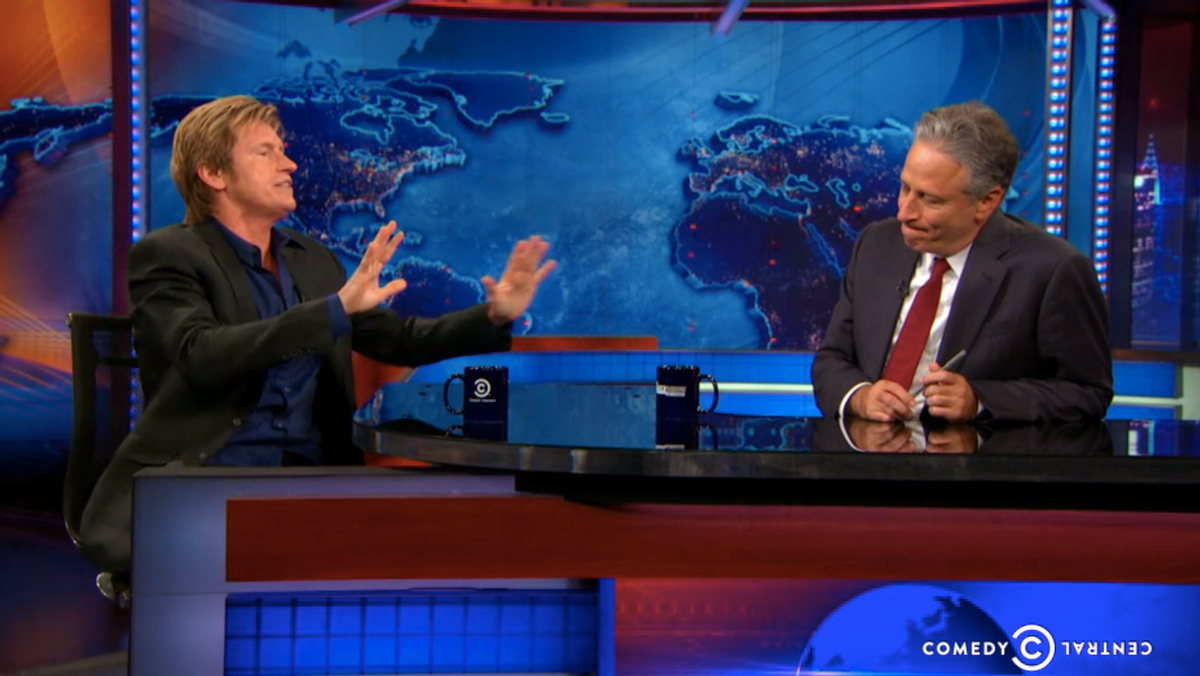 With just a day left as "Daily Show host Jon Stewart," Denis Leary is still trying to figure out why anyone in their right mind would turn down a "$50 million contract" with Comedy Central for retirement.

The "Sex & Drugs & Rock & Roll" star, who appeared on the program Tuesday night, applauded Stewart's "bravery" and "courage" for turning down the money.  Then, as per the request of Stewart, "shit" on him: “What the fuck is wrong with you? Do you know how much fucking therapy you could buy for your kids with $50 million fucking dollars?” Leary exclaimed. “They could hate your guts into perpetuity. Who cares? They have mansions to hate your guts in.”

Leary ended his appearance with a grand proposal for Stewart: Give Trevor Noah another show. Pay him, Colin Quinn and Chris Rock 25 of the $50 million to write for the show. Voilà.

As far as we know, the celeb-packed, 52-minute-long finale episode is still slated for tomorrow. A valiant effort from Leary, nonetheless.