Rubbernecking the "True Detective" wreck: Can HBO salvage the season in Sunday's finale?

Viewership is down, mockery up, and a lot of people may have simply given up on Vinci 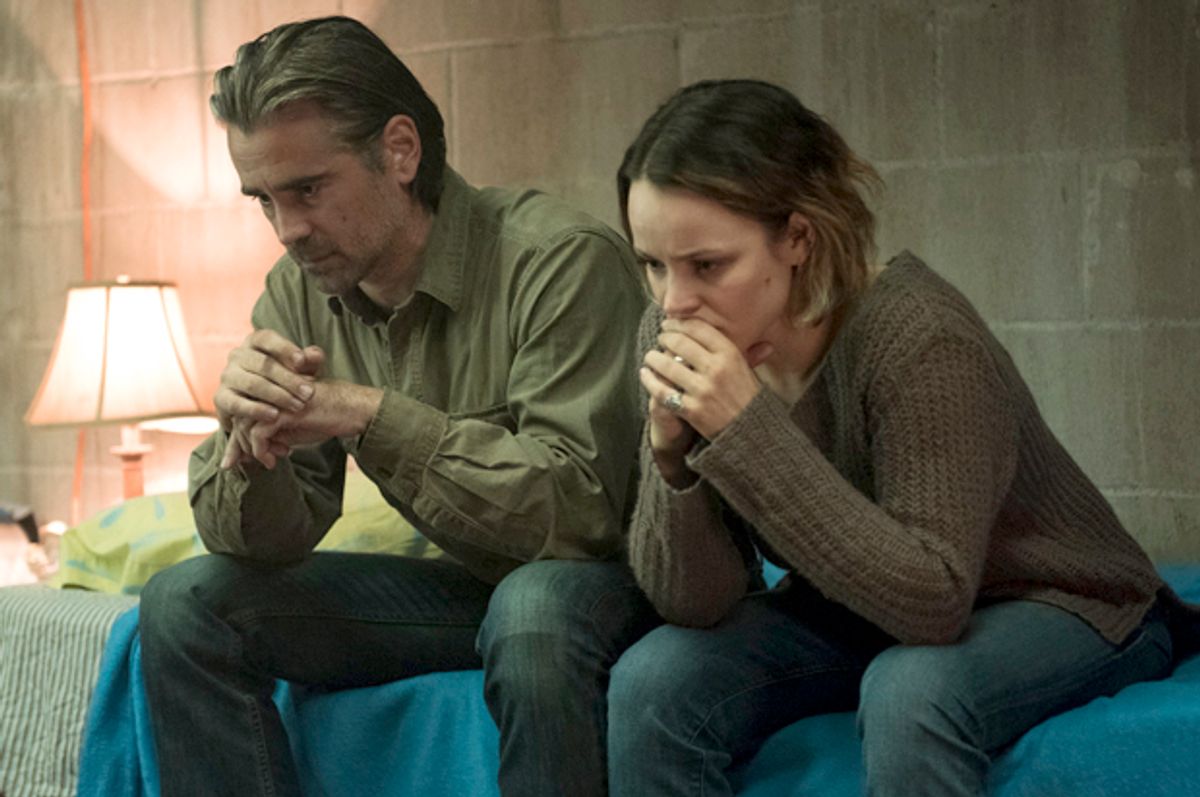 Chances are, the team behind “True Detective” is not in the position it was hoping to be at this point in the season. With the finale to season two airing Sunday, and viewership dropping, a sense of disappointment and embarrassment has spread around the show despite the many good things in it. If you are HBO or showrunner Nic Pizzolatto, you probably want millions of curious viewers to be pondering just how its numerous strands of plot will resolve.

The finale of the first season hit 3.5 million viewers, a high for the series and up about 50 percent from the first episode. Season two, by contrast, has been slumping as the season goes on: Viewership is down to 2.18 million. (Okay, it’s holding its audience better than “I Am Cait” is.)

A few days ago, “Late Night With Seth Meyers” mocked the portentuous, sorta-philosophical tone of the show (“Never do anything out of hunger…. Not even eating”) by inventing a game show in which contestants try to distinguish the show’s dialogue from the notes found in fortune cookies. (“A lurking man in a bird mask means it’s time for round two.”)

For everyone “baffled by the complex and overlapping storylines that we’ve been introduced to throughout the series,” a British T-shirt company called 8Ball has designed a helpful web thing: “You may find yourself doubting what has just happened, wondering if you’ve missed a vital mumbled line, and praying that the last show will reveal the plot that we’ve all been searching for!”

In the build up to this, we at 8Ball, decided to take the plot of True Detective into our own hands, and create a range of random scenarios for the shows leading characters — Ani, Ray and Frank — in the final episode. Through our comical (and bizarre) invention — we’ve created the True Detective 2 random scenario generator.

The generator – which asks you to pick your least favorite and most favorite character, and then gives you a quippy line from each one – makes me wish for a fuller program that really resolved the show’s loose ends. When the show has begun to seem random itself, why not? We’ll take resolution from wherever we can get it.

Mockery is painful – and it’s something anyone who creates a show of any kind expects when it becomes well known enough. But being ignored is worse. At least one site is starting to wonder whether people should bother with the last episode, with all the other stuff going on. Here’s Indiewire:

With the amount of attention paid to the show, both good and bad, has "True Detective" become must-see TV? Completists and fans will certainly be tuning in, and HBO certainly be worried about a dip in the ratings. But should casual fans or TV fans in general feel obligated to watch a show that isn't the best on TV or even the best drama of the summer?

“I have other things I need to watch,” IndieWire’s television editor Liz Shannon Miller says on the accompanying podcast. “Even when it gets bad, it’s still fun to discuss,” TV critic Ben Travers adds. And the two make a list of other shows you can watch Sunday night instead of the "True Detective" finale.

So who'll tune in? Some people may watch “True Detective” the way they watch a car crash, and there’s been talk for a few weeks now about “hate watching.”

But allow me to be earnest for a moment. A lot of this season has been a mess: There is about twice the violence and three times the plotting than we need in each episode. (Reading a recap the next day can make your eyes cross.) Pizzolatto should have found someone to keep him on track and to bring at least occasional moments of levity to the show.

At the same time, the acting has been strong, and the season's story is tackling serious issues (in, admittedly, a bit too serious a tone.) Between the death of Caspere, Frank’s real estate plans, corruption in the city of Vinci, Ani’s traumatic history, Ray’s attempt to get his act together, the sex party stuff, and everything else, there may well be a real direction here. A lot of us feel let down, but still curious to find out if there's any conceivable way to wrap it up.

All I know is that for this “True Detective” fan – and there must be at least a few dozen of us left – hope springs eternal.