The Fox News freakshow lumbers on: Why this week's GOP debates were a postmodern farce 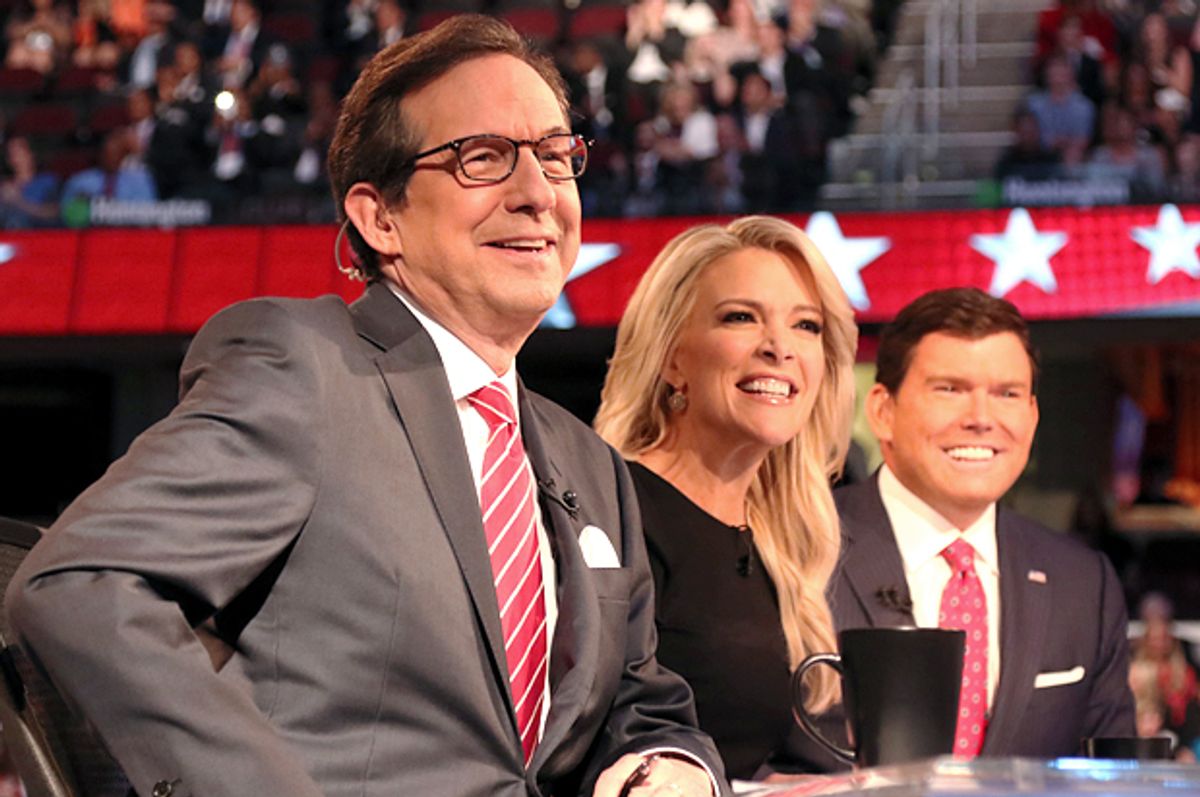 Ours is an extraordinary time to be alive. Yet since most of us aren’t independently wealthy, most of us can’t devote ourselves to truly understanding this boundless, disordered world. If given such a chance, I’m guessing the majority of people would pledge themselves to the big-picture mysteries: like finding the path to real self-acceptance, or becoming one with the universe and history and God. And if I had enough time left over, I’d want to do those things too.

But after watching the first two presidential debates for the GOP on Thursday, I realized something. If I could spend some time solving the riddles of the universe, I wouldn’t concentrate on the meaning of life or what comes after death. I’d commit myself instead to studying the revolutionary enigma that calls itself Fox News. Because I cannot imagine anything quite as transfixing-yet-farcical as the show Roger Ailes, Rupert Murdoch, Donald Trump and the other Republican candidates for president delivered earlier this week.

There are numerous routes you can take and end up concluding Fox News is weird. What I found specifically noteworthy about Thursday’s performances, though, was watching “the machine,” as Rolling Stone’s Jeb Lund put it, “trying to control itself.” Like others, such as the Daily Beast’s Michael Tomasky and fellow GOP presidential candidate Sen. Lindsey Graham, Lund was noting the rough treatment Fox News’s moderators gave Donald Trump — a creature largely of the network’s own making — and how it compared to gentler touch employed against Sen. Marco Rubio and Gov. Scott Walker.

But part of what makes Fox News so odd and so hard to categorize is that “the machine” was not only “trying to control itself” by bringing the whip-hand down on misshapen auburn morass Donald Trump wears atop his skull. It was also “trying to control itself” by greasing the skids so that one of the GOP candidates seen as more “electable” than Trump could be more easily glided into Fox’s conservative audience’s embrace. And that conservative audience — which is increasingly indistinguishable from the Republican Party’s rank-and-file base — is, at this point, no less a creation of Roger Ailes’ neurosis and genius than is Donald Trump.

For a while now it’s been clear that Fox News’s relationship with the conservative movement is a little bit like the one between the American economy and the Federal Reserve. So just as the Federal Reserve is charged with maintaining a precise balance  between low inflation and low unemployment, Fox News is expected to weigh a dual mandate of its own. The network must uphold its position as a money-making juggernaut while simultaneously (and unofficially) working to put Republican politicians in office. There are times when these two goals are one and the same; but there are times when they’re not.

When faced with this choice throughout the Obama era, Fox News has been able to answer “Why not both?” more often than not. But the next election will be on the presidential cycle, which means that it won’t be like 2010 and 2014, when all Republicans needed to do was get their older, whiter, wealthier voters to show up. And with the Mitt Romney example fresh in everyone’s mind, only true dead-enders believe the GOP can win the White House by riding the kind of angry white voters who flock to Trump. But these aren’t members of the fringe drawn to The Donald’s incandescence. These are the best friends Fox News has got.

The result is what we saw on Thursday, a post-modern and unwieldy spectacle in which Fox News acts both the director and the audience. The network Ailes and Murdoch built has made a killing recently by stoking the flames of a reactionary, white, ethno-nationalist populism. But Fox can’t be the bullhorn of Real Americans in the morning while trying to be the shadowy puppet-master of conservatism at night. It can have 24 million viewers for a political debate in August like it did on Thursday; or it can have a Republican candidate for president with a better-than-even chance of winning. It can only choose one.

Watching Fox News try to sail the waters between ideology and profit — that’s what I’m looking forward to for the rest of the primary. Because there’s never quite been something like the network before, an entertainment corporation that stewards a major political party in what is supposedly the leading democracy of the world. I can’t predict its next moves any better than I can differentiate a good Donald Trump performance from a bad Donald Trump performance.

There are 15 months between now and the 2016 election. I don’t know how much time it would take to understand Fox News; but something tells me that won't be enough.