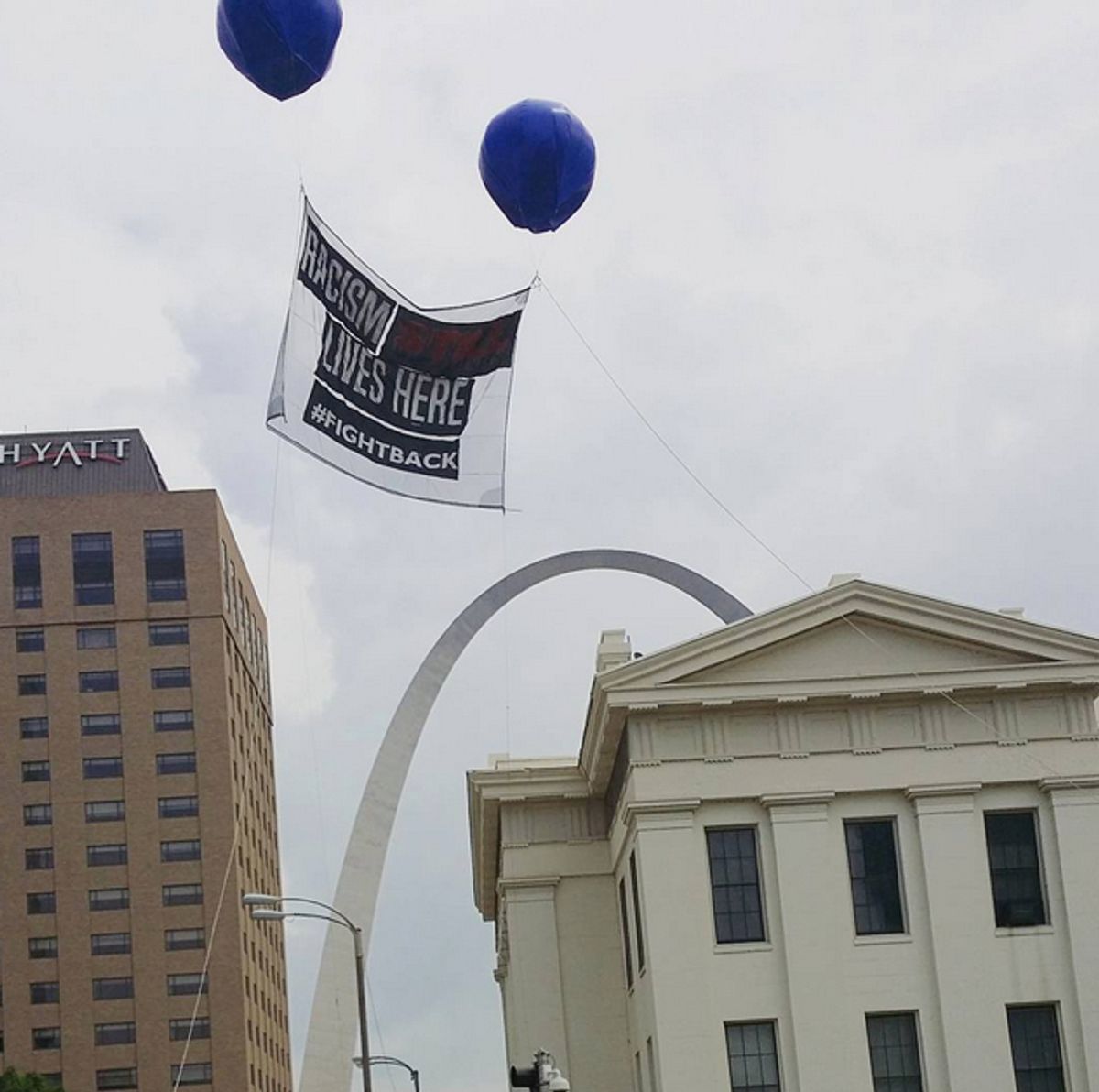 St. Louis County has declared a state of emergency today as Cornel West, and several prominent protesters including DeRay McKesson, 30, and Johnetta "Netta" Elzie, 26, were arrested during a "Moral Mondays" protest outside the U.S. courthouse in St. Louis.

After a young man was shot and critically wounded during the marking of the one year anniversary of the death of Mike Brown, St. Louis County Executive Steve Stenger declared a state of emergency. Under the declaration, St. Louis County Police Chief Jon Belmar immediately took over policing in Ferguson.

"In light of last night's violence and unrest in the city of Ferguson, and the potential for harm to persons and property, I am exercising my authority as county executive to issue a state of emergency effective immediately," Stenger said in a statement. "The recent acts of violence will not be tolerated in a community that has worked so tirelessly over the last year to rebuild and become stronger."

This afternoon, prosecutors issued 10 charges against 18-year-old Tyrone Harris Jr. of St. Louis — including four counts of first-degree assault on a police officer. Harris remains hospitalized in critical condition after he allegedly shot at police officers who returned fire.

Today, around 200 activists held a "Moral Monday" march from Christchurch Cathedral to the Thomas Eagleton Federal Courthouse to mark the somber anniversary. Demonstrators received nonviolence resistance training for their planned day of civil disobedience before arriving in front of the courthouse.

At the courthouse, nearly 50 demonstrators jumped over the police barriers, linked arms, sat down and began chanting, "fight back." According to the New York Times, the protestors were attempting to deliver a proclamation calling for changes and equal treatment for all to Richard Callahan, the United States attorney for Eastern Missouri. They were finally arrested after Chief Belmar personally ordered them to leave the area.

Protestors said they planned to "fill the jails" and the arrests appeared to be orderly.

Last night, police again donned riot gear to confront Ferguson protestors in a scene eerily similar to the one which played out nearly a year ago as a small group of people looted local businesses in the area and gunshots were exchanged between two groups of rival gangs.