The hurricane that rocked America: Al Roker on the ravages and lessons of the Great Gulf Hurricane

In an exclusive interview, America's favorite weatherman talks to Salon about the deadliest storm in U.S. history 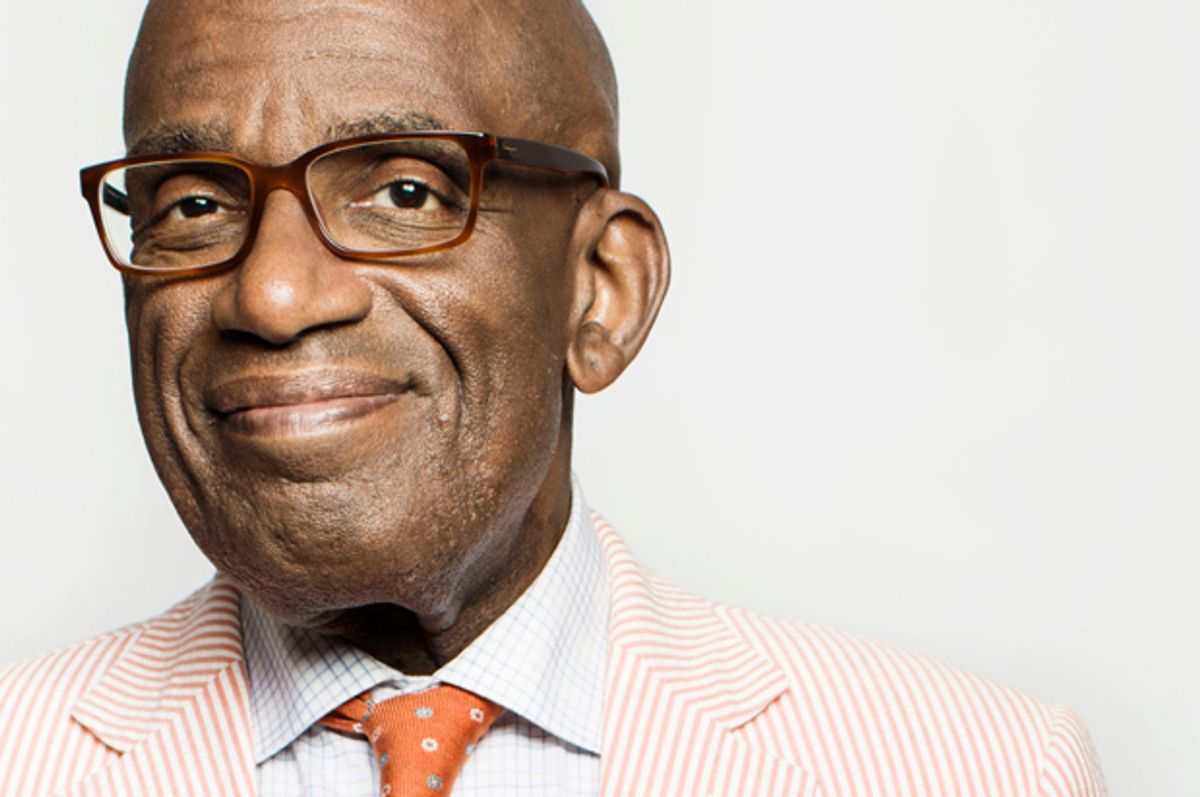 The worst hurricane Al Roker ever researched landed in Galveston, Texas, in September 1900. It brought 15-foot waves, 200 mph winds and, by the time it moved on, left an estimated 8,000 bodies in its wake. It remains, today, the deadliest natural disaster in America's history. And it nearly destroyed a city whose residents, as Roker writes in his new book, “took any suggestion that the city might one day wash away as a slur, an insult to civic pride.”

It's not that no one saw the storm coming, Roker reveals, but instead that, faced with disaster, they made all the wrong decisions. "The Storm of the Century" takes us through the events, both meteorological and political, that conspired to make the Great Gulf Hurricane so dangerous. It recounts, in harrowing detail, its victims' fight for survival, and examines the impact of a storm that taught Americans the true potential of natural disasters.

Here's what's happening in your neck of the woods: in our more recent experience, we've had Superstorm Sandy, Hurricane Katrina and countless scientists warning us that natural disasters are becoming stronger and more frequent. Yet our learning curve continues to lag, Roker tells Salon: "It’s only a matter of time before there is another Sandy or another Katrina, but we are not listening to the environment, to the story it is telling us."

Salon spoke with Roker about his dive into American history and the lessons we can learn from it today. This interview has been lightly edited for clarity.

Tell me about your decision to take on this story.

It’s not the first accounting of this. Obviously, somebody as great as Erik Larson wrote about this. But I just wanted to take a little bit of a different tack by looking at the diversity of Galveston, the stories of all these different people coming together. I was struck by the idea that we live our lives and in this information age we have a pretty good idea of what’s going on. I think in 1900 those people thought they had a pretty good idea of what was going on. It turns out they didn’t. It's about how lives change in an hour, but not just that -- it's about how do you respond when disaster strikes? What kicks in to help you survive? I was just blown away by the story.

I was surprised by how much people did know in 1900, their understanding of meteorology and ability to make weather predictions. A lot of the mistakes you describe in the book were less about the technology and more about the way people handled things.

Exactly. It is not unlike Hurricane Katrina. Did they have satellites then? No. They didn’t have radar. They didn’t have computers. But they had what was, at the time, state-of-the-art forecasting capabilities. They had one organization, the Cuban Meteorological Organization, that was run by the Jesuits, that was pretty much up to date on what would have happened, and that did forecast the correct path of the storm. But it was not disseminated, and we saw what happened.

As we move forward, this is a story that we can learn a lot from. You can have all the greatest information, you could have everything you need at your fingertips, but if it isn’t interpreted correctly, or if it isn’t acted on correctly, disaster can strike.

Another reason I had thought you, personally, must have been drawn to the story is its leading character. You open with Isaac Cline, who was the best weatherman in America, feeling the full impact of the storm realizing that he was "as wrong as it is possible to be." Do you empathize with his situation, with that major responsibility he had?

Yeah, I think all of us in this end of it feel that responsibility. Most days the weather is not life-threatening, and you just want to make sure people have the information they need so that they can go about their day. But sometimes it does take on those epic proportions. Superstorm Sandy was a perfect example. I think lessons from Katrina best practices were put in effect. I think the death toll and the destruction could have been a lot worse had government officials and individuals not acted more prudently. They did. The frustration for Isaac Cline was he made the best forecast he could given the information he had. When that realization happened that in fact he was about as wrong as he could be, but at the moment not knowing why he was wrong, it had to be just a devastating punch to the gut.

Of course. And then losing family because of it.

Losing family, feeling that responsibility of being the one to tell people what’s going to happen, and to realize too late that your forecast is wrong and that you know people are going to die.

On a larger scale, more than anything else the Galveston story is a cautionary tale about the dangers of denial in the face of natural disaster. Do you see a lot of echoes of that today?

You can put that story with the climate story and those who say it’s not that big a deal or it’s not happening or it’s not caused by human activity -- and whether you want to argue that point or not, something is going on. Our infrastructure is not hardened against climate change, our economy is not hardened against it, and a lot of our landscape is not. It’s only a matter of time before there is another Sandy or another Katrina, but we are not listening to the environment, to the story it is telling us. Hopefully that changes, but in the meantime things are changing and we are not reacting to them.

There are individual cities and municipalities that are doing it. Miami Beach, New York and other places are saying, "Hey we are literally on the edge of climate change and we have to react to it. Galveston after the fact built a massive sea wall and raised the level of their downtown because they knew this could probably happen again. Again, you think about 1900. That’s an amazing technological feat.

It’s a strong example of how denial can be overcome -- but it also took this massive disaster with so many people dying for them to learn that lesson. Do you think it always is going to take something of that caliber to get people to wake up? Or can these kind of changes happen before the worst happens?

You would like to think yes. History tells us no. We don’t react until something happens. Then unfortunately it is too late -- but change does happen. It’s just a matter of time. I think this is a cautionary tale. We’ve seen examples of it repeated again and again. Andrew, Katrina, Sandy. Yes, it’s going to take money, but the alternative is us being crippled. There are still areas in New York that are recovering from Sandy and that wasn’t even a direct hit. It’s going to happen again, and it’s almost like you are gambling.

Are there other lessons you think we can take away from what happened in Galveston that maybe we are still working to learn?

There are positive signs to it. We see this time and again as well, human nature being what it is. When disaster strikes people rush in to help, to rebuild, to give comfort to those who are stricken. It happened then and it happens now. That is one of the best lessons you can take away: people at the end of the day will rise up and do good whether they are asked or not. They volunteer. You see somebody like Clara Barton, who founded the Red Cross, joining the effort. People donating money from all across the country. This was the first natural disaster that was covered by the media, if you will -- media being the newspapers. Sure, the Civil War had been covered and things like that, but this was really the first big natural disaster that got not just national, but worldwide attention.

That was an interesting element, because the coverage was definitely sensational. You write about all the yellow journalism surrounding the storm and its aftermath, but it did really seem to galvanize people to action. Would you say the press played a positive role?

They did. Was it pure altruism? No. It was about a circulation war, but that doesn’t matter. All that matters is that people were called to action and really stepped up.

What's your take on how the media and meteorologists these days are educating the public about climate change and preparing for natural disasters?

Is that a message that you are finding people are receptive to?

I think so. I find that more and more people are responding to that. Again, you could argue about whether it is human activity or not, but you can’t argue that things are changing. You can, I suppose, but I think you are on the losing end of that argument.

One hundred years later Galveston still stands as the biggest natural disaster to hit the United States. Is it possible today that something can parallel that in terms of death and destruction?

I think it can. I think the good news is the technology is there to do a much better job at communicating impending disaster. Will we see 10,000 people killed in a disaster like this? I would hope to God not. But you can see large numbers of people losing their lives, certainly losing their homes and businesses. I hope and pray that we will never, ever come close to equaling that number from a hurricane. I pray to God that we will never come anywhere close to that. You don’t even see those kinds of numbers in places like the Pacific and things like that. You’d be hard-pressed. The idea is communication keeps those numbers down.