Among those believed to be arrested are activists DeRay McKesson and Netta, and scholar Cornel West 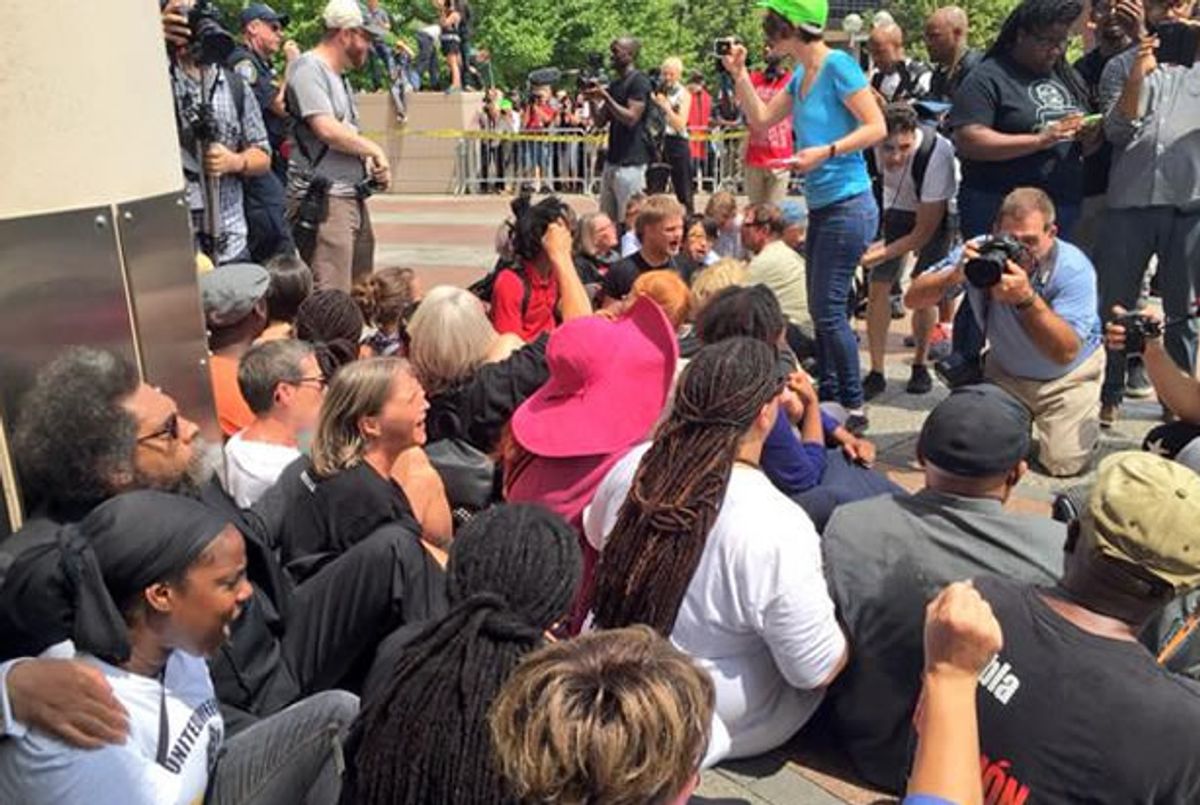 On the same day he was featured in the New York Times reading his tweets about the last time he was in Ferguson, Missouri, activist DeRay McKesson was arrested in Ferguson outside of the Department of Justice for allegedly filming the arrests of other protesters.

At this point, the updates stop, because:

Nor was he the only one taken into custody:

Before the protest, one of those arrested, Johnetta Elzie, made a point to note her current mental state: