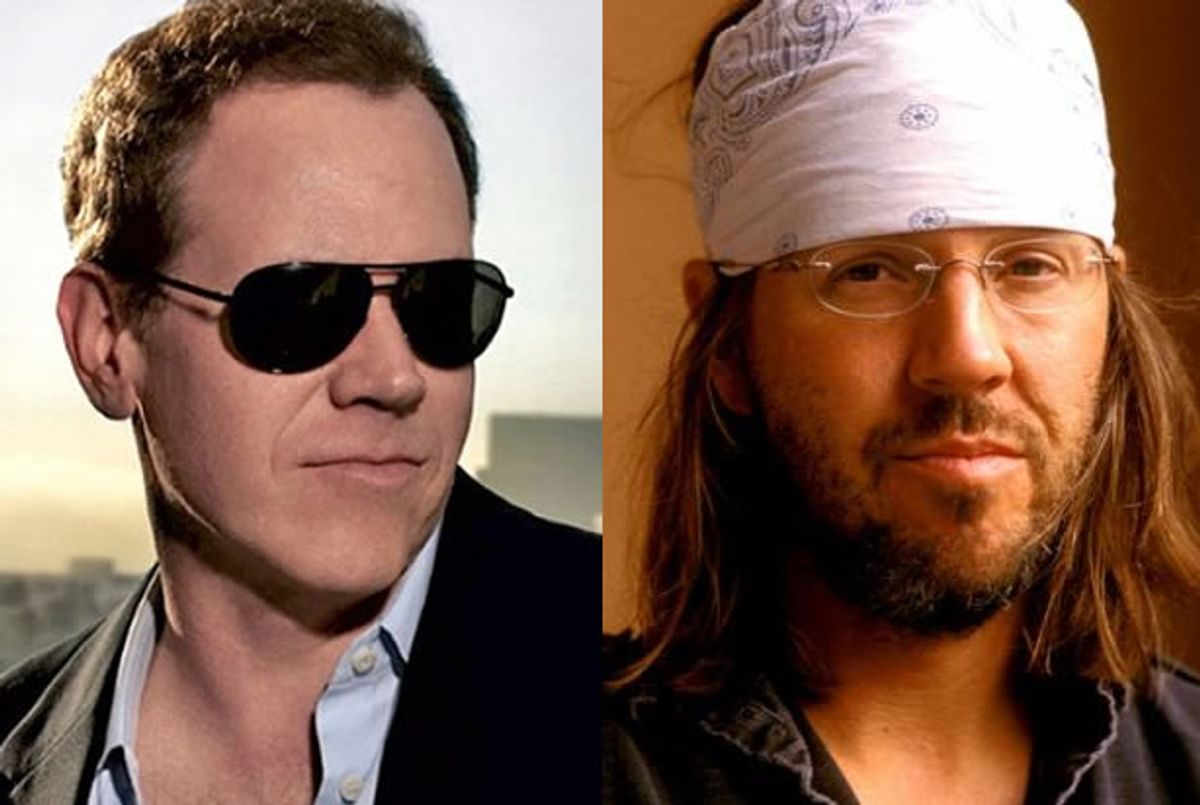 "Less Than Zero" and "American Psycho author Bret Easton Ellis has always had quite a bit to say, much of it critical, about his direct contemporary David Foster Wallace, so it's not surprising that he used the release of James Ponsdoldt's "The End of the Tour" as excuse to slag his former rival.

His review essentially beings in media res, with the res in question being a bloated demythologizing of the late Wallace. "For many of us who couldn’t get through the David Foster Wallace novel 'Infinite Jest' (and tried a few times), and found the journalism bloated and minor-key condescending and thought the puling Kenyon commencement speech was pure BS, and resisted the coronation of Wallace since his suicide in 2008 as St. David, based on a particular and very American brand of sentimental narrative, the new film about Wallace, 'The End of the Tour,' is surprisingly easy to take even though it’s reverential to a fault," Ellis writes.

Stuffing that much condescension into a single, loping sentence wasn't necessary, given that Ellis clearly had thousands of words to play with, but it must have seemed necessary to him, eager as he was to frame the discussion of Wallace in such a way as to relegate his work to minor status.

If his masterpiece is unreadable, his journalism mere palaver, and his commencement palaver even worse, there's only one possible reason that anyone could have seen fit to produce a movie about a road trip he took with a Rolling Stone reporter -- "it was made as an object of hero worship" in which "[e]very line of dialogue in this very moist movie exists to reinforce Wallace's likability." (See what he did with the word 'moist' there? He certainly hopes you did.)

"The movie portrays Wallace as an angelic Pop Tart-sharing schlub," Ellis writes, "a lovable populist, a tortured everyman and ex-addict who loves dogs, loves kids, loves McDonalds, exudes 'realness' and 'humanity,' and the movie completely ignores referencing the other Wallace: the contemptuous man, the sometime-contrarian, the asshole with an abusive side, the cruel critic — all the things some of us find interesting about him."

"It’s a simplistic and reductive view of an incredibly complicated artist," Ellis argues, fairly, before offering the inevitable qualification, "though admittedly Wallace was complicit in this sentimental, showbiz version of himself."

Of course, the broadside wouldn't be complete without the cheapest of shots, delivered as a final condemnation of the very film Ellis earlier claimed was serviceable. (Has he already forgotten his review's opening sentence? One would think not, given how gravely he labored over it.) "And so it’s very hard to take the end of this movie seriously with Eisenberg’s Lipsky crying while reading to a large crowd from his own book about Wallace while the movie flashes back to David dancing a free-form, child-like dance in slow-motion inside a church," he writes. "[I]t’s an image — an embarrassing idea — that would drive any writer as smart and image-conscious as Wallace to self-annihilation."