Even Paul Haggis agrees “Crash” shouldn’t have won the Oscar: "Was it the best film of the year? I don’t think so"

While many loved Haggis' race relations opus at the time, its critical legacy has been more muddled 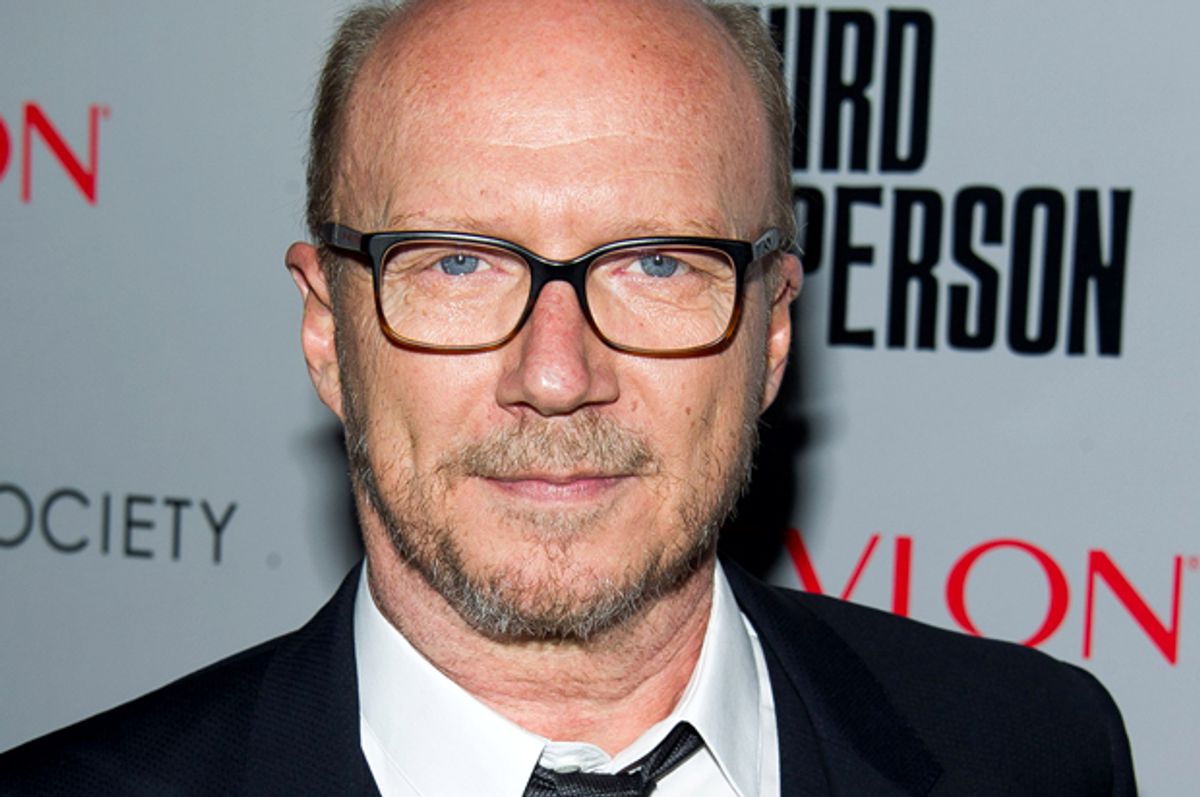 While the “Oscars” often make unpopular decisions, few have been so widely derided as the decision to award “Crash” the award for best picture over "Brokeback Mountain" back in 2006.

While many loved the film, there was also swift backlash (or “Crash-lash,” as Roge Ebert later dubbed it) within the critical community, particularly when it came the film’s depiction of race. As L.A. Weekly critic Scott Foundas wrote in 2006, upon labeling it he worst film of the year: "Not since 'Spanglish' --which, alas, wasn't that long ago -- has a movie been so chock-a-block with risible minority caricatures or done such a handy job of sanctioning the very stereotypes it ostensibly debunks,” Foundas wrote back in 2006. 'Welcome to the best movie of the year for people who like to say, 'A lot of my best friends are black.’"

Well, in a recent interview with HitFix — pegged to the release of Haggis and David Simon’s new HBO miniseries “Show Me a Hero” — Haggis weighed in on the controversy. After talking a little bit about the film’s controversial approach to race and class (and explaining that he intended to write stereotypes in order to challenge the audience), Haggis acknowledged that he too doesn’t necessarily think “Crash” should have gone home with the gold statue that year. As he put it:

"Was it the best film of the year? I don’t think so. There were great films that year. 'Good Night and Good Luck,' amazing film. ‘Capote,' terrific film. Ang Lee’s 'Brokeback Mountain,’ great film. And Spielberg’s ‘Munich.' I mean please, what a year. ‘Crash' for some reason affected people, it touched people. And you can’t judge these films like that. I’m very glad to have those Oscars. They’re lovely things. But you shouldn’t ask me what the best film of the year was because I wouldn’t be voting for ‘Crash’ only because I saw the artistry that was in the other films. Now however, for some reason that’s the film that touched people the most that year. So I guess that’s what they voted for, something that really touched them. And I’m very proud of the fact that ‘Crash' does touch you. People still come up to me more than any of my films and say, 'That film just changed my life.’ I’ve heard that dozens and dozens and dozens of times. So it did its job there. I mean I knew it was the social experiment that I wanted, so I think it’s a really good social experiment. Is it a great film? I don’t know.”

You can read the rest of Alan Sepinwall’s extended interview with Haggis, which dwells on many far more interesting subjects than ‘Crash,’ over at HitFix.