Ferguson's terrifying authoritarian message: If you commit journalism, we will destroy you 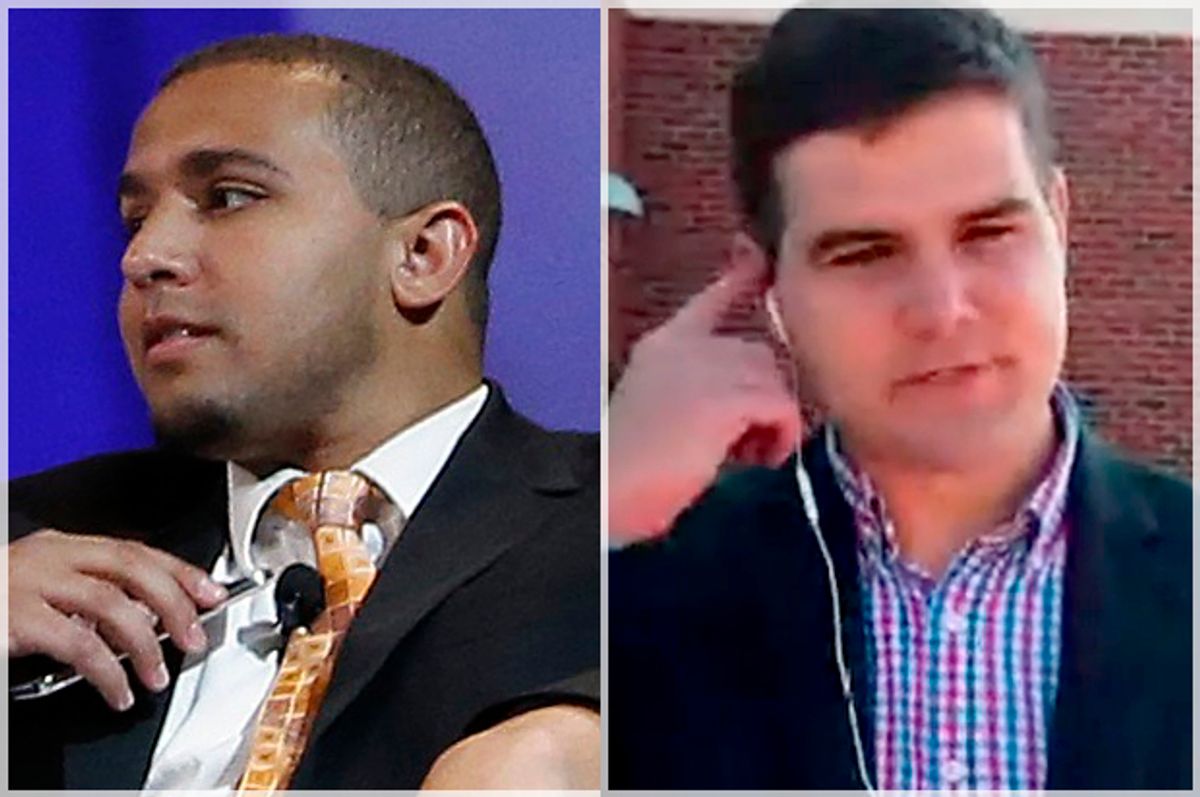 The news that charges are being brought against two journalists for the unholy crime of reporting the news out of Ferguson last year is, on the face of it, ridiculous. "Trumped-up" does not even begin to describe what we are talking about.

The Washington Post's Wesley Lowery and the Huffington Post's Ryan Reilly were sitting in a McDonald's when a Ferguson SWAT team suddenly entered the premises. When the journalists started filming them—a completely legal activity, by the way—they were violently detained. That's the whole story. If anyone should face charges from this incident, it's the police. Instead, Lowery and Reilly (a former colleague of mine at HuffPost) are both being charged by St. Louis County with trespassing (in a public McDonalds) and "interfering with a police officer," which I guess means that they asked why they were being taken in for no reason.

We don't know what's going to happen, of course, but it would be surprising if Lowery or Reilly were actually convicted of anything. They are both backed by large media companies with good lawyers, and the charges are patently absurd. But that's what makes the situation so insidious. This isn't a serious attempt by St. Louis County to prosecute these reporters. It's a very real threat against journalists everywhere, and it's just the latest in a disturbing war on reporting that we've seen in the past few years.

St. Louis is trying to send a message: This is what happens if you cross us. It wants to make sure that any journalist who comes to Ferguson in future will do what they're told. It wants them to remember what happens when you step out of line. If media elites howl in protest, well, that's OK. If the case against Lowery and Reilly falls apart, that's fine too. The message will have been sent.

Moreover, the choice to go after such mainstream journalists is a shrewd one. Some of the most consequential documentation of what was happening in Ferguson last year came from activists and citizen journalists whose livestreams electrified the world and helped give birth to one of the most powerful civil rights movements in living memory.

These people are unlikely to have the megaphone or the resources available to Lowery and Reilly. St. Louis wants them to take note of what is happening and say to themselves, if someone from an establishment citadel like the Washington Post can be hauled into court over nothing, what chance do I have? Faced with a legal system that has historically been skeptical about granting protections to citizen journalists—and that treats you more harshly the less power you have—some might choose to turn their cameras off the next time around. St. Louis County would then get be able on with the business of white supremacy in a more unfettered fashion.

This is what people mean when they talk about a chilling effect. The point is to make people think twice before they challenge the powerful. And the charges in Ferguson are part of a much larger authoritarian trend. In the past few years, we've seen repeated efforts by the U.S. government to deter reporters from pursuing sensitive national security and intelligence stories. The Obama White House has been more aggressive towards government leakers and whistleblowers than any administration in history. Routine journalistic activity has become criminalized. In this climate, both sources and reporters have found themselves pulling back from stories they might have pursued.

Here's what the widely respected journalist Quinn Norton wrote in January after watching independent reporter and activist Barrett Brown be sentenced to 63 months in prison on outlandish charges that partially stemmed from his journalism:

I am stepping back from reporting on hacking/databreach stories, and restricting my assistance to other journalists to advice. (But please, journalists, absolutely feel free to ask me for advice!) I can’t look at the specific data another journalist has, and I can’t pass it along to a security expert, without feeling like there’s risk to the journalists I work with, the security experts, and myself.

It's safe to say that there are other journalists making the same decision. Who knows what stories we're missing out on because reporters don't feel like they can safely pursue them -- whether in Washington, in the murky corners of the internet or on the streets of Ferguson.

It's often said that journalists are some of the least popular people in America, and the media industry has done much to earn that opprobrium. But make no mistake: A world where reporters feel like they will be thrown in jail if they challenge authority is a world where only the worst, most elite, most accommodating form of journalism will be able to thrive.