The 7 most damning details from The Hollywood Reporter's "Fantastic Four" expose: "Nobody should escape scrutiny on this one"

Director Josh Trank tweeted that he had a "fantastic version" of the film a year ago. That seems hard to believe 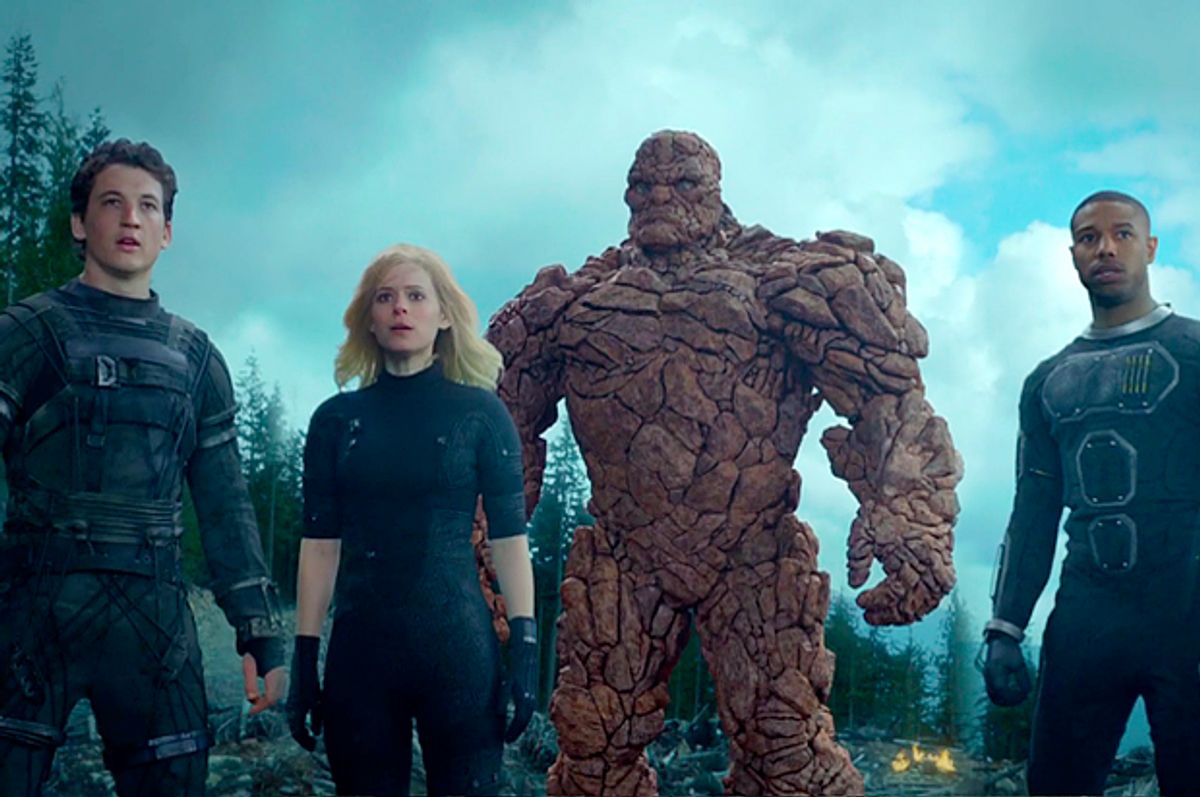 After “Fantastic Four” was panned by critics — with Vox memorably dubbing it an “unmitigated garbage fire” — director Josh Trank attempted to defend himself, writing in a now-deleted Tweet that “a year ago I had a fantastic version of this. And it would’ve received great reviews. You’ll probably never see it. That’s reality though.”

But as more and more information emerges from behind the scenes of the shoot, it becomes pretty clear that the film was in trouble from the start. A fascinating new Hollywood Reporter piece by Kim Masters depicts Trank as a relatively untested director who couldn’t handle the pressure (and thus took to hiding in a tent, as one does) while the studio haphazardly rushed the film ahead out of fear of losing the rights to the property.

Here are seven of the most damning revelations:

1. By the time the movie came out, the insbuordination had reached fever pitch.

A few days before the film opened, director Josh Trank emailed the cast and crew to say the film was "better than 99 percent of the comic-book movies ever made," to which of the castmembers responded “I don’t think so.” (Miles Teller, if this was you, I am so sorry for making fun of that time you compared your penis to a highball glass).

During the film, Trank reportedly "holed up in a tent and cut himself off from everybody,” according to a source. A crewmember says that Trank "built a black tent around his monitor,” and between setups "he would go to his trailer and he wouldn't interact with anybody.”

3. He was also a major control freak.

"During takes, he would be telling [cast-members] when to blink and when to breathe," one source told THR of the gloomy tone Trank attempted to force on cast-members. "He kept pushing them to make the performance as flat as possible.”

4. Things didn’t seem to be going so smoothly in the director's home life either.

According to a THR report in May, Trank was sued for causing over $100,000 worth of damage to a rental house in Baton Rouge, including defacing photos of the landlord’s family.

5. But it wasn’t just Trank who was actively teering the train into a ditch. Fox helped too!

According to one crewmember, the film was "ill-conceived, made for the wrong reasons and there was no vision behind the property. Say what you will about Marvel but they have a vision.” (Ouch).

6. And even once they realized the film was floundering, the studio failed to step in.

Out of fear of losing the "Fantastic Four" rights back to Marvel, the studio rushed to finish the project. They "were afraid of losing the rights so they pressed forward and didn't surround [Trank] with help or fire him. They buried their heads in the sand,” a source said. By the time filming was nearing completion, much of the material was being shot with doubles and on green screens. "It was chaos,” observed a crewmember.

7. Basically, everyone is on the hook for this mess.

"To me, it is a classic indictment of the entire system,” said a crewmember. "Give Josh Trank a $20 million movie. Groom him. But they don't make those movies anymore… Nobody should escape scrutiny on this one. Everyone should take a good look in the mirror, myself included. Even I probably did the movie for the wrong reasons.”