In the couple's follow-up attempt at seeking recognition by their county, an employee looks the other way 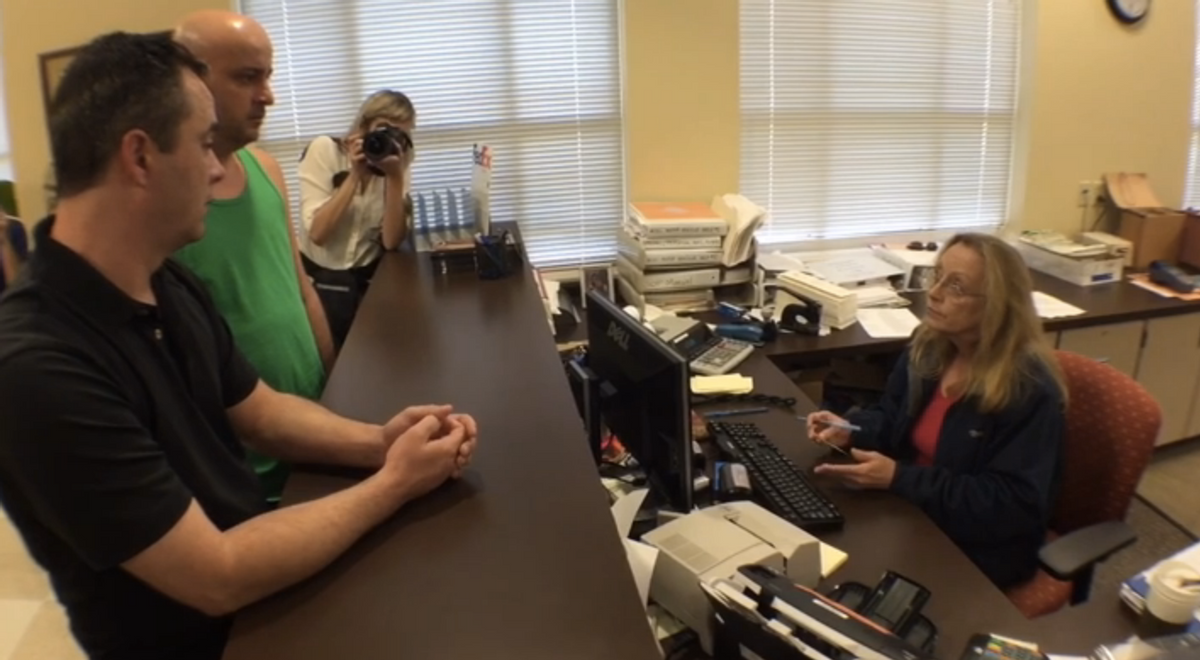 Following the historic SCOTUS ruling for marriage equality back in July, we saw many success stories -- and, unfortunately, a handful of disappointing ones, too, in which county employees refused to honor same-sex couples' right to marriage.

Such was the case for Kentucky couple David Moore and his fiancé, David Ermold, who posted a video of getting denied a marriage license following the ruling which quickly went viral.

Back when Salon first reported on this video, the issue in Rowan County -- particularly, how it would handle its anti-gay Clerk Kim Davis who'd made it her "choice" not to issue the licenses -- seemed largely unsolved; Davis was sued by four different same-sex couples.

Now, a second video has surfaced of the couple's follow-up attempt to be recognized by Rowan County.

In it, a county employee is seen telling the couple that Davis has left for vacation (hmm!) before redirecting them to another individual who can "better" assist them ("Call Liberty Counsel if you have any q's!").

She also explains that she's been given orders not to hand out any marriage licenses while Davis is out on vacation but fails to identify who gave her this order.

Watch the clip courtesy of Courier-Journal.com below: