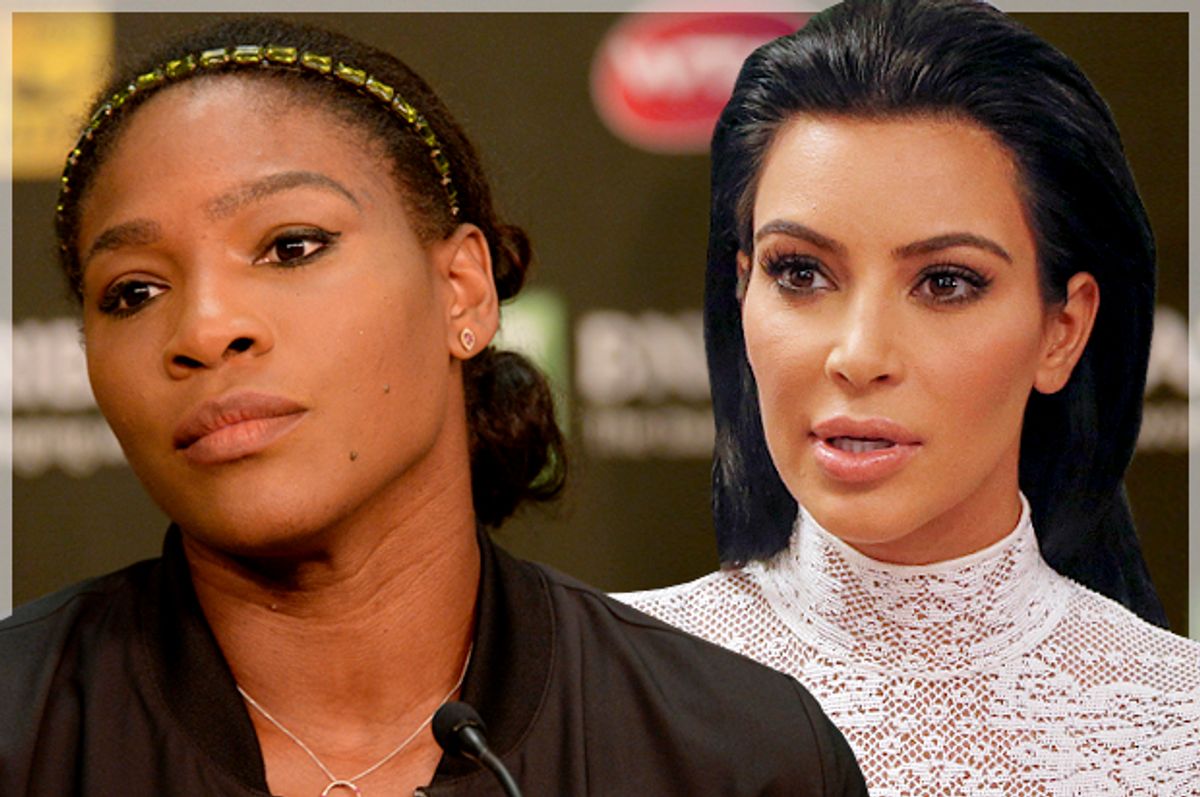 “Translation is like a woman. If it is beautiful, it is not faithful. If it is faithful, it is most certainly not beautiful.” People who love quoting Russian poet Yevgeny Yevtushenko usually begin with a statement to the effect of, “Yes, this is misogynistic, but we must put that aside to address its brilliance and accuracy.” One issue this quote highlights for sure is that not much has changed over time in terms of our general perception of women. Many of us (knowingly and otherwise) still embrace this idea that there are two types of women—the beautiful ones, who need not be faithful (which, in Yevtushenko’s quote is another word for “honest,” “conscientious” or “accurate,”) and those who, because of due diligence in other arenas, need not be (or cannot be) beautiful. The beautiful translation is pleasing to the eye and ear, but we respect the honorability of the faithful translation.

Even those of us who call ourselves feminists are guilty of thinking similarly. There are women who we know are “beautiful” by traditional and/or modern standards and have made a career, we assume, built solely on their attractiveness. And there are women whom we respect because they have, according to us, earned their attention honorably, and so we might consider it blasphemous to utter the names Serena Williams and Kim Kardashian in the same sentence. But this week is different. This week, we should encourage ourselves to break that rule (and perhaps bend this very ancient beautiful/faithful binary) to talk about two powerful images that didn’t quite break the Internet, but probably should have.

The photos for Serena Williams’ New York magazine fashion issue cover story inspired women everywhere to change their Facebook cover photos and or hit the gym—and hit it hard. Not unlike Henry Leutwyler’s jaw-dropping photos of ballerina Misty Copeland, the shot of Williams on the bar is a perfect amalgamation of the athletic, the erotic and the out-of-this-world. Depending on your gaze, it screams “Black Power” and “Woman Power,” as much as it declares, “Screw every single last one of you who thought that you could label my body as either sexy or masculine, beautiful to look at or faithful to my athletic career.”

According to New York magazine—and anyone with any knowledge of Williams’ stellar career—she is “cementing her reputation as the greatest women’s player of all time ... making her a serious contender for the greatest athlete of her generation.” In other words, and to quote MMA champion Ronda Rousey, Williams is not a “do-nothing bitch” (DNB, for short). If we weren’t living in a time and place reeking from the foul odor of misogyny in every arena, including that of the sports world, her body would have no reason to be under critique or attack. The question of Williams’ “beauty” (read: usefulness to the [white] male, heterosexual gaze) would never come up.

Many of us have made this argument before—that it is cultural sickness that demands athletes like Williams and Rousey also meet standards of beauty and femininity. It’s a sickness that demands that they win matches, but also look attractive while doing so, and use nice, ladylike language if they do not win. Many of us fight against such a sickness in conversations about Williams, because she’s not a DNB; whether she wanted to or not, she became proof of a hardworking woman with fire in her bones. It’s easy to champion images like those in Williams’ cover story, and to speak out in their defense.

Not so for Kim Kardashian. Recently, Salon's Mary Elizabeth Williams argued that, even if one is politically at odds with a certain type of woman, as a feminist you must stand with them at times. Although I’m not entirely in agreement with the framing of this argument (especially where it concerns Megyn Kelly), I would agree that one can be opposed to a woman (Kim Kardashian, for example) and all that she may or may not represent, and still recognize your own will to create binary oppositions.

Consider Rousey’s definition of a DNB:

“The kind of chick that just tries to be pretty and be taken care of by someone else. That’s why I think it’s hilarious if my body looks masculine or something like that. Listen, just because my body was developed for a purpose other than fucking millionaires doesn’t mean it’s masculine. I think it’s femininely badass as fuck because there’s not a single muscle on my body that isn’t for a purpose, because I’m not a do nothing bitch.”

Even though we know Kim Kardashian is not a kept woman, it’s true that Kardashians’s body's traits are very much aligned with the heterosexual male gaze — and many probably think of her as "the kind of chick that just tries to be pretty." And few of us are willing to jump in and defend critiques or attacks aimed at her body, because we think we know the history of this body, and how its owner has put it to use over the years. But what happens when that body becomes a shared space, as is the case when Kim Kardashian becomes pregnant? Is that body still up for critique? According to a recent Instagram post, Kardashian doesn’t think so, and I’m inclined to agree with her.

The average headline promoting Kardashian's nude self-portrait read, “Kim Kardashian Shares Naked Pregnant Selfie!” And we find that appropriate because we know (or think we know) that this was exactly the point—for Kardashian to create one more click-worthy image for her brand. But in a different world, a headline might have read, “Kim Kardashian Pulls a Catherine Breillat, Shares Provocative Image That Asks Us to Reconsider Sex and Gender Politics.” (Okay, it’s a stretch, but not by too far.) In her caption, and in an attempt to challenge rumors of a surrogate pregnancy, Kardashian perfectly explains the conundrum in trying to make sense of a pregnant body:

“First they say I'm too skinny so I have to be faking it... Now they say I'm too big so I have to be faking it... SMH! Some days I'm photographed before I eat & look smaller, some days I've just eaten & I look bigger. It's all a part of the process. Everyone's body is different, every pregnancy is very different!... They also say your body carries a boy different than a girl!”

Anyone who has ever been pregnant or ever born witness to a person with child knows this is true. The pregnant body, especially after the first trimester, is a strange beast of many varying shapes, which resists critique and defies all concepts of what is normal, beautiful, feminine or masculine. It is miraculous, creepy, lovely and horrifying, often all at the same time. But more to the point—and this is a question that was asked by a few sane people during Kardashian’s first pregnancy—why are we critiquing a pregnant person and/or her body? The quick reply is often, “Because it’s Kim Kardashian, and she asks for it; she’s made a career off of all manner of attention, so she deserves it.”

Are we not expected to critique her body, when she’s posting a nude pregnant selfie on Instagram? Is she not asking us to do just that? But just because the photo was shared, does that make the body “ours”? And how is that way of thinking very different from suggesting that, because a tennis player wears a fashionable outfit on the court, or because she poses spread eagle for a magazine, this person’s body exists in part for our gaze and our critique?

The difficult truth is that we see women—athletes, politicians, actresses, women transitioning from manhood, First Ladies, teenage girls and younger—as all versions of Kim Kardashian. That is to say, by mere fact of being a woman or becoming a woman, all women are asking for critique, inviting the [male, usually white, heterosexual] gaze upon their bodies. We have seen this time and again, with ridiculous headlines highlighting a respected woman’s choice of outfit, or a respected musician or actresses’s choice of lover.

Respectability is an issue here, too, for those of us calling out such obvious misogyny. What happens when the woman is considered to be less respectable — say, a reality TV star instead of a world-class athlete? Will we defend a pregnant Kardashian as we defend Serena Williams? Yevtushenko might label one “beautiful” and the other “faithful,” and Rousey might consider one of them a DNB and the other a DSB, but often enough they are both subjected to the same problematic gaze.

In 1886, Nietzsche published a sweet little piece of writing titled “Beyond Good and Evil,” in which he accused the great thinkers of his time (and all times before him) of being dogmatic (he also began that book with a critique of the general misunderstanding of women, where women signified “philosophy”). Even those of us who studied Nietzche, or Derrida, or other post-structuralists often still speak and think in terms of good and bad, right and wrong. We still exist in a political climate based on the left and the right, and we still place women in the category of “beautiful" or “faithful,” (as in smart, accurate or useful in some way other than for the arousal of heterosexual men). And we defend those women according to the value we place on each camp. But this week, both Serena Williams and Kim Kardashian defended themselves with striking images that made essentially the same statement: “This body, though visible to you, is not [always, or maybe ever] here for you.” In the name of gender equality, we should embrace it.