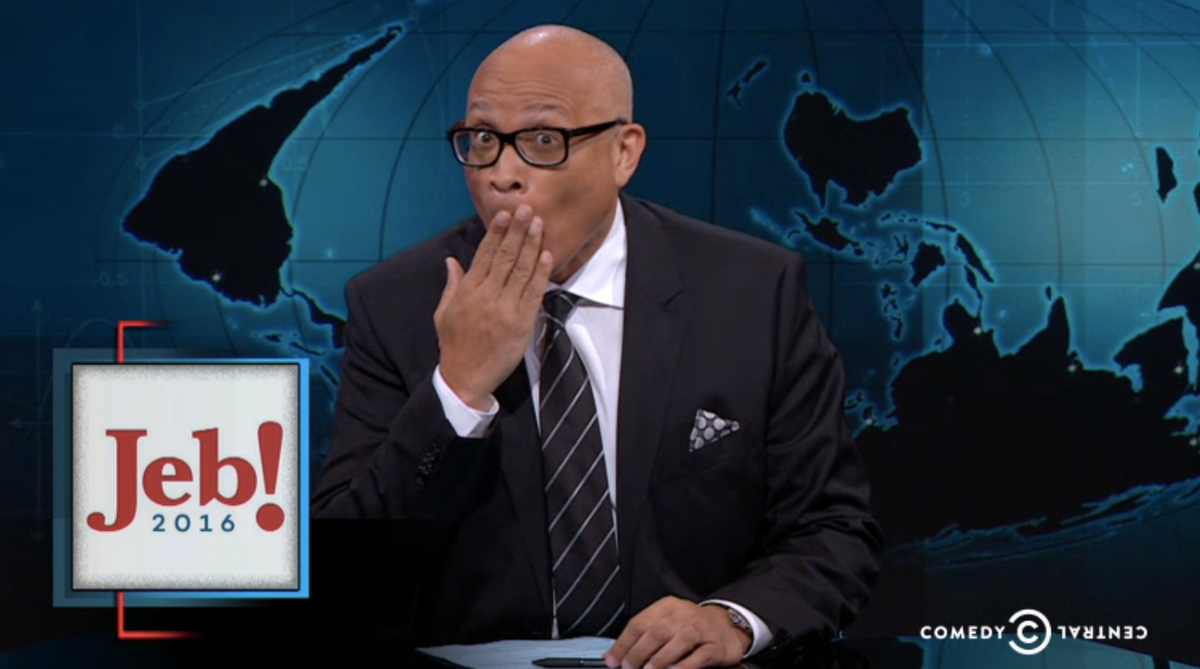 "The Nightly Show" crew has been spending a whole lot of time in the last few weeks discussing the campaigns of Hillary Clinton, Donald Trump and Bernie Sanders -- which is why, on Thursday night's program, Larry Wilmore decided to check back in with Jeb Bush. His findings: Jeb -- or should we say, Jeb! -- is still backpedaling on his support for the Iraq war under his brother's administration.

Prompted by a "Revisionist History" alarm sound, Wilmore rolled a clip of Bush explaining that "it was a success!" and that the withdrawal from Iraq caused a void which ISIS filled. "Where was Secretary of State Hillary Clinton in all of this?" he went on to ask.

"So George is gone and this is all Hillary's fault?" Wilmore fired back.

The "Nightly Show" host  concluded that Bush must have been living in some sort of "distorted reality" -- "Back to the Future" style.

"This is like some ... Marty McFly time-travel realness right now," he said. "Where we're going we don't need facts!"