"I knew I could never go home again": Jay Ducote on the high cost of cooking (gumbo) on reality television 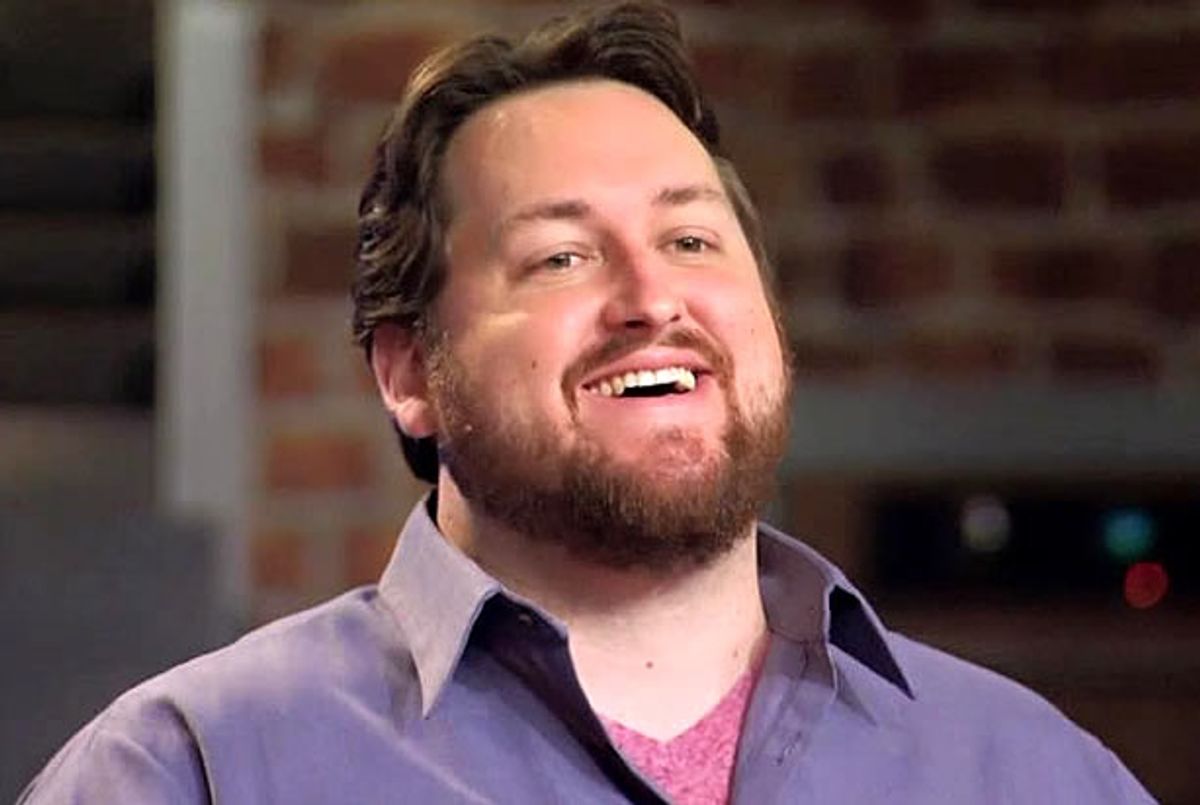 Before I begin, a simple fact: Louisiana cuisine is superior to every other American cuisine, and the competition isn't remotely close. Corollary to this fact is that anyone who promotes Louisiana cuisine beyond state lines is doing the rest of the country a favor, even if that person punctuates every sentences with "Bam!" -- he's only doing so, after all, because he knows that when he hits that dish with a finishing salt, whatever meal he's just prepared is better than any you ever will.

So when Slate's Ashlie Stevens complained that "Next Food Network Star" finalist Jay Ducote belonged to Californian Guy Fieri's school of "shouting at slabs of meat," and that his presence in the competition is indicative of the network's "obsession with cranking out imitations" of Fieri, she only missed the point completely. Fieri's enthusiastic about everything -- every episode of "Diners, Drive-Ins, and Dives" is an exercise in escalating superlatives, a veritable Cold War between the "best" and "greatest" things he can "hunch" into his mouth-hole. Ducote's enthusiasm is specific, grounded in the confidence that the tradition from which he comes will allow him to interrogate -- not shout at -- a tenderloin far better than any challengers.

Which isn't to say he's professionally trained. Like another Louisiana State University graduate, Jesse Romero, who appeared on the Gordon Ramsay vehicle "MasterChef" this season, Ducote's Pembleton-deep knowledge of how to break a slab down and make it sing isn't the product of formal training, but of another tradition at which Louisiana outstrips the rest of the nation -- tailgating. It would be difficult to argue that the highly contingent nature of cooking outside in Louisiana during the wettest of its four rainy seasons necessarily gave the pair an advantage in their respective competitions since Romero was -- to the surprise of everyone, including himself -- eliminated very early in the "MasterChef" run by Gordon Ramsay, who accused him of behaving "like a petulant child."*

*Romero didn't appear to be in the episode itself, nor in the previous ones. Reality shows are typically edited in the service of the production team's preferred narrative, such that someone eliminated in a later episode for petulance is shown behaving petulantly in previous ones. In Romero's case, the "MasterChef" editors did nothing of the sort. When I asked Romero if he was as surprised by both the fact of and explanation for his elimination, all he'd say was that the way he was portrayed on the show was "dead on accurate."

Romero's early exit notwithstanding, it's clear that the tailgating experience provided Ducote with a distinct advantage over competitors who work in more traditional settings. Shooting days on "Next Food Network Star" often run twelve or thirteen hours long, and contain stretches of post-cooking, pre-judging downtime in which the contestants aren't allowed to interact. ("They want cameras on us for all our interactions, just in case," Ducote told me. "When you see us meet each other in the first episode, that's not staged. When you see us sizing each other up, and it looks like we're sizing each other up, that's because we're sizing each other up.") That kind of routine comes more naturally to a tailgater than fellow finalists like professional chef Dominick Tesoriero, who constantly interacts with his team during shifts, or former NFL cornerback and current food truck owner Eddie Jackson, who holds court with his customers all day. Cooking and waiting is the rhythm of tailgating, and few of the challenges Food Network producers could throw at the finalists could match those regularly posed by darkening Louisiana skies.

Not that Ducote cooked flawlessly, mind you. He became what he called "a state embarrassment" after attempting to make a "quick gumbo," two words that should never share a sentence, much less be adjacent to each other in one. Not only did he make a cardinal error in Creole cuisine by creating a roux far thicker than any gumbo warrants, he had been tasked in this particular judge's challenge to use a "slimy" ingredient and chose okra -- which in addition to being slimy is also a natural thickening agent. As he prepared a single bowl for its glamour shot, the gumbo was already so thick that "I knew I could never go home again."

He also knew that the rest of the gumbo would be sitting for hours while the judges evaluated his competitors' dishes, and that every passing minute increased the likelihood that he'd be offering their distinguished palates a concoction that would fall on the culinary spectrum somewhere between "a spicy congealed okra pudding" and "Cajun-infused baby food."

When he returned to the lonely hotel room in which all the contestants spent their nights -- a room bereft of access to the outside world, as cell phones, televisions, and Internet access were forbidden -- all he could think about was that no matter how far "I advanced in this competition, or in this life either, there's no way I'm ever living down that gumbo. I could devote my life to gumbo, base my entire career on it, write cookbooks, go on tour, and people in New Orleans will shake their heads when they see me and say, 'How could you fuck up the gumbo?'"

I first interviewed Ducote over two months ago, the week after his nationally televised gumbo disaster, so I didn't get a chance to ask him whether he's been approached and upbraided by disappointed strangers. We talked instead about the strange nature of Internet celebrity -- as proprietor of the popular website and radio show "Bite and Booze," he often arrives home to find promotional bottles of wine and whisky stacked high on his porch, and if you're reading this, you no doubt know my story -- and while I found him engaging almost to a fault, I admit that I've been secretly waiting for him to be eliminated so that I could write this article secure in the knowledge that he didn't win the competition. Not because I want to see him lose, but because a life spent rooting for the New York Mets has taught me that, the rare appearance of the miraculous notwithstanding, being invested in who wins and who loses a competition inevitably leads to disappointment.

But as Ducote remained on the series episode after episode, I began to feel what every Mets fan fears most -- hope. Hope for Ducote personally, and for the state he seemed to represent more forcefully with each passing episode. Even the commercials sandwiching the final segments of the show seemed to be conspiring against his competitors. In the penultimate episode, as Jay, Dom, and Eddie each filmed a pilot episode for Food Network, the scenes of his dry-run were followed by an ad for a company that offered "free panties, because he puts you in the mood." His competitors? Cialis and Metamucil.

As much as I know I should remain objective, part of me can't help but hope that Sunday night's finale will be Ducote's 1986.