Watch Donald Trump address immigration, abortion and what it means to be "conservative" in "Meet the Press" exclusive

“They have to go!” Trump told NBC's Chuck Todd, speaking on the issue of undocumented immigrants 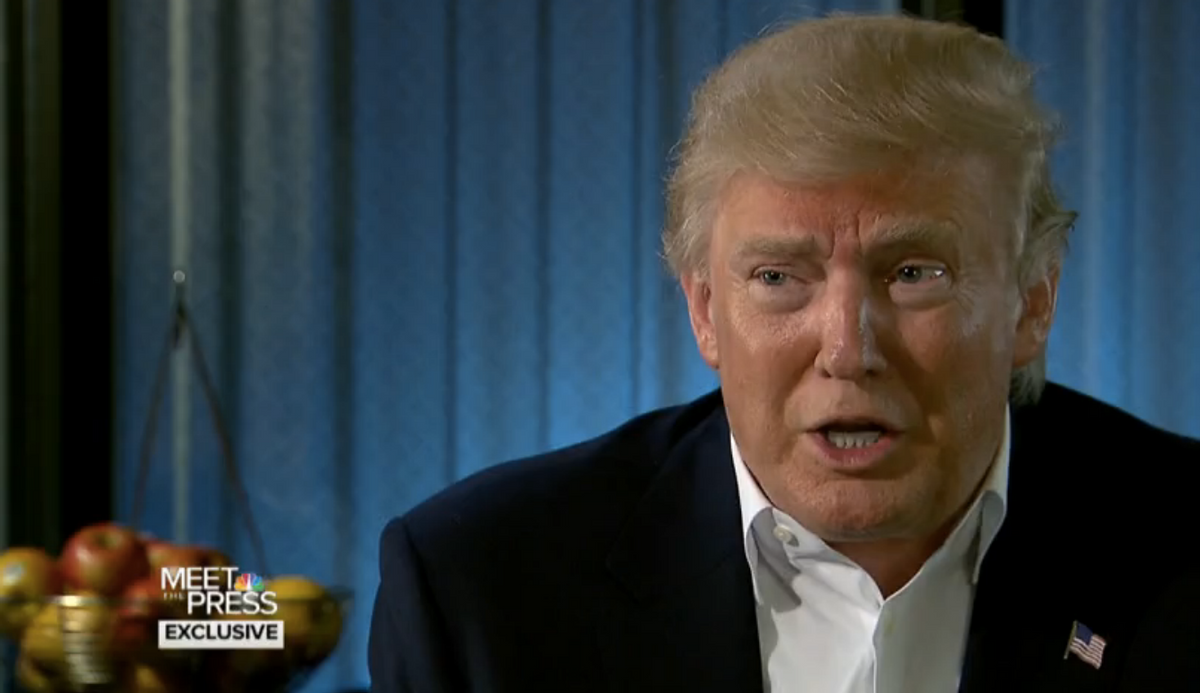 Donald Trump doubled down in an NBC "Meet the Press" exclusive, which aired Sunday morning, telling host Chuck Todd that he would reverse President Obama's orders on immigration and call for the deportation of all undocumented immigrants.

"We're going to keep the families together, but they have to go," he told Todd.

Later, Trump was asked to define "conservatism." Here was his response:

"Well, for me, conservatism as it pertains to our country is fiscal.  We have to be strong and secure and get rid of our debt.  The military has to be powerful and not necessarily used but very powerful.  I am on the sort of a little bit social side of conservative when it comes-- I want people to be taken care of from a health care standpoint.  But to do that, we have to be strong.  I want to save Social Security without cuts.  I want a strong country.  And to me, conservative means a strong country with very little debt."

The conversation then pivoted to the issue of abortion, as Trump noted that he's "always hated the concept" and considered himself "pro-life."

"Should it be legal?  Should some form of abortion be legal?" Todd asked him point-blank.

Watch the full interview courtesy of NBC below: