Janelle Monáe will not be silenced: "Today" should have aired her stand against police brutality in full

Focusing so much on "her signature hairdos and tuxedo outfits" misses the point, too 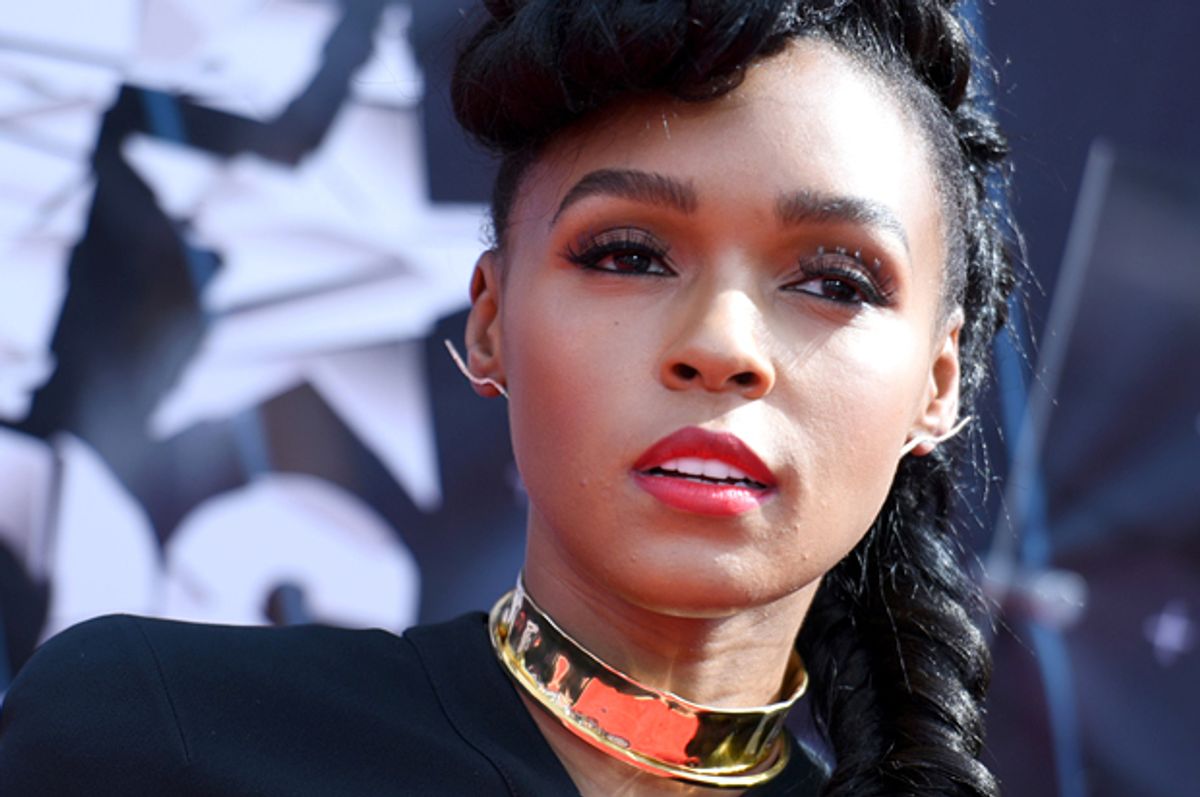 Would you like some completely relevant social commentary with your pleasant morning musical entertainment? Apparently if you're the "Today" show, the answer is, "No thank you."

On Friday, singer Janelle Monae appeared on the show as part of its famed outdoor summer concert series. Monae performed her 2010 breakout single "Tightrope," as well as her current hit, "Yoga." And on Instagram Thursday, Monae introduced a new track from Wonderland Records called "Hell You Talmbout," an anthem for the #BlackLivesMatter movement and a call to keep speaking the names of black men and women killed by police officers — including Eric Garner, Michael Brown and Sandra Bland.

She said, "This song is a vessel. It carries the unbearable anguish of millions. We recorded it to channel the pain, fear, and trauma caused by the ongoing slaughter of our brothers and sisters. We recorded it to challenge the indifference, disregard, and negligence of all who remain quiet about this issue. Silence is our enemy. Sound is our weapon. They say a question lives forever until it gets the answer it deserves... Won't you say their names?" Earlier this month, Monae also led a march against police brutality in Philadelphia.

In her interview on the "Today" show, Monae spoke optimistically about her current musical lineup of "visionary artists," and proudly said, "I feel so complete… The thing that we have in common is community. We really care about our community, and most of our music is to uplift and inspire, and do it in a jamming-ass way."

And before she took to the stage, she spoke emphatically about wanting to "show a different perspective of young black artists." But things got strange right after she did an extended, two minute long, cape-clad James Brown-like ending to "Tightrope" — as the song was still winding down, she began to speak to the crowd outside of 30 Rock. "Yes Lord! God bless America!" she said. "God bless all the lost lives to police brutality. We want white America to know that we stand tall today. We want black America to know we stand tall today. We will not be silenced."

In a perfect moment of irony, that's exactly when she was cut off, with the camera pulling back and Savannah Guthrie promising, "We'll have much more from Janelle Monáe… but first, this is 'Today.'"

For what it's worth, immediately after the performance, Monáe seemed pleased with how it had gone, saying, "Thank you, Today Show!" on Instagram. I don't know if it was a concerted effort to silence her. Live television is a precise business, and it's entirely possible that a performance that may well have already been running long did not allow any room for the airing of a few words to the audience afterward. Certainly after Monáe did "Yoga," the cut to commercial was swift. What might to many look like a deliberate attempt to silence an artist speaking on violence and racial profiling might well have simply been the result of a control room full of people trying to move on to the next segment.

But I'd like to think "Today" could have considered more carefully what the best moment for a white woman to cut in on a black woman making a heartfelt statement about race might be, and how that would appear to viewers.

And it's interesting that on the "Today" site, the clip ends right when Monáe says "God bless America!" That drastically changes the message from a call to action to a seemingly far more simple declaration of patriotism. And the captions for the performance conspicuously note Monáe's "signature hairdos and tuxedo outfits," but not her activism. It's one thing to make an honest if imperfect judgment call in the moment. It's another, however, to seemingly attempt to whitewash the message that Monae was very clearly trying to get across. And that message, amply demonstrated, is that "Silence is our enemy. Sound is our weapon."