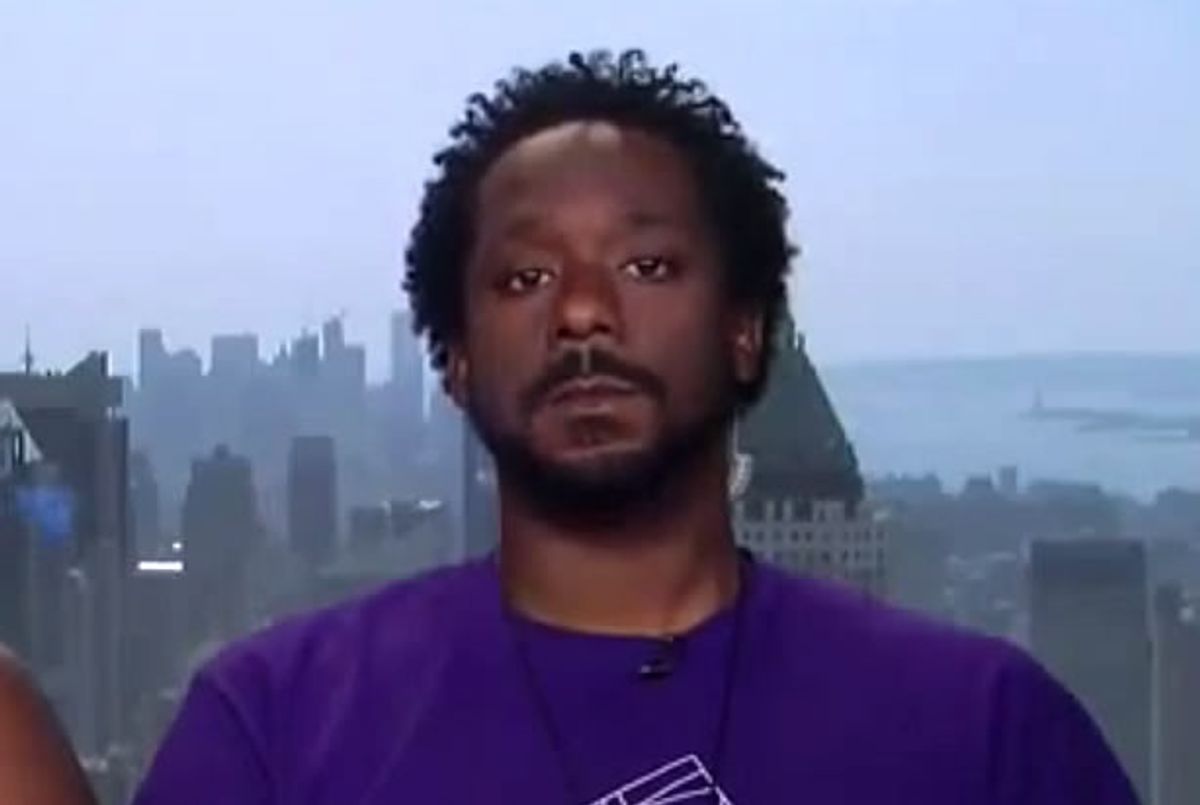 On Tuesday, Wolf Blitzer spoke to leaders of the #BlackLivesMatter movement, who informed him that the conservative attempt to co-opt their organization's name via by claiming "all lives matter" amounts to a "violent statement."

Blitzer had asked Julius Jones, one of the founders of #BlackLivesMatter Worcester, about whether the organization would to continue to employ the shut-down tactics used against Vermont Senator Bernie Sanders, or whether the closed-door meeting with Hillary Clinton represented a strategic shift in its engagement with the presidential candidates.

Jones replied that the movement has a diverse range of options at its disposal, and that it would continue to use whatever tactics it believes will be the most effective given the particular circumstances in which they're intervening.

After listing off a number of the recent incidents that have demonstrated that black lives don't matter -- from Michael Brown to Tamir Rice to Sandra Bland -- he told Wolf to "temper your perspective with the urgency that black lives are constantly under attack and we are in a terrible war with our own country."

Watch the entire interview below via Mediaite.