Data is not always "liberating": The New York Times was right to focus on Amazon's damage to real people instead

The big corporate exposé was not flawless, but let's not capitulate to tech-cliché 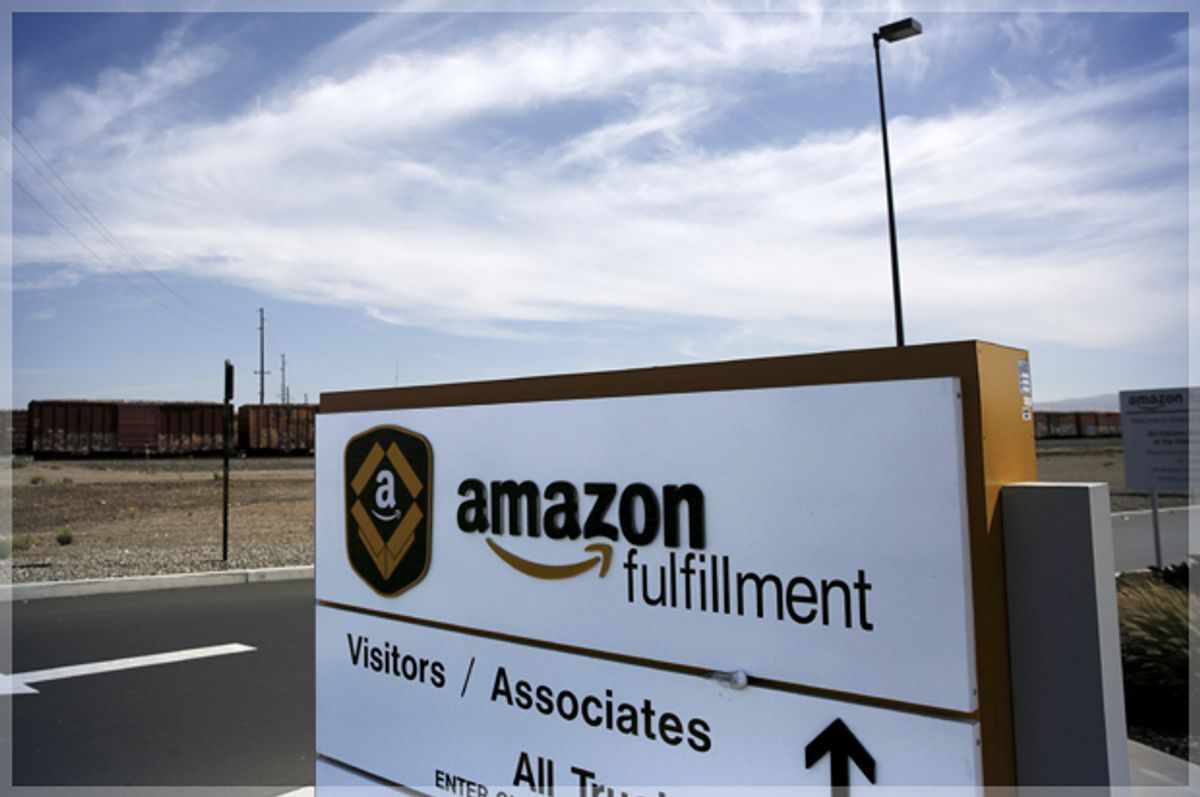 The massive story on Amazon’s relentless and high-achieving office culture, which ran in Sunday’s New York Times, was bound to be controversial: It aired uncomfortable truths about a corporation that’s done its best to keep its inner workings secret and that knows its way around nondisclosure agreements.

The story was also bound to be deflected in a follow-up by members of Amazon leadership team, who deny that the workplace is a heartless dystopia where people cry at their desks, are forced to work on holidays and find themselves marginalized when they have personal or family problems.

And a front-page, 5,000-word article with more than 100 sources that stirs up all this noise, is bound to draw some criticism from the Times’ public editor. Given the paper’s power and its missteps during the Jayson Blair and Judith Miller eras, I appreciate having someone inside take a close, ethically informed look at the big stories.

But I'm thrown by the conclusion to the assessment by Times’ public editor Margaret Sullivan, who leads in by summarizing the story’s impact.

But does the article, with complete fairness, nail down the reality of life as an Amazon employee? No serious questions (to my knowledge) have arisen about the hard facts. That’s to The Times’s credit. But that may partly be because the article was driven less by irrefutable proof than by generalization and anecdote. For such a damning result, presented with so much drama, that doesn’t seem like quite enough.

Now, we’re talking about a story with more than 100 sources, that got one woman to talk about the professional fallout of having a stillborn child, that collected all kinds of detail a very powerful corporation did not want the reporters to have. So while I don’t doubt that the story could have benefited from more reporting or research – what story couldn’t? – to put it at the door of "data" is a bit weird.

Or maybe not so weird. "Data" is one of those words that’s become trendy to the point of fetishism in the digital age, along with “innovation,” “disruption,” “brand” and "industry."

What’s also striking is the role that data and its all-powerful status plays in the culture of Amazon itself. This comes from the Times story, by Jodi Kantor and David Streitfeld:

To prod employees, Amazon has a powerful lever: more data than any retail operation in history. Its perpetual flow of real-time, ultradetailed metrics allows the company to measure nearly everything its customers do: what they put in their shopping carts, but do not buy; when readers reach the “abandon point” in a Kindle book; and what they will stream based on previous purchases. It can also tell when engineers are not building pages that load quickly enough, or when a vendor manager does not have enough gardening gloves in stock.

“Data creates a lot of clarity around decision-making,” said Sean Boyle, who runs the finance division of Amazon Web Services and was permitted by the company to speak. “Data is incredibly liberating.”

And when the Times asked Amazon for information on turnover – one of the key issues of the piece is that the workplace is so hostile that people leave, the paper got this: “Turnover is consistent with others in the technology industry, they said, but declined to disclose any data”

Okay, so at Amazon, they worship data, and they have more of it than anyone else. But when asked to provide some to deflect a charge, they decide it doesn’t really matter.

Data can tell us a lot, and a very fruitful field within journalism concentrates on it. But data doesn’t entirely illuminate human lives. Stories about the details — the anecdotes — of human lives do that. Our best ways of understanding the human condition -- literature and the arts -- have very little to do with data. (This has not kept people from trying to apply it.)

A worship of data – and a disregard for individual experience -- is part of the reason your kid spends all of his or her time getting ready for tests: Instead of actually teaching, or getting to know each child's mind, educators are under enormous pressure to come up with more, uh, data.

One of the main reasons that people in the Internet age worship data, by the way, is the work of Malcolm Gladwell: His New Yorker articles and bestselling books revel in the glory of Big Data, often making social science research lively and accessible.

This makes it interesting that Gladwell, just a few weeks ago, gave a speech in which he talked about the deficiencies of … data.

“More data increases our confidence, not our accuracy,” he said at mobile marketing analytics provider Tune’s Postback 2015 event in Seattle. “I want to puncture marketers’ confidence and show you where data can’t help us.”

Data, after all, is a tool —it’s up to informed human beings, who understand context, to make sense of it. “The reason your profession is a profession and not a job,” Gladwell said, “is that your role is to find the truth in the data.”

Whatever the blind spots of the New York Times story, its writers did just that.