For all his Bible-quoting, many noted he didn't quote Leviticus 20:10 on the punishment for adultery 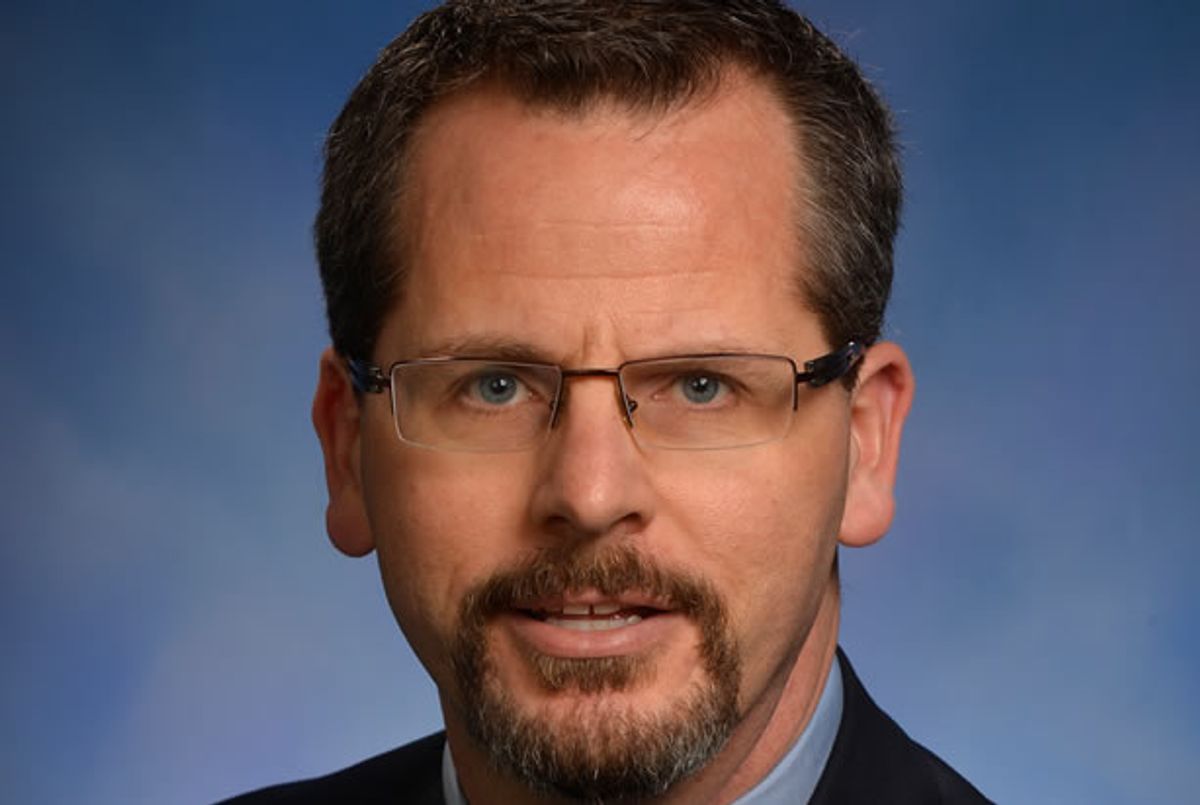 The Michigan Tea Partier who attempted to deflect attention from his extramarital affair by creating a "male on male paid for sex" scandal in order to "inoculate the herd" posted a 2,000-word-long apology on Facebook Sunday, possibly in the expectation of receiving a sympathetic Christian reception. Needless to say, he received nothing of the sort -- especially not after writing a post this morning calling for an investigation into someone else's alleged corruption while a similar investigation currently hangs over his own head.

Republican state Representative Todd Courser was attempting to apologize for the affair he had with fellow "Tea Party gladiator," Cindy Gamrat, who like Courser is married to someone else. The two shared an office in what Josh Cline told the Huffington Post's Marina Fang was a "hostile and untenable work [arrangement] in which I was required to turn a blind eye toward the improper behavior in Rep. Courser and Gamrat's office."

Courser -- who has still not resigned -- wrote on Facebook that despite the depravity of his many sins and his attempt to hide them, however poorly, from both his wife and the world, those "who say that 'God is dead,' or 'Christians are failures,' or 'Christians are hypocrites'" are incorrect, because his "failures in no way reduce or negate God's promises." Which is all well and good, as far as it goes -- and on the Internet, even among self-described Christians, that's not very far at all.

That's a sentiment Holly Arabie Griffith echoed, writing that "I can play Bible too! Leviticus 20:10: 'If a man commits adultery with another man's wife--with the wife of his neighbor--both the adulterer and the adulteress are to be put to death.' I don't really think you should be put to death, because I'm not a psychopath, just that you should probably think twice before quoting the Bible after what you've done."

"You are totally ineffective," Rhonda Collins wrote, before discussing his attempt to start a corruption investigation against another representative. "Trying to transfer focus from yourself to other corruption. You need to resign. Instead of doing your job, you were more focused on getting it on with your girlfriend during working hours."

Sue E. Inderhees took note of the homophobia implicit in his "cover story" about "male on male paid for sex," writing that "[w]e do not care who you fucked, we only care who you tried to screw. So why don't you apologize to LGBTs, your fired staffers, your constituents and the people of Michigan in general, and then resign already."

Duke Newcombe agreed, saying " I'm just here to laugh at you the way you have laughed at the LGBT community every time you have characterized us as somehow less than you. You're a turd, Todd. A stinking turd that we all just want to wipe off the bottom of our collective shoe"

Keven Anderton implored Courser to "[s]top deleting the positive posts. I mean, seriously, somebody must be removing them because there are none to be found."

And many of the people Courser thought would leap to his defense-by-supplication chose instead to note the self-importance of his statement that his infidelity would cause people to lose their faith in God. As Dan Daugherty wrote, "[n]obody's opinion of God changed because of you. You're a politician, happily reaping the benefits of your beliefs, to whatever extent they're actually your beliefs. This is about you. You have no integrity. Resign now. God can manage without you."