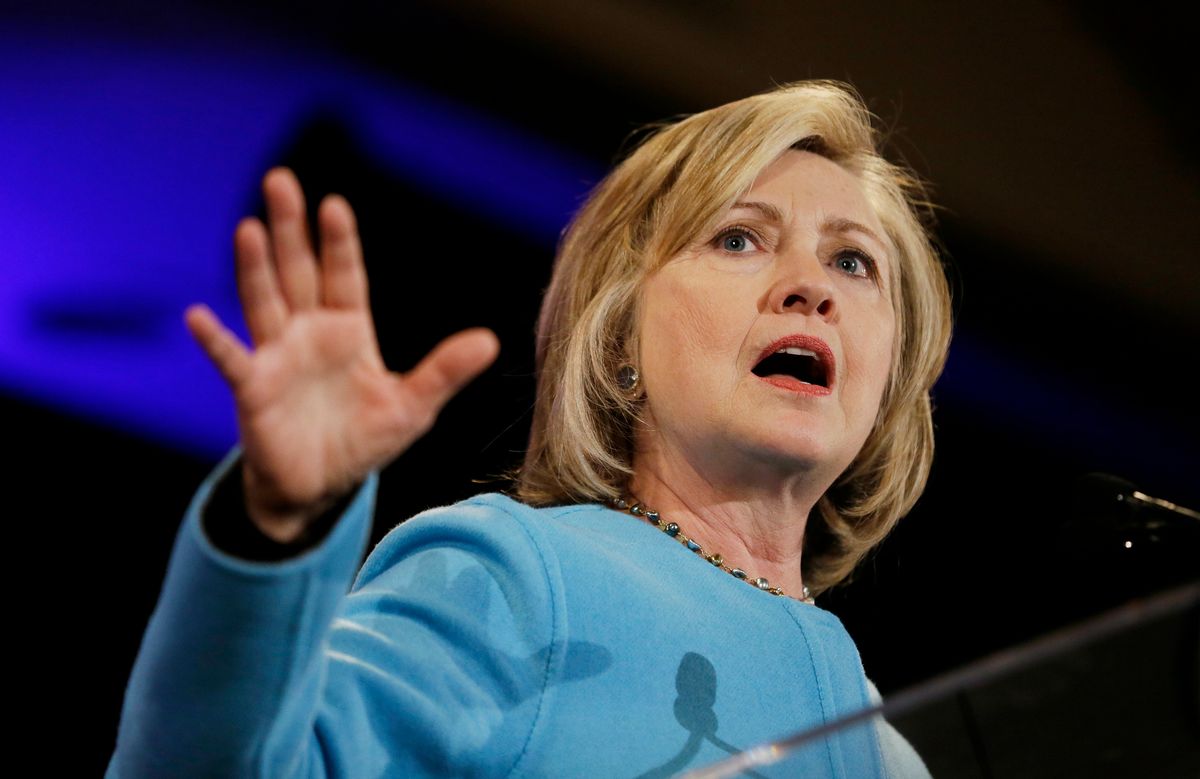 There's no longer any question about where Hillary Clinton stands on the question of whether the Arctic should be opened to oil and gas drilling. A day after the Obama administration gave Shell its final permission to start drilling in the sensitive region, the 2016 Democratic presidential candidate took to Twitter to voice her displeasure:

Her campaign has confirmed that Clinton does, indeed, firmly oppose Arctic drilling, a position that helps to solidify her environmentalist credentials and which sets her up in opposition to President Obama. His stance on Arctic drilling, when held up next to his climate change advocacy, has been widely criticized by greens as hypocritical.

Clinton's tweeted sentiment is much more in line with the environmental community's position on Arctic drilling: that knowing what we know about the inherent risks of operating in that region, and about our unpreparedness to deal with a potential spill, it's just a plain bad idea. Moreover, if we want to avoid the worst impacts of man-made climate change, experts say, the Arctic's oil and gas reserves must remain in the ground.

On the other looming question -- where she stands on the controversial Keystone XL pipeline -- Clinton continues to remain mum.