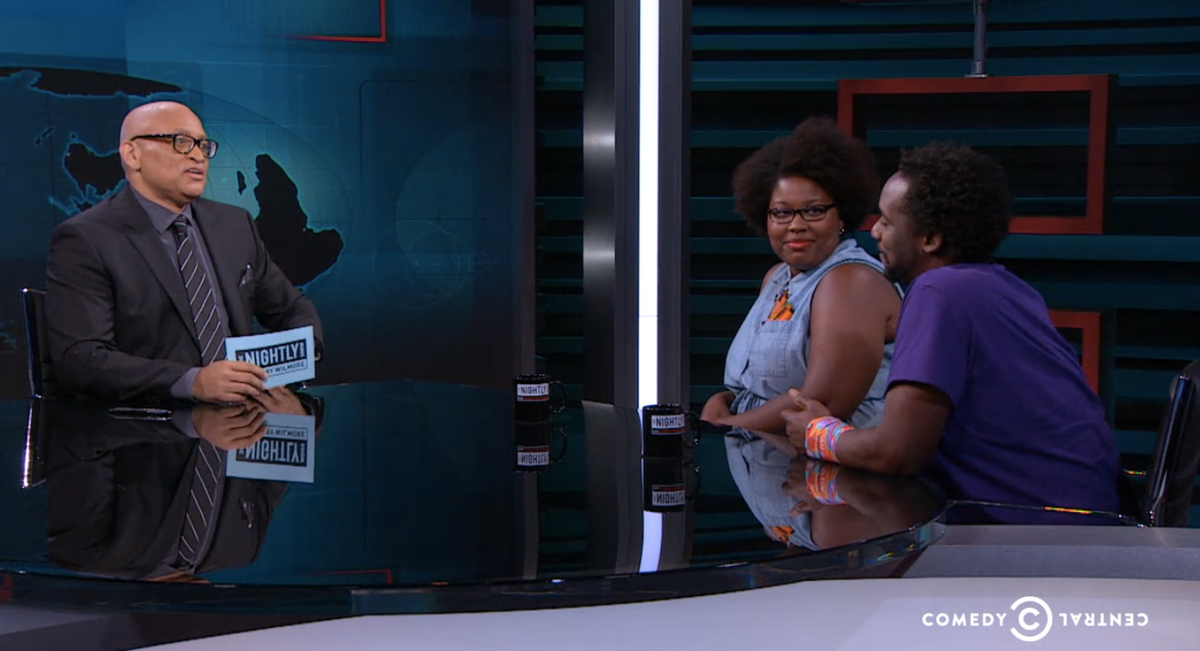 Two of the Black Lives Matter activists who confronted Hillary Clinton backstage in New Hampshire, Daunasia Yancey and Julius Jones, sat down with Larry Wilmore on Tuesday's "Nightly Show" to discuss their "method of disruption."

Asked why it was so important to "make white people uncomfortable" (Wilmore's translation of the term "disruption"), Yancey said that discomfort isn't the goal -- it's an inevitability when talking about race in this country.

“When we’re talking about race in this country that’s often what happens — white people get uncomfortable,” Yancey said. “What we’re looking for is to push through that discomfort to really get to the root issues and get to the root solutions.”

Later, Jones explained why "All Lives Matter" -- a phrase which, "on its face seems like a really valid response" -- is actually not: "It's actually a violent response because the only time you hear it is in response to when someone says 'Black Lives Matter.'"