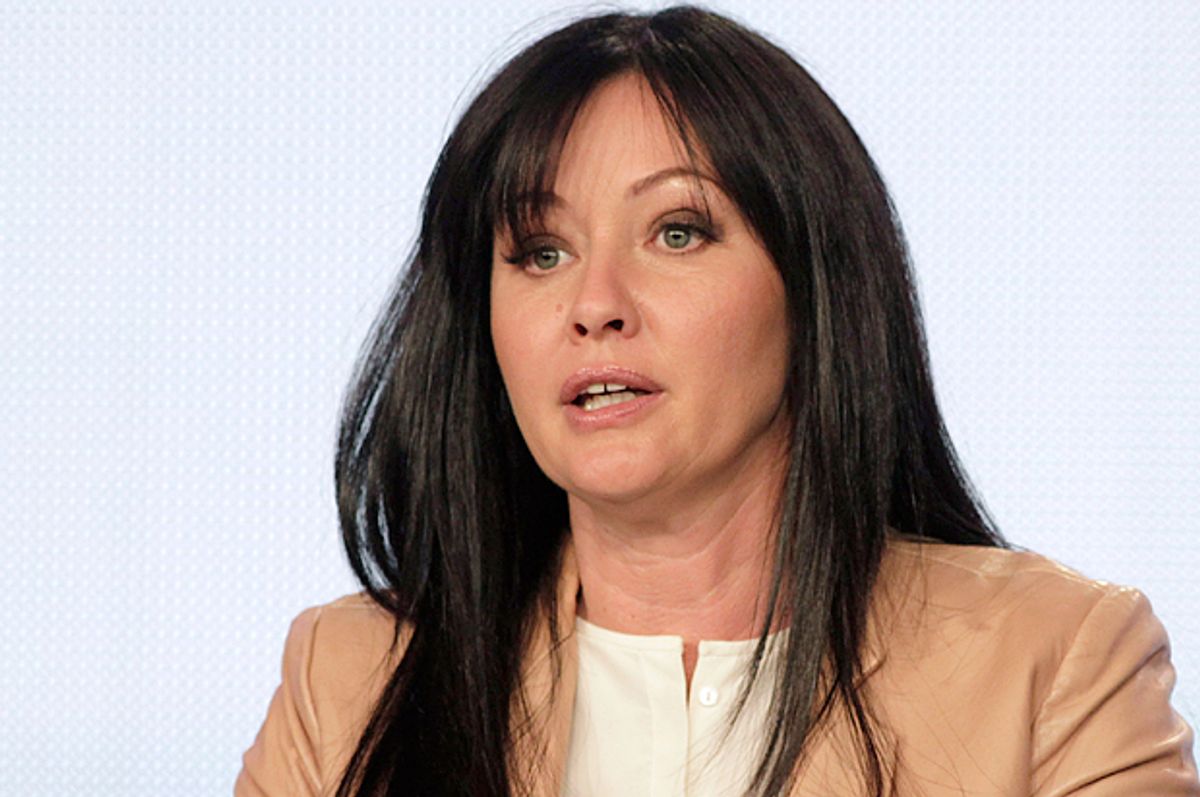 In L.A. court Wednesday, "Beverly Hills 90201” star Shannen Doherty revealed that she has invasive breast cancer that she says went untreated due to a lack of insurance.

Doherty is suing Tanner Mainstain Glynn & Johnston, a business management firm who was tasked with paying out her Screen Actors Guild medical insurance premiums. According to the suit, the company neglected to pay her insurance premiums during 2014, so she was unable to visit a doctor during this time, as she normally would have done.

When she finally got her insurance back this year, the actress discovered that she had invasive breast cancer that had metastatized to her lymph nodes.

“Plaintiff was informed that her cancer had spread during 2014 (when she was not insured),” the lawsuit continues. "Plaintiff was also informed that, had she been insured and able to visit her doctor, the cancer could potentially have been stopped, thus obviating the need for future treatment (including mastectomy and chemotherapy) that Plaintiff will likely have to suffer through now.”

The suit alleges another a series of other grievances, including "strange and unexplained" use of funds, overcharging of professional fees and negligence. "After gaining control of all of their clients' cash and assets, they find a way to lose it, sometimes by gross incompetence, sometimes by self-dealing and outright theft. Along the way, they habitually deceive their clients, going so far as to set up bogus transactions, to conceal their misdeeds, errors and omissions. The firm has hallmarks of a Ponzi scheme,” the suit claims. Doherty is seeking an unspecified amount in damages.