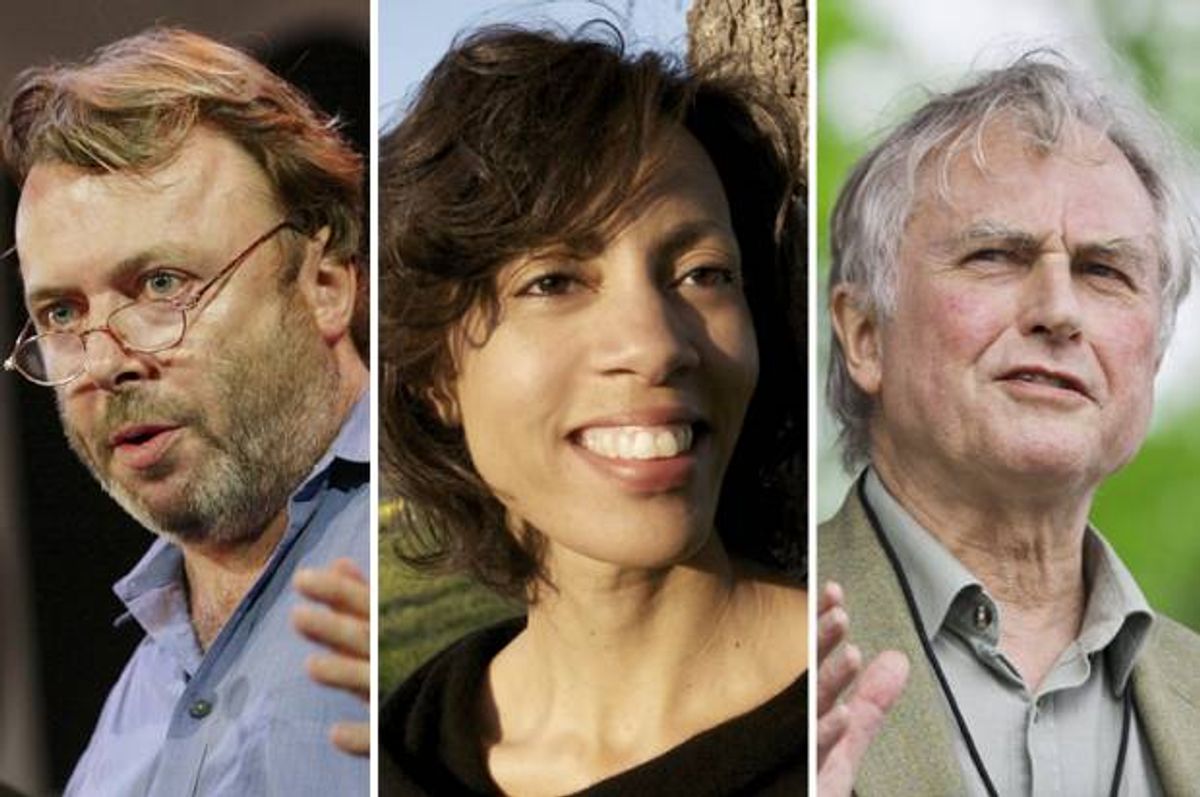 In a Salon piece last week called “Where are the women of new atheism?”, Katie Englehardt described what looks like diminishing participation of women in atheist life. She also encouraged atheist women to more openly embrace their beliefs.

But atheist women are very active. These women aren't visible -- and there aren’t more like them -- for at least five reasons.

First, women are more devout because they have to be. Women's religiosity is directly related to economic security. The lack of a social safety net means that women, who are still responsible for the bulk of elder and child care, often need to rely on religious organizations to support themselves and their families. The Catholic Church alone has more than 2,500 local organizations that provide critical safety net services for more than 10 million people annually. The network of friends that develop around churches, mosques and temples likewise become essential partners in caring for families. Those communities are necessarily deeply enmeshed in the daily cadence of life. There are, as Sikivu Hutchinson explains in her book on this subject, "Moral Combat," necessary connections between gender, religiosity and social justice. "The domino effect of de facto segregation, job discrimination, unemployment, foreclosure, mass incarceration, and educational apartheid has bolstered the influence of religious institutions in many black and Latino neighborhoods where storefront churches line every block," she explained recently.

Second, sexism is real and has an effect on women’s participation and leadership within the atheist community. Rape jokes and sexual harassment, as penalties and tools to silence women, exist in atheist and secular groups as well as religious ones. Many people hold the tacit belief that atheism equals rationalism and rationalism is gender-neutral, and therefore sexism can't exist among atheists. But critical thinkers do irrational things all the time -- and unless they actively try to resist existing prejudices, they can easily fall into them. The discrimination based on class, race, gender and sexuality that we see in the broader culture exists in atheist and secular communities too, and requires the same dismantling.

Third, men of all ideological persuasions are overrepresented in media -- why should atheists be any different? There are prominent, activist secular and atheist women in the United States. I started to write a list of names to add here, but I didn’t want to make their weeks a social media misery, because online abuse in this community mirrors similarly misogynistic abuse of public women elsewhere. It's not that these women don't exist, but that we are less likely to ever see them or hear their words. We see more male atheists because we see more males. Prominent atheist and secular men benefit from media that grossly prefers the speech of men. This is uncontestable by any meaningful measure. Rational people know this and can understand that it’s a media injustice contributing to power imbalances, but most people don’t do anything about it. Whether or not I respect their work, every time media runs a story featuring the names and photographs of the same three straight, older, white men that we’re so familiar with, these issues are perpetuated.

Fourth, I know it’s obvious, but it still bears saying: Atheism and secularism are part of a movement, with leaders, on Earth. This social movement is no less subject to norms than anything else and we live on a thoroughly patriarchal planet. Have you seen pictures of any of the major economic summits in the world? Or the 100%men tumblr? When disruptive movements occur, women are always involved, but when these movements consolidate themselves, women are usually excluded from power structures. It happened in the French Revolution, it happened in the American Revolution, and it’s happening again now in post-revolutionary transitions in the Arab world.  It requires massive and concerted effort to offset prevalent gender biases. It requires men, who have disproportionate power, to engage in seeking balance. The Women in Secularism Conference, started by Melody Hensley and the Center for Free Inquiry in 2012, is meant to address imbalance. This year’s conference, which began with an efflorescent expression of the problems at hand, was bigger than last year's.

Fifth, it’s no exaggeration to say that managing sexism is exhausting, depressing and distracts from work women could be doing as visible spokespeople of fighting for higher and equal pay, or immigration policies that include uneducated women, or ending sexual predation, or advocating for the right to control our own reproduction. All of which, by the way, would probably contribute to the growth of secular and non-religious culture. (There are reasons why seven of the ten most religious states in the U.S. are also rated the worst states for women to live in.) The need to constantly struggle against gender-based prejudice leaves women with less time and energy to work on any of these issues.

Conferences like Women in Secularism or Blackout, a secular rally celebrating diversity started by Mandisa L. Thomas, president and founder of Black Nonbelievers, are vibrant events and important to building communities. But they're not enough. Kim Rippere, founder of Secular Woman, explains, “The secular community needs to be self-reflective regarding acceptance and inclusion both within our community and in society and the media has to stop ignoring women atheists or it will continue to be difficult for women to emerge as atheist leaders.”