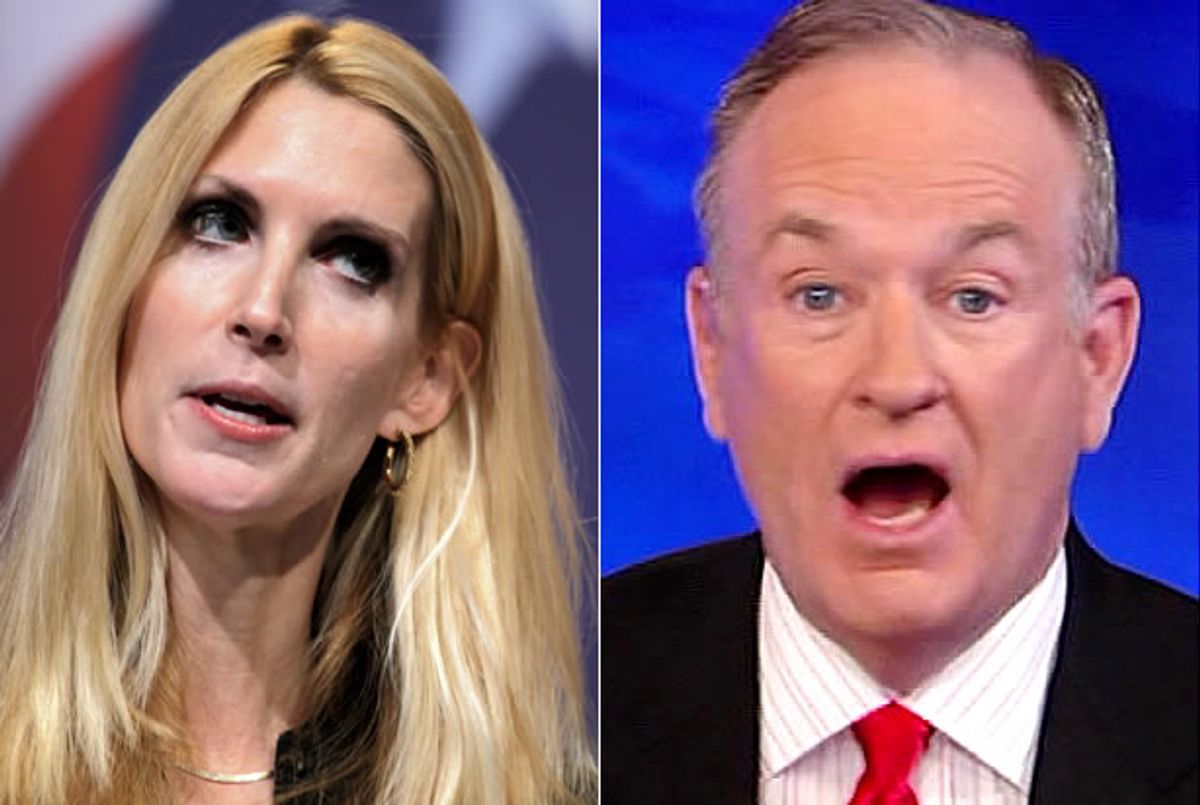 Conservative commentator Ann Coulter is none too pleased with Bill O'Reilly's recent penchant for criticizing Donald Trump, whether it be for his remarks about Senator John McCain or, in particular, his Trump's immigration policy.

Earlier this week, Coulter gushed disgustingly over Trump's proposal, saying that she would allow him to "perform abortions in the White House" if it were made into law.

When Trump spoke to O'Reilly, the Fox News host insisted that "that’s not going to happen. The 14th Amendment says that if born here, you’re an American and you can’t kick Americans out. And if you want to deport people who are already here, each and every one [of those undocumented immigrants] is entitled to due process, and it’d take decades to do that, billions of dollars, and the courts would block you at every turn."

Coulter took to Twitter to express her displeasure with O'Reilly:

As promised, she addressed the issue in her latest syndicated column, claiming that "[o]ur history and our Constitution are being perverted for the sole purpose of dumping immigrants on the country to take American jobs. So far, only Donald Trump is defending black history on the issue of the 14th Amendment. Fox News is using black people as a false flag to keep cheap Third World labor flowing."

UPDATE: Between the time the copy above was drafted and published, Coulter went on the offensive again: