Donald Trump is the harbinger of GOP doom: The devastating history lesson that Republicans are completely ignoring 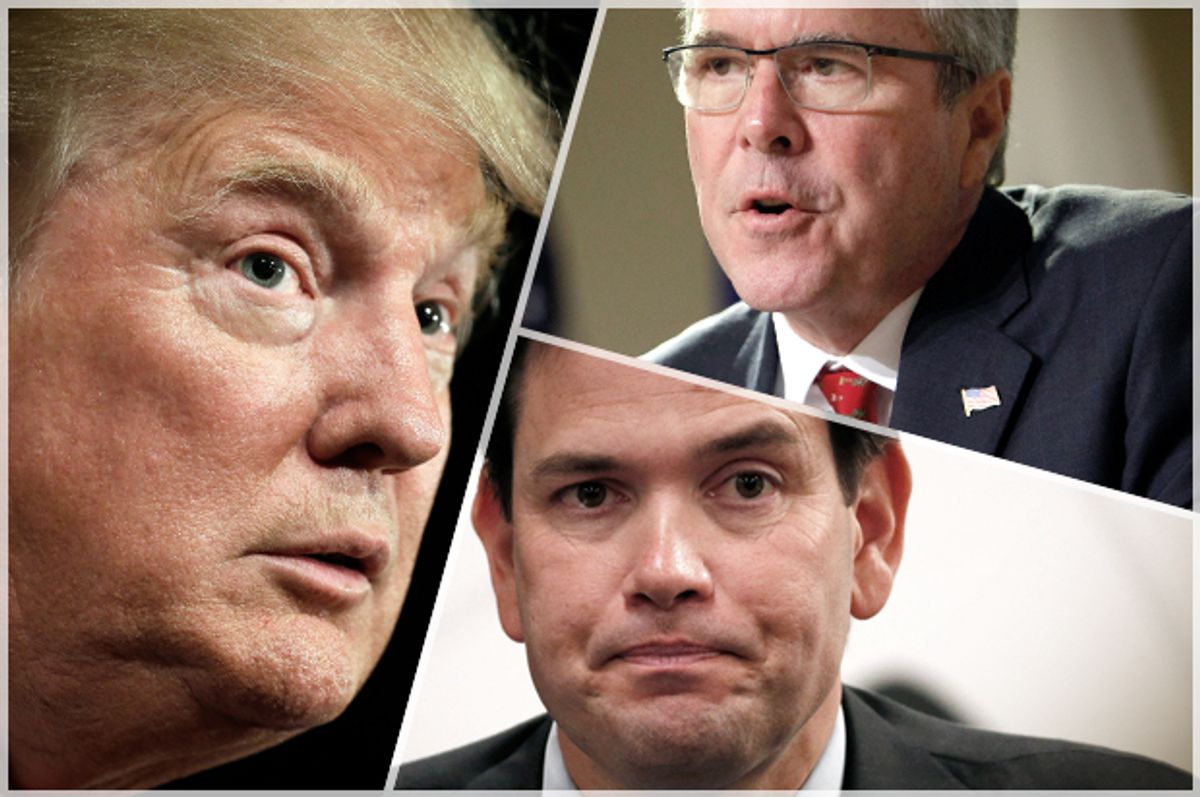 There was a time back in the day when I used to joke with Republican friends that I would happily support a constitutional amendment that would ban all presidential candidates from California if they would agree to ban all presidential candidates from Texas. The joke, of course, was that my home state, "the land of fruits and nuts" had recently produced two conservative Republican presidents, Nixon and Reagan, while Texas's most recent contribution had been the man responsible for "Hey, hey LBJ, how many kids did you kill today." In those days of post-Vietnam liberalism, that trade seemed like an excellent deal for the left.

It's hard to imagine now, but from Harry Truman until Bill Clinton, California voted for a Democratic president just one time, for John F. Kennedy in 1960. With a few exceptions here and there, California also voted for GOP governors and senators more often than not. Even though the state had a longstanding reputation for social tolerance and cutting-edge cultural change, politically speaking it was a conservative state, as red as Texas is now.

There were obviously many factors that contributed to California's evolution into the deep-blue state it is today, from demographics to the culture war. But none of those things come close to the damage that then-Governor Pete Wilson did to the longterm interest of the California Republican Party in 1994, when he scapegoated Latino immigrants as the cause of all the state's woes.

Wilson was running for re-election, and as part of his campaign to distract from the economic failure of his first term and increase turnout among his base, he ran on a platform promising to crack down on undocumented workers, and enthusiastically supported the infamous Prop 187, which set up a statewide system designed to deny any kind of benefits to undocumented workers, including K-12 education and all forms of health care.

(He also supported a constitutional amendment to repeal birthright citizenship, currently guaranteed by the 14th Amendment.)

Here's the famous "they keep coming" ad the Wilson campaign ran that year:

Wilson ultimately won the race, and the proposition passed with a 57 percent majority. Nativists everywhere applauded and cheered.

Unfortunately, they apparently didn't know how to count. They failed to recognize that Latinos were the fastest growing ethnic minority in the state, and knew very well that all this "concern" about undocumented immigration stemmed from a nativist impulse that had little to do with economics and everything to do with bigotry.

The reaction was swift:

The Rev. Jon Pedigo remembers he was so angry that he instantly started planning a march from his parish in Morgan Hill to St. Joseph's Cathedral in San Jose.

"I said, 'I'm going to take that frickin' cross from the church and I'm gonna walk to the downtown cathedral and demand that something be done,'" said Pedigo, now pastor of East San Jose's Our Lady of Guadalupe Church. The next morning he led 250 people on the 21-mile walk.

"We filled the cathedral. We filled the park. It was amazing," he said. "We said, 'We will not put up with this, and we want God on our side.'"

I don't know if God was on their side, but Latinos certainly did not put up with it. The Republicans lost the Hispanic vote in California and have almost zero chance of getting it back. The Hispanic population saw the ethnic hatred on display during that period, hatred which was enthusiastically stoked by the Republican Party of California.

The demographic trends in the state guarantee that the GOP will be in the minority in California for a very long time to come. And needless to say, if anyone thought that after 20 years a younger generation might forget why their parents rejected the Republicans and give them another look, the primal scream we are currently witnessing in the 2016 presidential primary is giving them quite a refresher course.

This story is almost a political cliche, repeated so constantly in the media that it has the taint of a moldy morality play rather than a true political lesson. Certainly it's been an article of faith that the Republican Party simply cannot win nationally if they don't find a way to attract some Latinos. This is what they themselves wrote in their post 2012 autopsy report:

States (i.e. self-deportation), they will not pay aityttention to our next sentence. It does not matter what we say about education, jobs or the economy; if Hispanics think we do not want them here, they will close their ears to our policies. In the last election, Governor Romney received just 27 percentof the Hispanic vote. Other minority communities, including Asian and Pacific Islander Americans,also view the Party as unwelcoming. President Bush got 44 percent of the Asian vote in 2004; our presidential nominee received only 26 percent in 2012.

As one conservative, Tea-Party leader, Dick Armey, told us, “You can’t call someone ugly and expect them to go to the prom with you. We’ve chased the Hispanic voter out of his natural home.”

We are not a policy committee, but among the steps Republicans take in the Hispanic community

and beyond, we must embrace and champion comprehensive immigration reform. If we do not,

our Party’s appeal will continue to shrink to its core constituencies only. We also believe that

job growth and opportunity for all.

Unfortunately, their base doesn't care about their models and their projections; they are convinced that immigrants are the source of all their troubles. And that's a huge problem. A recent analysis by Latino Decisions shows that Republicans need to get at least 47 percent of the Latino vote in order to win in 2016. (For reference, Mitt Romney won 23 percent.)

I'm going to take a wild guess that Donald Trump and the cowardly clown car that's chasing him have just made achieving that 47 percent figure impossible. It's very hard to imagine that they can put this nativist genie back in the bottle. Even Jeb Bush, who is married to a Mexican American, was out on the campaign trail talking about "anchor babies" yesterday. All GOP candidates are getting drawn into the vortex, whether they want to or not. And some of them are just diving in had first:

In case it wasn't clear, Dr Ben Carson, the man who is coming in second in many GOP presidential polls, is suggesting that the government use armed drones to kill undocumented immigrants. Pete Wilson was a bleeding heart liberal by comparison.

Wilson's California Republicans are now a rump party of angry, white Tea Partyers and a handful professional operatives. It's a very sad motley group compared to the political juggernaut that produced Richard Nixon and Ronald Reagan.

There used to be an old saying "As California goes, so goes the nation" meaning that California was the modern, forward thinking laboratory of democracy which started the trends that everyone else would soon follow. If that holds true in this case of this Latino bashing, the Republicans are in for a long road back from the debacle of 2016.