Dear Jonathan Franzen: No, women don't "need" to go looking for a villain — and you are not a victim

Men -- don't tell us how much you've done for feminism 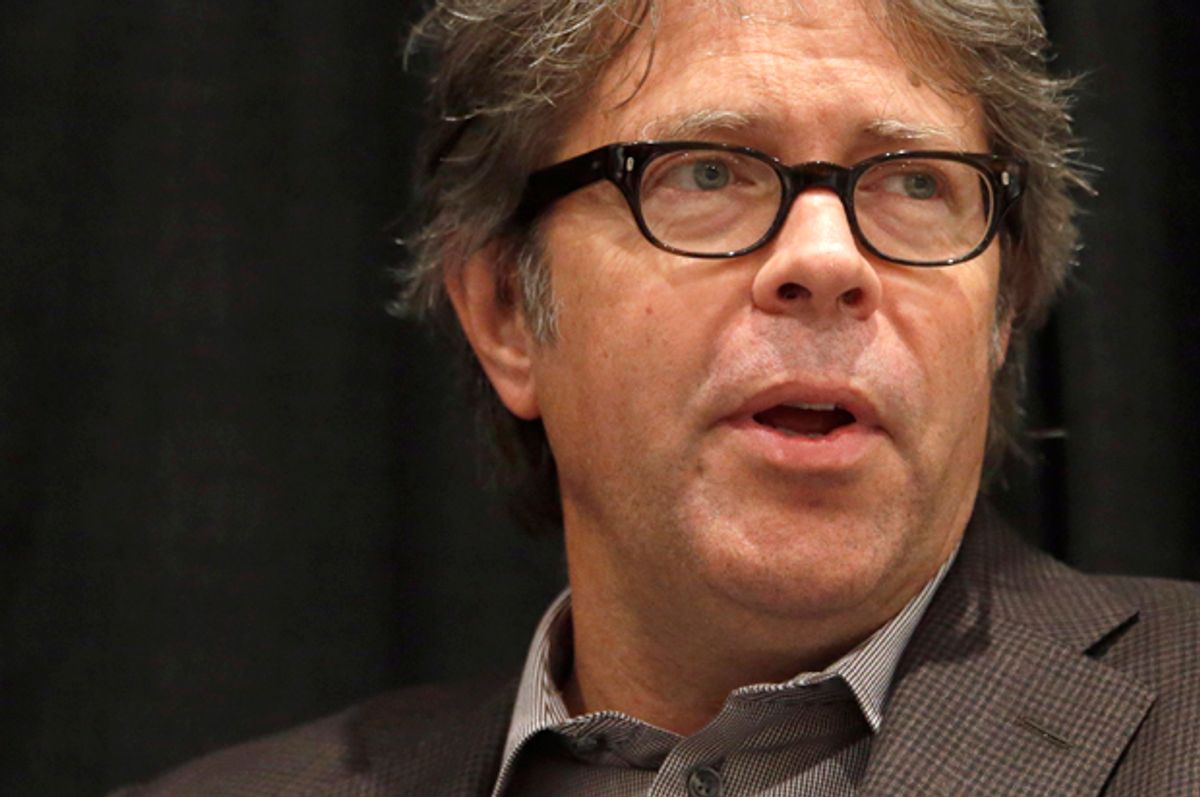 There is so, so much weirdness going on in that recent Guardian interview with acclaimed novelist, Oprah shunner and social media disdainer Jonathan Franzen that the thing is best digested in small pieces. There's the part about how he toyed with the idea of adopting an Iraqi war orphan, because "One of the things that had put me in mind of adoption was a sense of alienation from the younger generation." There's his assessment of the famous 2001 incident in which he blew off Oprah's book club as not in keeping with ''the high-art literary tradition'' he considered himself part of — "I think the fact that I was a white guy made that harder." And then there's Franzen on feminism. Hoo boy. Let's just try to deal with that one, because it so not just about him.

Franzen has a longstanding reputation as not being fully enlightened on the subject of women, in particular the different ways in which female authors are marketed, reviewed and received differently than their male counterparts. Three years ago, he wrote a New Yorker feature on Edith Wharton that he now describes to the Guardian as "deliriously praising celebration" — and in which he repeatedly made mention of her "one potentially redeeming disadvantage: she wasn’t pretty." And earlier this year, he snarled that "There’s something about Jennifer Weiner" — the bestselling novelist who regularly uses her social media platform to question the literary world's gender and genre expectations — "that rubs me the wrong way, something I don’t trust." He went on to say that "She’s an unfortunate person to have as a spokesperson," and then proudly declared he'd never read her.

That Franzen receives a lot of attention, acclaim and splashy reviews is not something he has a lot of control over, nor is it a thing to be faulted for. That Franzen's new novel, "Purity," features "a fanatical feminist who, among other things, forces her husband to urinate sitting down on the toilet to atone for his maleness," is the right of a fiction writer to create a fictional character. But that he seems to adamantly not get that his smug dismissal of female authors and what he once called the "schmaltzy, one-dimensional" novels of Oprah's book club reveals a certain boastful narrowness about things that involve and interest women is a bit off putting? That's on him.

In his Guardian interview, Franzen says that "I’m not a sexist. I am not somebody who goes around saying men are superior, or that male writers are superior. In fact, I really go out of my way to champion women’s work that I think is not getting enough attention. None of that is ever enough. Because a villain is needed. It’s like there’s no way to make myself not male. And one of the running jokes in the Tom and Anabel section [of 'Purity.'] is that he’s really trying to not be male…. There’s a sense that there is really nothing I can do except die – or, I suppose, retire and never write again."

Funnily enough, his words were similar to those of considerably less famous Feminspire co-creator Ben Schoen, who this week went on a Twitter meltdown — and then explained in a statement that it was okay because "I have done more for the cause of advancing women’s rights than any of the people who are criticizing me."

Here's some advice. A good way to prove that you are not a sexist is not to whine, LOOK HOW MUCH I DO FOR YOU WOMEN AND YOU DON'T EVEN APPRECIATE IT. It's understanding that being part of the problem of the incessant sexism that we women deal with every goddamn day of our lives — in our jobs, in our quest to maintain our right to reproductive autonomy, in our desire to just walk down the street in peace — isn't just "going around" saying out loud that men are superior. So, you know, sorry if we don't seem sufficiently grateful, dudes.

And I'm going go out a limb and say that a whole lot of us who call ourselves feminists really don't "need" a villain. We already have plenty! You think we wake up in the morning looking around for stuff to be pissed off about? Ted Cruz is running for president. We have enough to keep ourselves occupied a while here.

But here's the even bigger truth: We don't want to make anybody "not male." Many, many of us — gay, straight, everywhere in between — like men. We want to like men. We work with them and live with them and raise children -- including male children! -- with them and count them as our friends and allies. That's how we know when they're speaking and acting in ways that are legitimately appropriate, and not condescending and crappy. So when we say that you're not doing that, try believing us. Try not curling up in a ball and playing the boo hoo hoo I can't please you people card. Sure you can. You just have to show us you even want to.