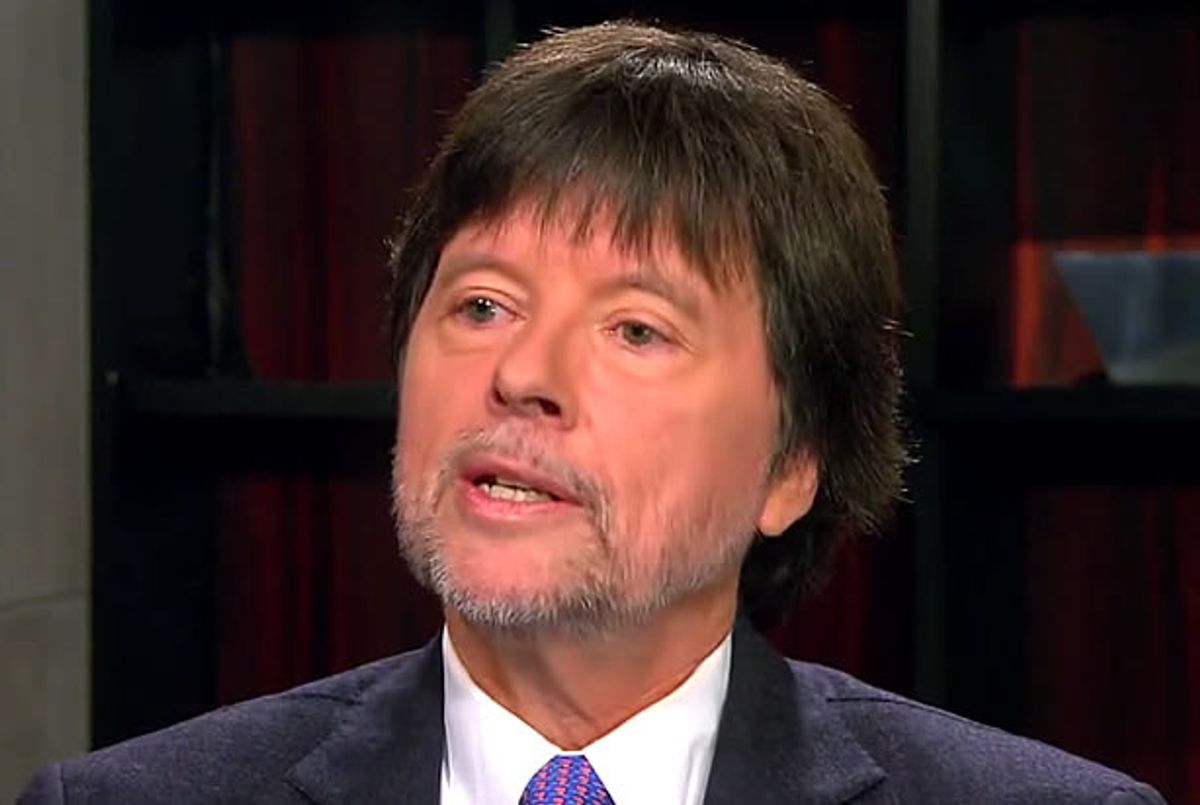 On CBS's "Face the Nation" Sunday, esteemed documentary filmmaker Ken Burns carefully explained to those who don't believe the primary cause of the Civil War was slavery exactly why they're incorrect.

"That we have to remember," he argued, though he admitted that it's also more complicated than that. Still, Burns continued, "that's the reason we murdered each other, why more than two percent of our population, more than 750,000 Americans died, more than all the wars from the Revolution to Afghanistan combined, was essentially over the issue of slavery."

The problem, Burns said, is that "we’ve grown up as country with a lot of powerful symbols of the Civil War in popular culture [like] ‘Birth of a Nation’ -- D.W. Griffiths’ classic -- and ‘Gone with the Wind.'" Both of those films postulate that "the Ku Klux Klan, which is a homegrown terrorist organization, was actually a heroic force in the story of the Civil War. So, it’s no wonder that Americans have permitted themselves to be sold a bill of goods about what happened -- 'it’s about states’ rights,' 'it’s about nullification,' 'it’s about differences between cultural and political and economic forces that shaped the North and the South.'"

The danger associated with this willful misunderstanding of American history is that it obscures the fact that "race is always there, always there. When Thomas Jefferson says all men are created equal, he owns a couple hundred human beings and he doesn’t see the contradiction or the hypocrisy and doesn’t free anybody in his lifetime, set[ting] in motion an American narrative that is bedeviled by a question of race."

"And we struggle with it. We try to ignore it. We pretend, with the election of Barack Obama, that we’re in some post-racial society,” Burns added. “What we have seen is a kind of reaction to this. The birther movement, of which Donald Trump is one of the authors of, is another, politer way of saying the 'N-word.' It’s just more sophisticated, a little bit more clever. He’s ‘other,’ he’s different."

When in point of fact, Burns concluded, the only thing that's "other" about the president is "the color of his skin."

Watch the entire conversation below via CBS News.